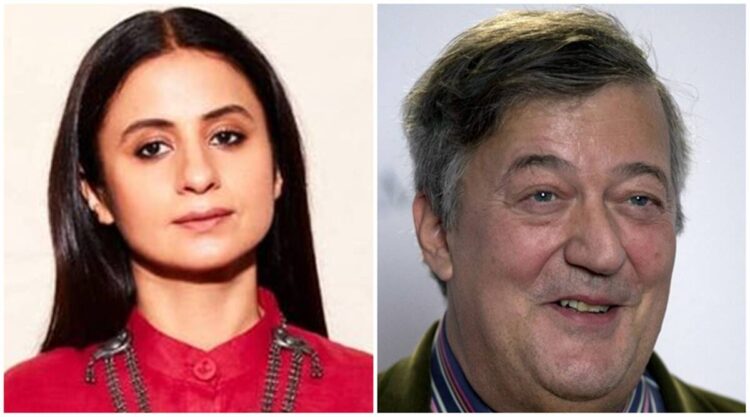 The Empire is set in Imperial India, where the new district magistrate of Darjeeling grapples with the responsibilities of his new post with the help – and sometimes hindrance – of his colleagues, read the official synopsis.

“Anuvab Pal’s script had me in splits when I read it. I had come off a three month long shoot for an intense drama series and comedy is just what I needed,” Dugal said in a statement.

The comedy series will also voice feature Doctor Who actor Michelle Gomez and actor-writer Alexander Owen of Midsomer Murders fame. Dugal has lent her voice for the character of Sapna, a proto-revolutionary.

Announcement.
The sitcom is set in India in 1911.
It stars Stephen Fry, Alexander Owen, Michelle Gomez, Rasika Duggal, Ishan Akbar, and others.
I’ve written it. Ed Morrish has produced/ directed it.
Out on BBC Radio 2 soon. https://t.co/uX6NOG2iM8

The 32-year-old actor said she is honoured to collaborate with the likes of Fry, Owen and Gomez for the show.

“All of us logged in to a zoom call and recorded from studios in different parts of the world from different time zones. It was a delight to witness so much talent and listen to such beautiful voices,” she said. The Empire, which is a Channel X production for BBC Radio 2, will release on Sunday.