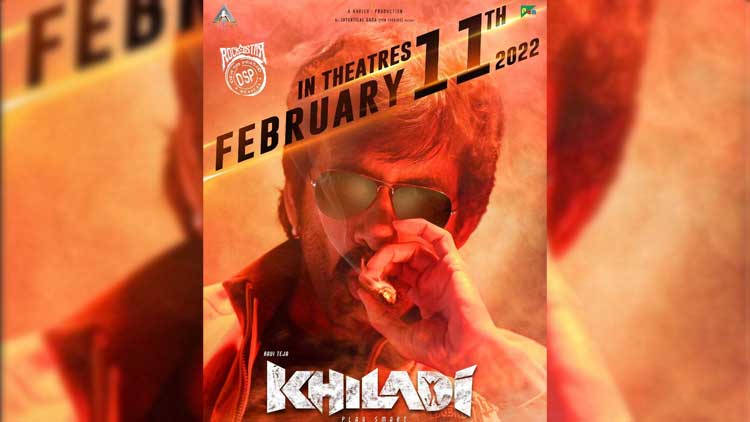 Actor Ravi Teja on Thursday announced that his upcoming Telugu film “Khiladi” will release on February 11, 2022, at theatres.

The action-crime-thriller was initially set to be released in May this year but was pushed due to the second wave of the coronavirus pandemic in the country. “See you in cinemas. #Khiladi February 11th, 2022,” the 53-year-old actor tweeted, along with the film’s poster.

Teja was last seen in this year’s action-thriller “Krack”.