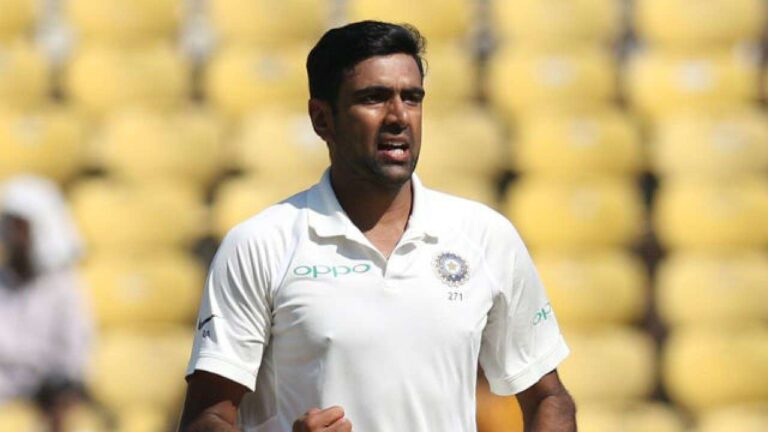 The 35 year old Indian bowler went past the legendary Kapil’s 434 wickets milestone in his 85th match, to become India’s second most successful wicket taking bowler in the Test format.

He achieved the feat when he dismissed Sri Lankan batsman Charith Asalanka in the second innings of the first test match. India won the test match by an innings and 222 runs, with Jadeja’s exceptional performance in the match with his 175 runs knock in the first innings and 9 wickets from the match.

On Sunday, the off-spinner wrote on Instagram, that he never thought of getting past the legendary Kapil Dev, when he started his career and he is very grateful to the game for what he has achieved so far.

The legendary cricketer Sachin Tendulkar also congratulated him on Twitter, his words were “ Fantastic Landmark, Ashwin. The way you were going, it was only a matter of time.”

Kapil Dev’s 434 wickets had come from 131 matches and the legendary Anil Kumble maintains the top spot with 619 wickets from 132 matches. He said it was not easy for the bowlers to get wickets in the first match against Sri Lanka and he had to bowl tightly for a sustained period.

Speaking after the match the off-spinner praised Ravindra Jadeja for his exceptional performance throughout the match and also revealed Jadeja and himself had to sacrifice a few overs to give Jayant Yadav more bowling time.