Home EntertainmentTV Raw Recap: Edge Puts Orton Behind Him, But The Fiend Isn’t Done Yet

Raw Recap: Edge Puts Orton Behind Him, But The Fiend Isn’t Done Yet 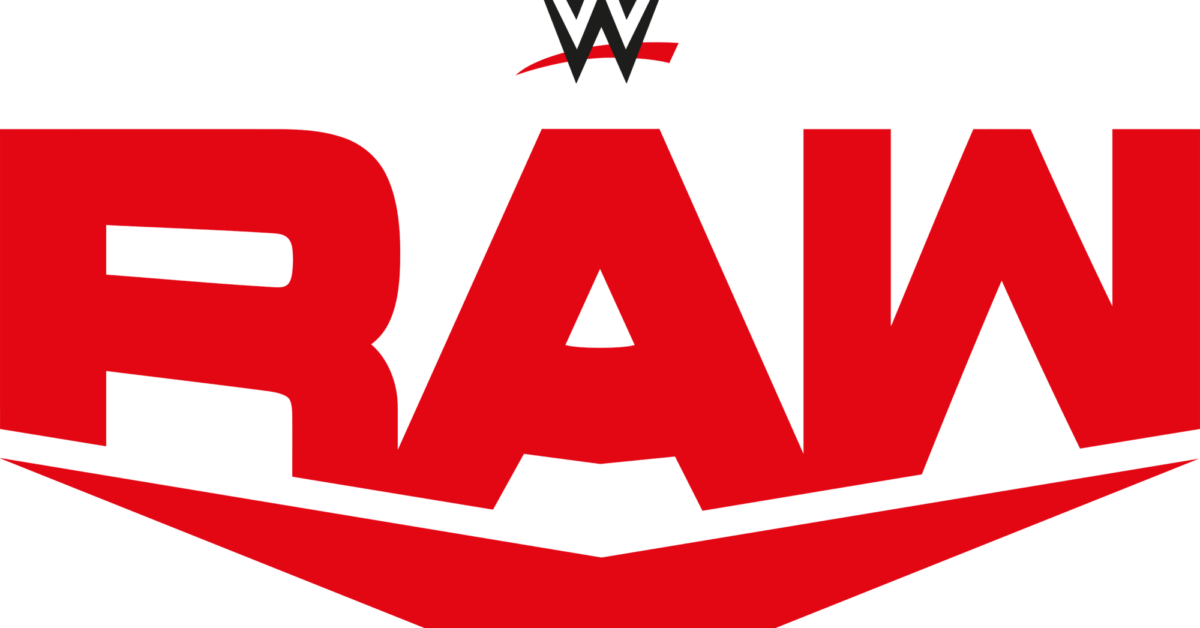 The Royal Rumble is in the record books, and you know what that means, right? Yes, the WrestleMania sign has been hung in the Thunderdome and WrestleMania season is in full effect in WWE. That’s the one time of the year that WWE actually puts real effort into their storytelling. It’s a special time. And this is the first Raw recap of WrestleMania season 2021.

Drew McIntyre comes out to kick off Raw with the obligatory twenty-minute promo. He rambles on about last night’s PPV a bit until he gets to the men’s Royal Rumble match. At that point, Edge comes out. Drew recalls the previous year’s Royal Rumble and Edge’s return. He’s a big fan.

Edge asks McIntyre what’s wrong with him. Why doesn’t he view Edge like a threat? (It’s because you’re fifty, dude.) McIntyre says an opportunist would kick Edge in the head, but Drew McIntyre isn’t like that. Sheamus interrupts. He lectures Edge about showing McIntyre the proper respect and tries to pick a fight.

But McIntyre tells him to back off. He wants Edge to choose his opponent. Edge says not right now. But when he does choose, whoever it is, he’s walking out of WrestleMania as a champion. And, odds are, with another injury that takes him out of action.

Edge leaves. And when Drew has his back turned, Sheamus kicks him in the face.

After commercials, Charly Caruso corners Sheamus and demands answers. Sheamus says he’s tired of being known as just Drew McIntyre’s friend (even though he just started that gimmick a few months ago, and it’s way better than the gimmick he had before, which was piss drinker). But in any case, he wants the belt.

“Riddle” heads to the ring. Bobby Lashley comes out with MVP. They have a match, in which Riddle taps to the Hurt Lock, but only after Lashley refuses to break the hold near the ropes, causing a disqualification.

Lashley continues to hurt lock him excessively after the match. In fact, he Hurt Locks him directly over the ring barricade and into the Thunderdome crowd.

A Bugatti pulls up to the Thunderdome, and Bad Bunny gets out.

After commercials, medics tend to “Riddle,” who is super high.

Randy Orton cuts a promo on Edge backstage. He says Edge made him look like a liar by returning from injury when Orton said he wouldn’t. He says Edge won’t make it to WrestleMania because Orton is gonna end his career tonight. You know, he’s injury-prone, so it’s not out of the question.

Xavier Woods and Kofi Kingston hang out backstage. Kofi says Mustafa Ali’s complaining about Kofi’s 2019 run is bullshit and gives Woods a pep talk about his match, which is happening right now. Woods and Kingston head to the ring.  After commercials, Mustafa Ali follows with T-Bar and Slapjack (and we see a promo he cut in the parking garage earlier while Retribution vamps in the background).

Woods and Ali have a match.

Woods and Kofi retreat up the ramp while Ali and crew seethe in the ring.

Miz and Morrison head to the ring for one of their stupid talk shows. They blather on for a while and then bring out multi-platinum recording artist and wrestling fan Bad Bunny. Tom Phillips nearly ejaculates while talking about how many YouTube views Bad Bunny’s hit song Booker T has.

Miz plays a video recapping Bad Bunny’s part in the Royal Rumble last night, which, if you missed it, was to perform Booker T live. Then, after he rejected Miz and Morrison’s offer to team up with him, Miz smashed his DJ equipment, so Bad Bunny came out during the Rumble and got him eliminated and then hit a splash off the top rope on both Miz and Morrison.

Miz says they were both wrong and should apologize. Miz goes first. Bad Bunny doesn’t reciprocate. Miz says he can help Bad Bunny achieve his dream of becoming a WWE Superstar. In exchange, Miz and Morrison want Bad Bunny to help them record an album. They sing a Spanish version of one of their dumb songs. Bad Bunny is unimpressed and not interested in the deal.

Now Miz is mad, but Bad Bunny says the reason he came here was that a good friend of his wanted to be on Miz TV. Damian Priest, who was in the Rumble last night, is apparently now on the Raw roster, comes out. Now that’s how you make a main roster debut! Priest levels Miz, and Raw takes a commercial break.

When it returns, it’s Priest vs. Miz, which is cool, but not as cool as if it was Priest and Bad Bunny vs. Miz and Morrison. Priest is great. And his arrival is very welcome on the Raw roster. But I wonder if the NXT call-ups have kind of lost their luster with WWE’s sinking ratings. At this point, it’s not a small portion of the audience that watches NXT. It’s at least half the audience.

Anyway, Miz and Priest have a match, in which Priest shows off his moves. For the finish, Morrison tries to help Miz cheat with the Money in the Bank Briefcase, but Bad Bunny stops him then clocks Morrison with a microphone. Priest hits The Reckoning, and it’s over.

I’m glad Priest got to have a cool debut.

As Shelton Benjamin and Cedric Alexander head to the ring, MVP joins commentary for the next match and makes the old “did he pay for that haircut” joke about Bad Bunny. Lucha House Party comes out, and they have a match. Lince Dorado is fighting to become the first openly furry WWE tag team champion, so I’m totally behind LHP. Unfortunately, Gran Metalik blows it for him by getting pinned by Benjamin.

You may have lost the match, Golden Lynx, but you’re living your best life. Never give up your furry lifestyle!

The story here is that Alexander and Benjamin are supposedly on the same page again… or are they?

Charlotte Flair and Asuka vs. Mandy Rose and Dana Brooke vs. Lana and Naomi

Sarah Schriber interviews Charlotte Flair and Asuka. Charlotte claims not to be bothered by Lacey Evans’ banging her dad. Charlotte apologizes to Asuka for letting her drama with Lacey cost them the belts. Asuka doesn’t blame Charlotte, but she does agree that the old man cavorting with that jezebel was distracting.

Anyway, everyone heads to the ring, and then we have us a good old-fashioned triple threat tag team match. You know, the kind that makes no sense because why would you follow tag rules in a triple threat where there’s no disqualification? The match is pretty good, but this is Raw, so you know that won’t last. Rich Flair and Lacey Evans come and cavort on the stage. Charlotte leaves the ring to chase them. Naomi hits Asuka with her ass and gets the pin.

Charly Caruso interviews Drew McIntyre. She asks how he’s feeling (good question, Charly). Drew says he’d be honored to fight Edge at WrestleMania, but regarding Sheamus… McIntyre gets choked up over Sheamus throwing away their friendship. Either that or he still has breathing difficulties from the COVID. McIntyre gives Sheamus a title shot.

Elias and Jaxson Ryker vs. Jeff Hardy and Carlito

Elias and Jaxson Ryker head to the ring for a tag team match. They’re fighting Jeff Hardy and… Carlito! Is Carlito back full time? Commentary implies that he is. Now that… is cool.

What’s not cool is Carlito’s mustache, but I’m not gonna tell him that. They have a match, the main purpose of which is to get the nonexistent crowd excited for a Carlito hot tag. That happens, Carlito hits the Backstabber, Hardy hits the Senton Bomb, and Carlito has a win on Raw in 2021.

Backstage, Edge cuts a promo and talks about his state of mind. He’s in a good mood because he won the Royal Rumble. But Randy Orton is such a buzzkill. Edge accuses Orton of being jealous of his manhood. Edge accepts Orton’s challenge for a match tonight. Edge wants to put Randy behind him so he can go to WrestleMania and take back the championship he never lost. Edge promises to end it tonight.

After some commercials, Edge runs into Damian Priest backstage and compliments him on his performance last night.

Alexa Bliss is in the ring. Nikki Cross joins her. They have a match. It goes on for a while with Cross in control, and then Alexa does one of her transformations into her old self, the one that was best friends with Nikki. Nikki is freaked out. Alexa goes for a hug, but Cross doesn’t fall for it, kicking Bliss in the stomach. Bliss transforms back. WWE is really taking advantage of these camera cuts before the pandemic ends. Bliss wins with Sister Abigail.

As Alexa leaves the ring, Randy Orton comes out for the Raw main event. He doesn’t even acknowledge Bliss as she walks past him. Orton’s entrance is still going after some commercials, and then Edge comes out, and the match finally gets started. It’s basically like a shorter version of their Greatest Wrestling Match Ever, except without any career-threatening injuries and less horrendously fake crowd noise.

It’s actually a pretty good match, but things get weird near the end when Alexa Bliss appears perched on the ring post and dribbling blood out of her mouth. That distracts Orton, who eats a spear from Edge, who wins the match.

Raw goes off the air quickly on that note.

I don’t know if it’s the placebo effect, but Raw feels a little more interesting already. Having Edge back helps. The point is, I didn’t hate watching Raw tonight. That’s progress.