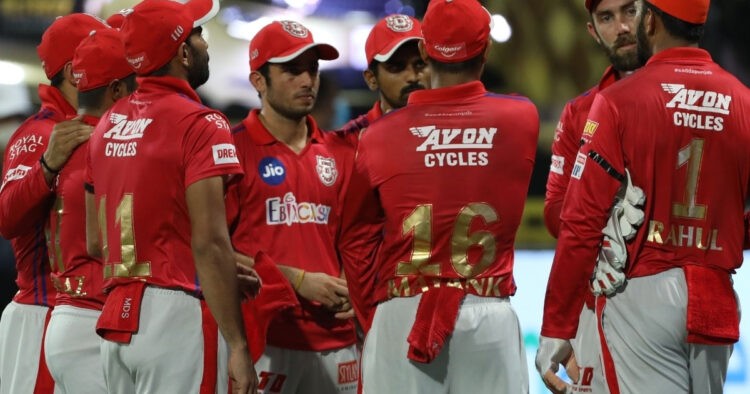 IPL franchise Punjab Kings unveiled their IPL 2021 Jersey earlier today. They uploaded a video on their Twitter handle showing the design of the jersey including their sponsors which find a place in various parts of the jersey. It has an uncanny similarity with the RCB jersey of 2009. Meanwhile. the fans have been speaking about the same all around the social media networks.

While red remains the constant colour, the shoulders and the sleeves have a touch of gold around it and so is the collar. ”The wait is over… Reveal kar rahe hai assi new jersey” the video post was captioned on Twitter. The franchise had earlier changed its name from Kings XI Punjab to Punjab Kings. Also, there is a change in the logo of the team as the new logo depicts a shield inside which the team name has been written with the lion roaring.

shame on u @PunjabKingsIPL can’t u prepare ur own jersey copying from RCB jersey😒 https://t.co/YTqC1ZNZc9

They are Exactly 10 years behind RCB

Punjab Kings are the only side in the tournament along with Delhi Capitals who have never won the IPL title. Delhi reached the finals of IPL 2020 but lost to Mumbai Indians who won their fifth IPL title.

The Punjab Kings will be playing at Mumbai Chennai, Ahmedabad, and Bangalore throughout the IPL season as they begin their campaign on 12th April 2021 against Rajasthan Royals in Mumbai.

Post the completion of the matches in Mumbai, Punjab Kings will travel to Chennai, Ahmedabad, and Bangalore for the remainder of the season. They will not play any match in Kolkata. If in case they qualify for the playoffs, they would travel back from Bangalore to Ahmedabad for the end stages of the tournament.