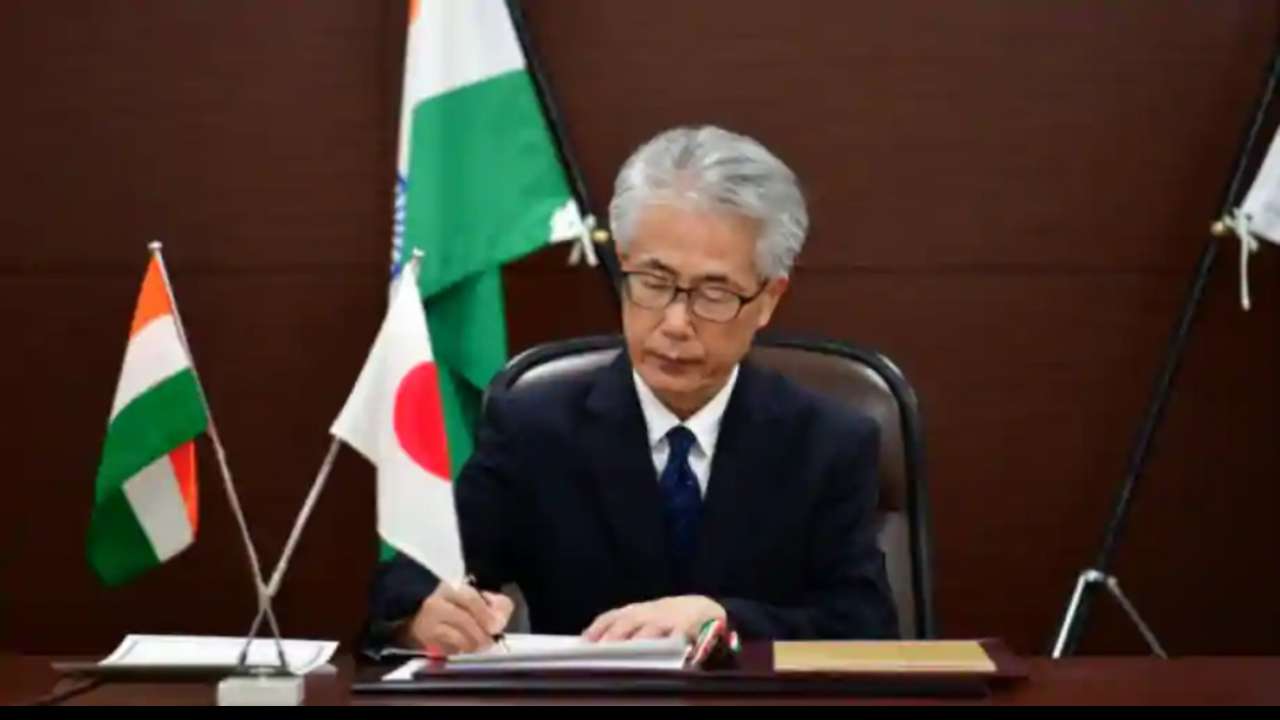 Japanese envoy to India has described RCEP or Regional Comprehensive Economic Partnership countries offer to India for observer status as “exceptional” and “based on our recognition of the significance of partnership with India.” Speaking exclusively to our Principal Diplomatic Correspondent Sidhant Sibal, Japanese envoy Satoshi Suzuki said, “Japan understands the current position of the Government of India concerning RCEP. At the same time, India’s engagement in regional frameworks has strategic importance.”

Earlier this month, the pact with 15 countries of the Asia Pacific came into being but announced that India can participate in the group’s activities as an observer member and left a window open for India to join it at a future date.

Envoy Suzuki speaking on the recently concluded Malabar exercises called an “unwavering commitment of the Quad countries to jointly promote a free, open and inclusive Indo-Pacific.” Asked, if he sees Australia in next year’s edition, he said,” looking forward to seeing the four maritime forces continuing to operate together in the next exercise”

He also spoke on progress on the bullet train, resilient supply chains, on which he pointed out that JETRO (Japan External Trade Organization) has adopted 2 projects from India on rare earth and automobile keyless entry parts under the “Program for Strengthening Overseas Supply Chains.”

Satoshi Suzuki: Through a number of working-level consultations and two Foreign Ministers Meetings among the Quad countries, we have found significant convergences in our approaches to ensure a free, open and inclusive Indo-Pacific and tremendous potential to augment individual efforts by working together. The Malabar exercise this year was a great example of such joint efforts. By operating together at sea, the four maritime forces strengthened partnerships among them, which is the foundation of cooperative actions to maintain a rules-based maritime order. Moreover, the exercise displayed unwavering commitment of the Quad countries to jointly promote a free, open and inclusive Indo-Pacific. I am looking forward to seeing the four maritime forces continuing to operate together in the next exercise on.

Q:  On Indo Pacific cooperation, how does the Suga administration sees it. Any new initiative expected under the new Japanese leadership?

Satoshi Suzuki: Prime Minister Suga expressed that his administration will continue to uphold and attach significance to a free and open Indo-Pacific. He emphasized this in his first telephone conversation with Prime Minister Modi on 25th September and in the recent East Asia Summit meeting. India is a prime partner in achieving this shared vision of Indo-Pacific based on the rule of law. That is why Japan has just recently become a leading country in the connectivity pillar of the Indo-Pacific Ocean’s Initiative (IPOI), which was proposed by Prime Minister Modi last year. COVID-19 has made the importance of international cooperation even more salient. Japan continues to cooperate with India and other like-minded countries to realize a free, open and inclusive Indo-Pacific.

Q: On covid cooperation, how things have been. Anything on Vaccine production, jointly?

Satoshi Suzuki: Japan has been partnering with India in the fight against COVID-19. Japan’s assistance is extensive, ranging from 50 billion yen (about Rs 7,500 crore) budget support and 1 billion yen (about Rs. 150 crore) grant assistance, to support through international organizations such as UNDP, UNICEF, UNHCR and IFRC. For example, Japan is providing oxygen generators and is helping the Government of India to implement her policies, including the development of hospitals equipped with ICUs and infection prevention and management facilities as well as the enhancement of telemedicine using digital technology in numerous villages across India. Vaccine could be a possible future cooperation. Japan is also working with our Indian friends to bolster Indian economy after COVID-19. JBIC (Japan Bank for International Cooperation) signed loan agreements (totaling 11,000 crore）with the SBI and NTPC at the end of October, in order to boost India’s automobile and solar power generation sectors. METI (Ministry of Economy, Trade and Industry) is working with the Ministry of Commerce and Industry to increase the competitiveness of Indian industries so that the Indian economy will strongly and sustainably grow.

Q: How is the alternate supply chain project going. India, Australia, and Japan started the process. Is Japan giving special incentives for companies to be part of it. How many countries are keen on it?

Satoshi Suzuki: Commerce/Trade Ministers of Japan, India and Australia concurred to launch a new initiative for resilient supply chains in the Indo-Pacific region when they met online in September. The Ministers are aiming at launching this initiative by the end of this year and are in a process of consulting with other interested countries. In relation to this initiative, I would like to touch upon that JETRO (Japan External Trade Organization) is implementing the “Program for Strengthening Overseas Supply Chains.” I am pleased that two projects were adopted from India concerning rare earth and automobile keyless entry parts. They are the first and only projects adopted outside ASEAN countries. I hope these efforts will help our shared objectives for realizing resilient supply chains.

Q:  India and Japan have been working on several projects, both in India and abroad. In India, the bullet train is something much celebrated. How has the progress been? Has it been impacted by COVID? Also, 3rd countries project any update?

Satoshi Suzuki: India is the largest recipient of Japan’s ODA, while Japan is the largest bilateral donor to India. Our assistance ranges from big scale infrastructure projects such as the Mumbai-Ahmedabad High-Speed Rail (MAHSR) to more grass-root-level efforts. Japan is also a staunch partner for the development of strategically important India’s North East. Of course, COVID-19 has had some impact; but to take the example of the MAHSR, tender for the largest civil work segment has recently been awarded. This example attests that Japan is fully committed to earnestly implementing ODA projects notwithstanding COVID-19. Importantly, these civil works will also serve as a sizable economic stimulus in the midst of COVID-19, as they are performed by Indian companies.  Japan-India cooperation in third countries is important to realize our shared vision for a free, open and inclusive Indo-Pacific. Japan and India are working together in Bangladesh, Sri Lanka, Myanmar and elsewhere in order to enhance connectivity and realize better livelihood. We are keen to continue and expand our collaborations.

Q: Any high-level engagement between Suga-Modi admin, any plans for virtual summit?

Satoshi Suzuki: At the first telephone conversation between Prime Minister Suga and Prime Minister Modi, it was confirmed that annual Summit meetings would be resumed once the situation related to COVID-19 be improved. I hope that the situation will improve to permit us to hold the meeting between the two PMs at the earliest possible and mutually-convenient time.

Q: What do you think of India and RCEP. RCEP has taken off but invited India for observer status.

Satoshi Suzuki: Japan understands the current position of the Government of India concerning RCEP. At the same time, India’s engagement in regional frameworks has strategic importance. Our shared vision for a free, open and inclusive Indo-Pacific is also underpinned by our emphasis on the rule of law. From this perspective, Japan took a lead in drafting the Ministerial Declaration on India’s participation in the RCEP, which was endorsed by the Joint Leaders’ Statement issued on 15th November. The Declaration expressed the willingness of other 15 countries to commence negotiations with India once India so wishes. It also allows India to join as an observer related meetings even before acceding to the RCEP if India so wishes. This means that we keep the door open to India, which can enjoy certain benefits even while remaining in the current position. I believe this is an exceptional offer to India, based on our recognition of the significance of partnership with India.