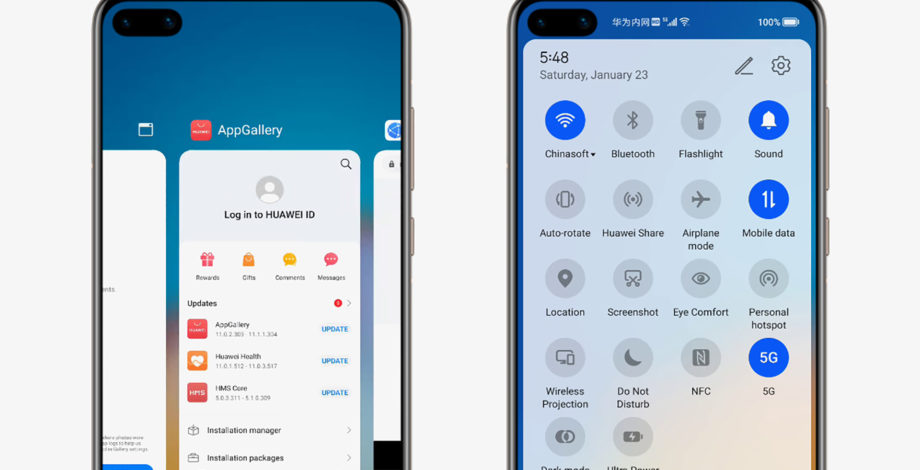 When news of the still-ongoing Huawei ban broke in 2019, the company quickly revealed its “Plan B.” It turned out Plan B was to be known as Harmony OS (or Hongmeng OS in China). Huawei stated that its new mobile operating system would work on smartphones, IoT devices, wearables, and more. It would unite all tech platforms — and prevent Huawei from needing to rely on Google.

Catch up: The Huawei ban: A complete timeline and everything you need to know

However, Ron Amadeo over at Ars Technica gained access to an early beta version of that system for smartphones, and it definitively reveals that it is not so different from Android. In fact, it appears Harmony is actually just Android 10 skinned with EMUI and a few slight changes.

Harmony OS: Android by any other name

In the Ars Technica article, you can see tons of screenshots of the system. The screenshots come from what Amadeo assumes is a physical device located somewhere in China. Huawei prevents anyone from actually downloading the operating system. Instead, you need to virtually access this physical phone over the internet.

What’s more, Amadeo needed to submit his passport and a photo of his credit card (!!!) as part of his application to access Harmony OS. After a two-day verification period, he finally could check out the system. By contrast, anyone can download the Android SDK for free with zero application requirements.

Once he had access, Amadeo discovered that the system was strangely familiar. He found multiple references to Android files and saw carbon copies of Android features, including dark mode, gesture navigation, settings permissions, and even the distinctive notification panel.

We’re not going to rehash the whole thing here as you should absolutely read the article. However, it does not paint a good picture of Huawei’s current ambitions to continue on in the smartphone market without Google.

OnePlus 7 and 7T lines are finally getting their first taste of...

Quibi will rise from the grave as its shows will be streamed...

Netflix not working on an LG TV? Here’s how to fix it

How to Sign Up and Use Leher App — an Indian Alternative...