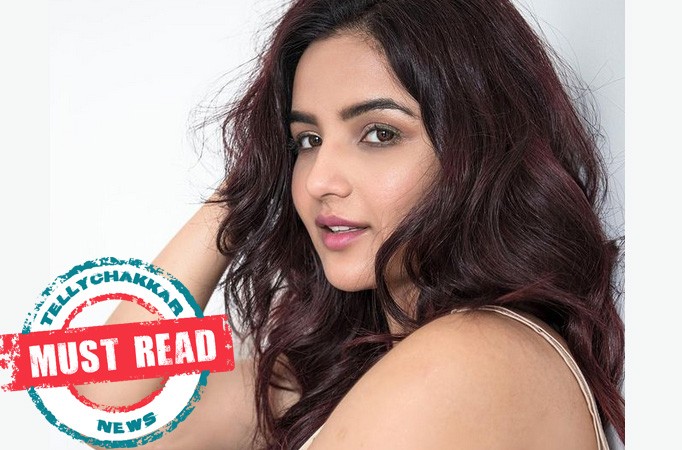 MUMBAI:  Actress Jasmin Bhasin is an Indian television actress who was last seen as an active inmate in Bigg Boss 14.

The actress hails from a Sikh family who are based in Kota (Rajasthan) and has completed her schooling from there itself. Later, she graduated from a hospitality college in Jaipur before embarking upon modelling as her first step towards the world of glamour and showbiz.

After getting an offer to work in a modelling assignment, she got featured as a model in various print and digital advertisements and promoted brand-products like Odonil, Himalaya Neem face wash, Dabur Gulabari, etc. She was spotted endorsing many popular makeup brands and products around that time.

Now, let’s take a look at the telly actress’ journey to stardom from the start till date:

1. While working as a model for a jewellery brand for the first time, Jamin was spotted by a Tamil director who offered her a Tamil movie, wherein she could feature as it’s female lead. As a result of which Jasmin got and seized her first ever chance of featuring on the silver-screen even before her small-screen debut with the Tamil movie Vaanam that released in 2011, wherein she played the role of Priya.

2. After her Tollywood debut, three years later, Jasmin bagged four more South-Indian movies in the same year of 2014, namely – Karodpathi (Kannada), Beware of Dogs (Malayalam), Dillunnodu (Telugu) and Veta (Telugu). 2014 was indeed a very busy year for the actress. She also kept on featuring in other commercials simultaneously.

3. In 2015, apart from doing another South film named Ladies & Gentlemen (Telugu), Jasmin got her first ever small-screen debut in the Hindi entertainment industry with the role of the female-lead in Zee TV’s Tashan-e-Ishq, which went by the name of Twinkle Taneja and she earned immense fame and desirable success with the same. She even won the Gold Awards for the ‘Best Debut (Female)’ and ‘Best Jodi’ categories for her excellent performance in Tashan-e-Ishq.

4. After 5 years, Bhasin did another Tamil movie in 2016 named Jil Jung Juk and played the role of Soni Sawant therein. This is her last South-Indian film as of now.

5. In 2017, Bhasin got her second venture in the Hindi industry with Colors’ Dil Se Dil Tak opposite Sidharth Shukla and Rashami Desai, wherein she again played the lead-role of Teni, who characteristically was a bubbly and carefree Gujarati girl. Later, her character turned into a surrogate mother for a child-desiring couple. This series again helped her garner massive fame and recognition.

6. With no big deals in 2018, Jasmin returned to the small-screen as protagonist Happy Mehra for Star Plus’ Dil Toh Happy Hai Ji in 2019. However, she went unnoticed for this role and the show couldn’t meet it’s own mark.

7. Later, Bhasin was replaced by Donal Bisht in the show as she left to participate in reality-game shows like Fear Factor: Khatron Ke Khiladi 9 and Khatra Khatra Khatra. Jasmin went on to secure the 7th position as the former’s contestant.

8. After that, Jasmin got her third massive small-screen break with Ekta Kapoor’s supernatural drama Naagin: Bhagya Ka Zehreela Khel 4, which aired on Colors’ TV. She played the role of the female lead Nayantara. Her performance therein was again lauded by the audience as a deserving Naagin.

9. The actress again contested for Fear Factor: Khatron Ke Khiladi – Made in India in 2020 and this time, she secured the 2nd runner-up position for her.

10. In late 2020, Bhasin suddenly became a  household fame post-participating in Bigg Boss 14, for her task stints, on and off tiffs with inmate Rubina Dilaik and her indoor chemistry with co-inmate and best friend – the Yeh Hai Mohabbatein fame Aly Goni. Despite securing the 12th place, Jasmin’s popularity for her show’s stints garnered her massive fame even after her eviction. Her fans keep trending her on Twitter every now and then on various occasions.

11. After Bigg Boss 14’s commencement, both Aly and Jasmin teamed up with singer Tony Kakkar for her and their first ever MV – ‘Tera Suit’. The peppy track is highly popular amid the audience.

Looking at this detailed flowchart, actress Jasmin’s achievements are highly commendable which clearly enhances her hard toils so far. We wish the actress goodluck for her upcoming ventures ahead!