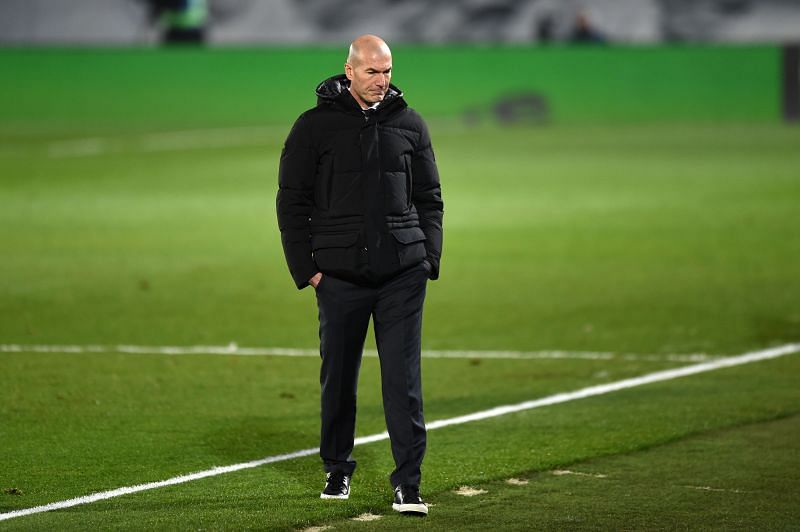 Real Madrid are just a few hours away from travelling to Deportivo Alaves for their 19th LaLiga Santander encounter of the campaign. The Blancos essentially cannot afford to lose even a single game in the league if they have any hope of retaining their Spanish title as rivals Atletico Madrid have a handsome seven-point lead with a game in hand over them.

Ahead of the game, here, we take a look at some of the latest Real Madrid transfer news.

Real Madrid could be set to re-purchase Sergio Reguilon

Spanish star Sergio Reguilon could be set for an early exit from new club Tottenham Hotspur as Real Madrid ponder over bringing him back to the club. The Blancos academy product was in high-demand last summer, and Jose Mourinho’s Spurs eventually won the race for his signature, but not without any strings attached to the deal as Real Madrid have contingencies in place.

The Spanish champions have a €45m buy-back clause in the deal that saw Reguilon move to North London, and Real Madrid are reportedly considering exercising this option come summer. With Marcelo expected to depart the club, Reguilon could prove to be the perfect foil for Ferland Mendy as they look to revamp the squad.

There has been some speculation over the future of Moroccan star Achraf Hakimi’s future at Internazionale due to the Italians’ financial troubles. 24-year-old moved to Antonio Conte’s side from Real Madrid for €40m after the conclusion of his two-year loan spell with Borussia Dortmund.

While their initial agreement was that the €40m fee would be paid in four instalments of €10m, the first one was due in December but was agreed to be postponed until March. However, due to Inter’s financial crunch which has led to them looking for new investors as well, Spanish media claim that there could be a possibility of Hakimi moving back to Real Madrid to wipe off the debt via a ‘repossession’ clause in his contract.

After reiterating that the two clubs’ relationship is ‘very friendly, Hakimi’s agent said;

“We haven’t received any calls from [Real] Madrid. Achraf is happy at Inter and is only concentrated on doing his best for Inter. His objective is to win with the Inter shirt, and he’s not thinking about anything else.”

While Sergio Ramos’ future has dominated the transfer headlines all over Europe over the last few months, there could be more reason to panic for the Blancos faithful as it has been reported that Raphael Varane is considering an exit. The Frenchman has played a pivotal role in both Real Madrid and France’s recent successes and is regarded as one of the best central defenders in the world.

However, a report from Spain claims that Varane wants to pursue a new challenge after amassing immense success with Real Madrid, and believes that his time at the Spanish champions is nearing the end. With his contract also set to expire in the summer of 2022, Real Madrid would hope to tie down the 27-year-old to a longer deal and secure the futures of one of their most important players. The Blancos, however, could be boosted by the potential arrival of David Alaba from Bayern Munich.

Also read: Midfielder on his way to Premier League, Blancos target unlikely to depart from club, and more