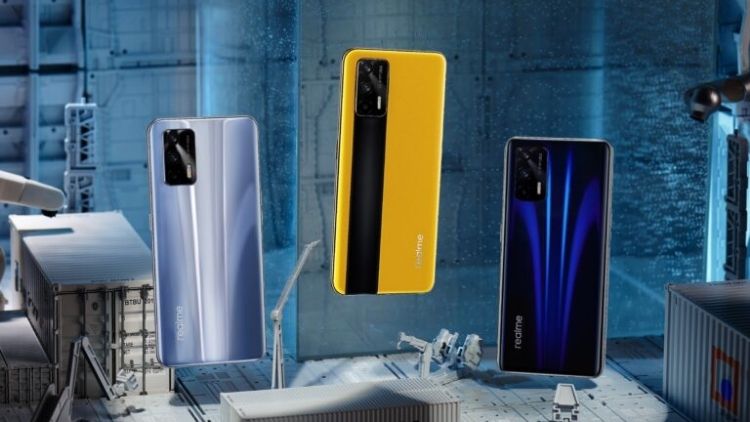 Chinese tech brand Realme has been teasing features of the Realme GT 2 Pro for the past few days. The brand also confirmed its launch date as December 20.

Amongst this announcement, the base model (Realme GT 2) has also been spotted on the official Realme site.

The vanilla Realme GT 2 has also been seen on the company’s Indian website. This hints towards its imminent launch in India. No official date has been announced sadly. But the device will be up for grabs in China by December 20.

From all the recent teasers, it has been leaked that the Realme GT 2 series would have a paper-like design. The Pro model includes a 150-degree ultra-wide along with it. We also know that the Pro model will be powered by the newly launched Snapdragon 8 Gen 1 chipset.

From previous leaks, we know that the Realme GT 2 Pro will have a design much like the Nexus 6P from 2015.

According to the specs, the Pro model is also supposed to have a 6.8-inch WQHD+ OLED display with a 120Hz refresh rate. The 4nm Snapdragon 8 will be clocked at 3 GHz. It should provide “up to 30 percent improved CPU performance and up to 20 percent improved efficiency”, claims Qualcomm. The Pro model is expected to be offered with up to 12GB RAM and 256GB of storage.

In terms of the camera unit, the Pro may come with a triple rear camera setup. This includes a 50-megapixel main unit, a 50-megapixel ultra-wide lens, and an 8-megapixel telephoto lens. The front camera could be a 32-megapixel unit. It will also have a 5000mAh battery to boot.

Pricing for these models is still a mystery. Since the GT 2 Pro is the brand’s first premium phone, it might be considerably expensive. The original GT was priced at Rs 42,000 (about $550). We expect the successor to be priced at roughly the same amount. The Pro ,however, might be priced closer to Rs 60,000 (roughly $799).