Home EntertainmentHollywood Rebel Wilson Gambles $90K At Jimmy Kimmel’s ‘Who Wants to Be A Millionaire’, Here’s How Much She Won!

Rebel Wilson Gambles $90K At Jimmy Kimmel’s ‘Who Wants to Be A Millionaire’, Here’s How Much She Won! 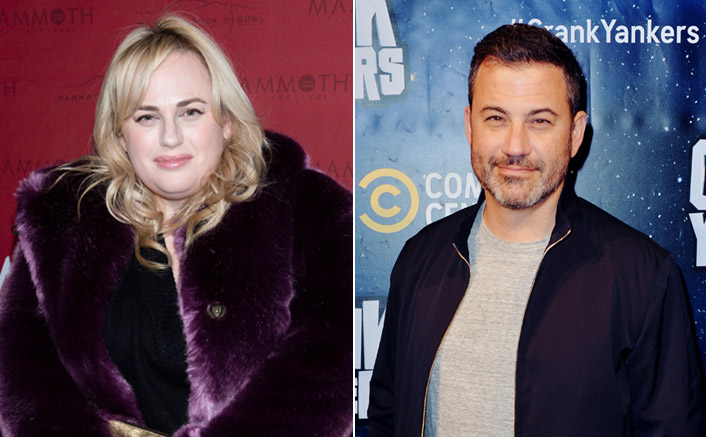 Australian actress and comedian Rebel Wilson recently appeared on Jimmy Kimmel hosted the US version of Who Wants to Be A Millionaire on ABC. The actress was seen putting her knowledge to the test to raise funds for the School of St Jude in Tanzania.

Pitch Perfect actress found herself in the toughest moment when she reached the $250,000 prize – with a niche question about US coins. She was asked what the first coins produced by the US mint were rumoured to have been crafted from. Her options were: A) Alexander Hamilton’s gold inkwell, B) Ben Franklin’s pewter beer steins, C) Martha Washington’s silverware, and D) Thomas Jefferson’s copper sink.

However, Rebel Wilson replied, “This is a heavy US question. Unfortunately, because I didn’t go to school in America, I’m pretty sure I know who all the presidents were, but I don’t know the timeline.” The actress then recalled watching Hamilton the Musical, wherein Martha Washington named her cat after Alexander Hamilton.

Rebel said, “For some reason, I’m thinking Martha Washington’s silverware, but it’s a complete guess. But maybe I’m gonna take the gamble, knowing that I could personally donate to the charity if I’m wrong.”

Jimmy Kimmel, who seemingly impressed by the actress’s commitment, said, “You would make up the $93,000 yourself?” To which, she assured saying, “I would, ‘I’m that type of girl.” The host then replied, “Which is very nice! Also a little bit crazy.”

Rebel Wilson admitted that she is crazy and said, “But I’d hate to lose it for my own. I’m just gonna go with answer C. And the final answer. Knowing my charity can’t lose either way.” Kimmel then said, “You took a one-in-four shot at this.”

However, the Bridesmaid actress bagging a huge quarter of a million for the school by giving a correct answer. Jimmy Kimmel then praised by saying, “However you got to it, you got to it! And you got $250,000!” He then also asked her how the money could be useful for St Jude’s, and the actress said that it could get “five big school buses” after Rebel Wilson’s recent $50K donation.