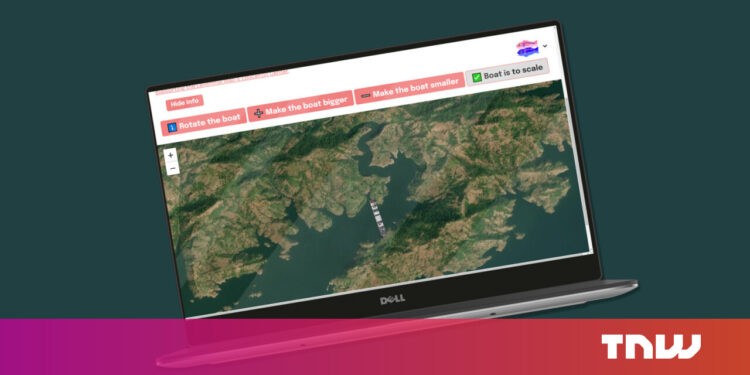 It finally happened: The massive Ever Given cargo ship that’s been blocking the Suez Canal and holding up traffic has been freed at last by salvage crews. It likely caused many a sleepless night for shipping crews and importers worldwide over the last week — but it also gave the world a boatload of relatable memes, and something to chuckle about for a minute back there.

That doesn’t mean you have to stop humming sea shanties and put the Ever Given out of your mind, though.

Drop anchor on this page and play with the interactive map, which lets you move the infamous ship anywhere on the globe to jam other waterways, compare it to the size of the closest water body near you, or drop it on land to add to your town’s list of monuments.

It’s fun to see just how much trouble this 400m long ship can and can’t cause. For example, it wouldn’t really block traffic on the English Channel, the world’s busiest waterway — but it could certainly annoy a lot of folks on the Panama Canal.

The app was built by Garrett Dash Nelson, the Curator of Maps & Director of Geographic Scholarship at the Leventhal Map & Education Center. You can follow his Twitter thread to see more visualizations of the ship in other waterways around the world.