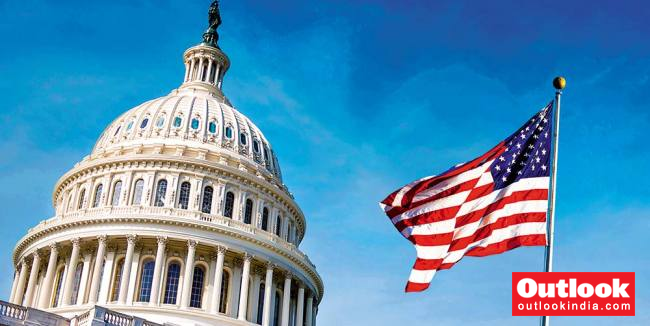 The November election in the United States took place under most extraordinary circumstances. A deadly pandemic, historic levels of unemployment, massive protests against racism and deep polarisation defined the context within which the electoral battle played out. Despite the odds, supporters of President Trump and all those who wanted him out of the White House participated, leading to a high turnout with an unprecedented number of mail-in ballots. When polling started on November 3, more than 100 million had already voted. Americans meant business. After all, this was no ordinary election. Defeating something larger than the man, i.e. Trumpism, turned into a goal for millions. Yet, Trump did not lose in political terms. Over 70 million Americans continue to support his world view—a toxic mix of high-pitched populist rhetoric underlined by xenophobia, racist overtones and a directness that politicians usually avoid.

Donald Trump’s ascension to the highest office gave voice to White working and middle classes who have faced unp­recedented economic decline in the past few decades. Two-thirds of Americans have no emergency savings and most live ‘paycheck to paycheck’; in many parts of the country the minimum wage has not been upgraded for years. Skewed globalisation and neoliberalism have fueled inequality, bringing it to the levels of early 20th century, when such economic phenomenon led to cataclysmic changes in the politics of the West. This time, the fast-changing demographic have added to the anxiety. Roughly 40 per cent of the population is non-White and the fear that White sup­remacy shall dwindle over the next few years is real. Trumpism, therefore, has a formidable base and plays on economic and racial insecurities.

Trump blundered in his handling of both the COVID-19 pandemic and the police brutality protests that shook America and the world. Where competent handling of the virus could have well bolstered Trump to victory, he instead chose to downplay the advice of doctors and scientists, misrepresenting the risk of the virus. Small wonder that the US remains the most affected among developed nations. Countries with far less resources have handled the pandemic better. This is one of the reasons why the vulnerable senior voter population chose not to support him.

Mishandling the protests against police brutality also hurt him. Commentators have noted that “Trump sought, like Richard Nixon in 1968, to ride a wave of white racial angst over race riots to a presidential victory…accusing Democrats of supporting lawlessness and riots”. This excessive pandering of the Trumpists throughout his presidency and the campaign was bound to alienate other groups within the voting population.

Biden must show that he’ll not pander to the discreet norms of White elitism. The racially toned centres of power need reform.

In a recent interview, the leading public intellectual Noam Chomsky, nearly invisible in corporate media, stated that while Biden won the election, Trump did concerningly well and the fact that people came out at all in his support is a huge victory for him. Trump, despite losing, succeeded at “[tapping into] reservoirs of anger and economic resentment among the working and middle classes who have been subjected to the bipartisan neoliberal assault of the last 40 years.” Trumpism also blames American elites for their troubles. This is not too different from the strongmen playbook in other parts of the world. The irony is that these figures rise to power and serve the very elites they condemn. But Trump gained White America’s trust in a way no politician has accomplished before. Of course, Trump cannot be singled out for White supremacy—racism and xenophobia are integral to American culture since its inception. In Trump they found a national and global mouthpiece.

The ultra-rich minority in America have more influence on federal policy than the ave­rage American does. Sam Pizzigati quoted Thomas Ferguson of The Institute for Economic Thinking, acknowledging that “making real change like taxing the rich and passing Medicare for all requires ‘a real mass movement not dependent on the goodwill of the super-rich.’” Research analysts Shawn McGuire and Charles Delahunt mention “the underlying disease—money-driven policy outcomes—leading to present-day symptoms goes mostly unspoken”.

Economic stress, COVID-19 and racial tensions were key issues in the presidential elections. The Fox News exit polls demonstrated that Medicare for All­—public health insurance—was supported by the American people. While the Democrats lost Florida in the presidential race, the state voted for a $15 minimum wage, an issue that Bernie Sanders and the Democrats have argued for. Esssentially, Americans want a bigger role of the government in leading a transition to a green economy, and free college is popular with them. Trump had promised a lot but his delivery remained a mix of Republican tax cuts for the rich and lip service to the impoverished.

Once the celebration of Trump’s defeat ends, pressure on Biden will mount to deliver on containing COVID-19 (not going anywhere despite media euphoria on vaccines) and the economy. Robert Freeman noted in a piece for Common Dreams, “Until those legions of humiliated working-class Whites have some of their dignity restored through meaningful work, they will continue to fester and infect any polity of the next 100 years.”

While Trumpism is a reality and a political force to contend with, the coalition that rallied under Biden-Harris campaign—progressives led by Bernie Sanders and those on the right of the democratic spectrum—agreed on the single-point agenda of ousting Trump. The progressive activists with their grassroots organising were critical in creating the united front “to defeat Trump”. The progressives have been rallying to challenge the “corporate Democrats” and have long argued that neoliberal policies have alienated the working class whilst protecting the rich. Biden’s centrist rec­ord and tone will be called into question and he would need to keep this coalition together for effective governance, for Trumpism will challenge every decision that he might take. Biden will need the progressives but the prescriptions of the latter are likely to clash with the corporate power that is also vital to claim and sustain power in America. But these divisions will not be easy to navigate and manage; this will be the greatest challenge for Biden as he finds a team. With a hostile Senate and a slim majority in the Congress (and that could change too), things will be tough. Perhaps the greatest of challenges will be to tackle systemic racism, as both Biden and Harris mentioned in their speeches. Mainstream media commentaries have focused on how Trump managed to secure the Hispanic vote. Confusion has been cast in the direction of the Cuban community who voted, in large part, for Trump in spite of his anti-immigrant rhetoric. This attention put upon the Cuban community (and Latino people in general) “seems to underplay the fact that White voters are largely responsible for the Trump presidency”. Black and brown communities cannot be treated like monoliths, and attention must be paid to the fact that Donald Trump was voted president in 2016 because White people voted overwhelmingly for him. Biden did not win 2020 in a landslide for the same reasons.

Perhaps the biggest symbolism of this election has been Kamala Harris—the first female and the first person of colour to be assuming the office of vice president. Her record is mixed but her presence in the administration and potential to be the president at a later stage is of immense significance. In a highly charged and polarised political environment, the task of the Biden-Harris duo will be even more challenging. The pressure to appease those on the right will resurface, as it did under Obama. Biden will have to demonstrate that he is not returning to the discreet norms of White supremacy and elitism. There is long-due reform needed within the racially constructed oligarchic institutions of power. That is an area where Biden-Harris will be tested.