Home General Reginald Foster, Vatican Latinist Who Tweeted in the Language, Dies at 81

Reginald Foster, Vatican Latinist Who Tweeted in the Language, Dies at 81 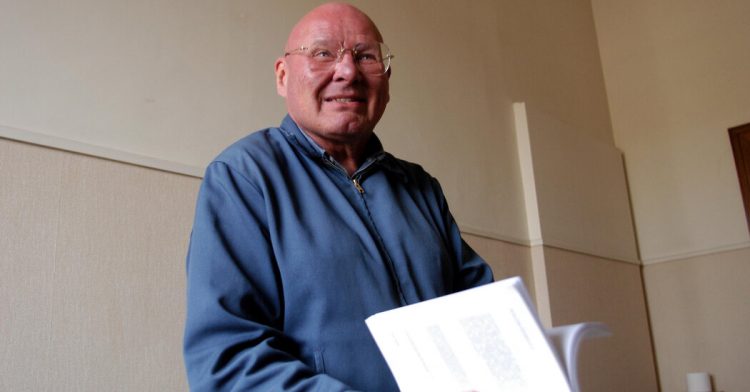 But to many students, he knew, those paradigms formed a tightening web that strangled ardor.

Clad in his favorite professional attire, a blue jumpsuit from J. C. Penney (“This is the kind of thing that workers in America wear,” he said) with a piece of chalk in one hand and a wineglass — sometimes the whole bottle — in the other, Father Foster immersed his pupils in the living, breathing organism, rife with splendid oratory, gripping prose and more than a few period dirty jokes, that was Latin.

“You do not need to be mentally excellent to know Latin,” he said in the Telegraph interview. “Prostitutes, beggars and pimps in Rome spoke Latin, so there must be some hope for us.”

In 2006, however, he was dismissed from Pontifical Gregorian University in Rome, where he had taught for decades, because of his longstanding refusal to charge his students tuition. Father Foster continued the class, speakeasy-style, in a series of off-campus locations.

To his students, who included clergy and laypeople of all faiths (“You don’t have to be Catholic to love Latin,” he liked to say), he put paid at top volume to any lingering doubts about the relevance of his subject.

“IT’S OUT OF THIS WORLD!” Father Foster bellowed in a class described in the book “The Future of the Past” (2002), in which the journalist Alexander Stille describes the fate of history in the postmodern age. “LATIN IS SIMPLY THE GREATEST THING THAT EVER HAPPENED!” Father Foster said, according to the book, which devotes a chapter to him.

If things had gone according to expectation, Father Foster would have been a plumber.

Reginald Thomas Foster was born in Milwaukee on Nov. 14, 1939. His father was a plumber, as was his grandfather, and as a boy, Reggie assisted his father in his work. A shy, bookish, ceaselessly curious child, he knew very early, he later said, that he wanted to be a priest. From the age of 13, when he declined his first noun, spinning out its endings like a silver thread, he knew he wanted to be a Latinist as well.

In 1955, at 15, he entered a Carmelite training seminary in New Hampshire, formally joining the order in 1959. He moved to Rome for theological study in 1962 and was ordained as a priest in 1966.