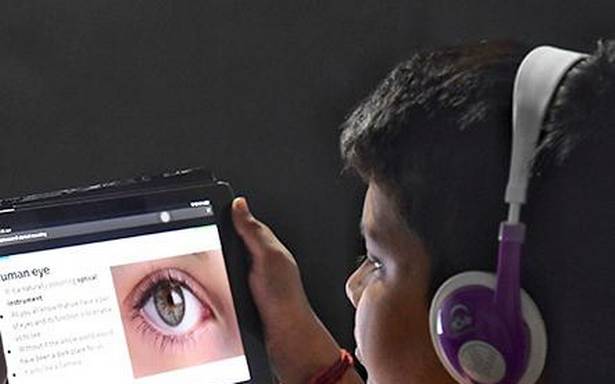 Lack of adherence to SOPs led to a mini-cluster at IIT-Madras, says Chief Minister

Chief Minister Edappadi K. Palaniswami on Thursday said the government would consider reopening schools only after the incidence of COVID-19 comes down.

After reviewing COVID-19 preventive measures and developmental works in Perambalur, Mr. Palaniswami told mediapersons that parents and the Opposition parties were not in favour of reopening of schools.

The Chief Minister said the government would wait until cases came down in other districts and not rush into reopening schools as it was a matter of lives and the government had to handle it cautiously.

Earlier, in Ariyalur, he attributed the mini-COVID-19 cluster at IIT-Madras to a failure to adhere to the standard operating procedure.

Efforts had been made to control the further spread of the virus on campus, he said.

The Chief Minister, who also inaugurated an Amma Mini Clinic in Lathuvadi, Salem district, denied the Opposition’s charge that the State had failed to control the spread of the infection.

It was because of the government’s sincere and pro-active steps that the transmission of COVID-19 had been brought under control to a large extent in the State.

“We have successfully brought down the COVID-19 fatality rate. Earlier, the Opposition criticised us and asked us to see Delhi and Kerala. Today, cases are increasing in Kerala and Delhi, and the Opposition is silent,” he said.

Asked about the delay in handing over land for the construction of the All-India Institute of Medical Sciences (AIIMS) in Thoppur, Madurai, he said the State had made it clear that land would be provided and the process of classification of land had to be done.

The Central government had taken steps to get financial assistance for implementing the project. Steps were taken to clear all issues and the land would be handed over in time, the Chief Minister said.

On the naming of mini clinics in English, instead of Tamil, he said the word “mini” was widely used by people, like “cycle”. The name was meant to reach the people and there was no intention of avoiding Tamil, Mr. Palaniswami said.

(With inputs from Salem)