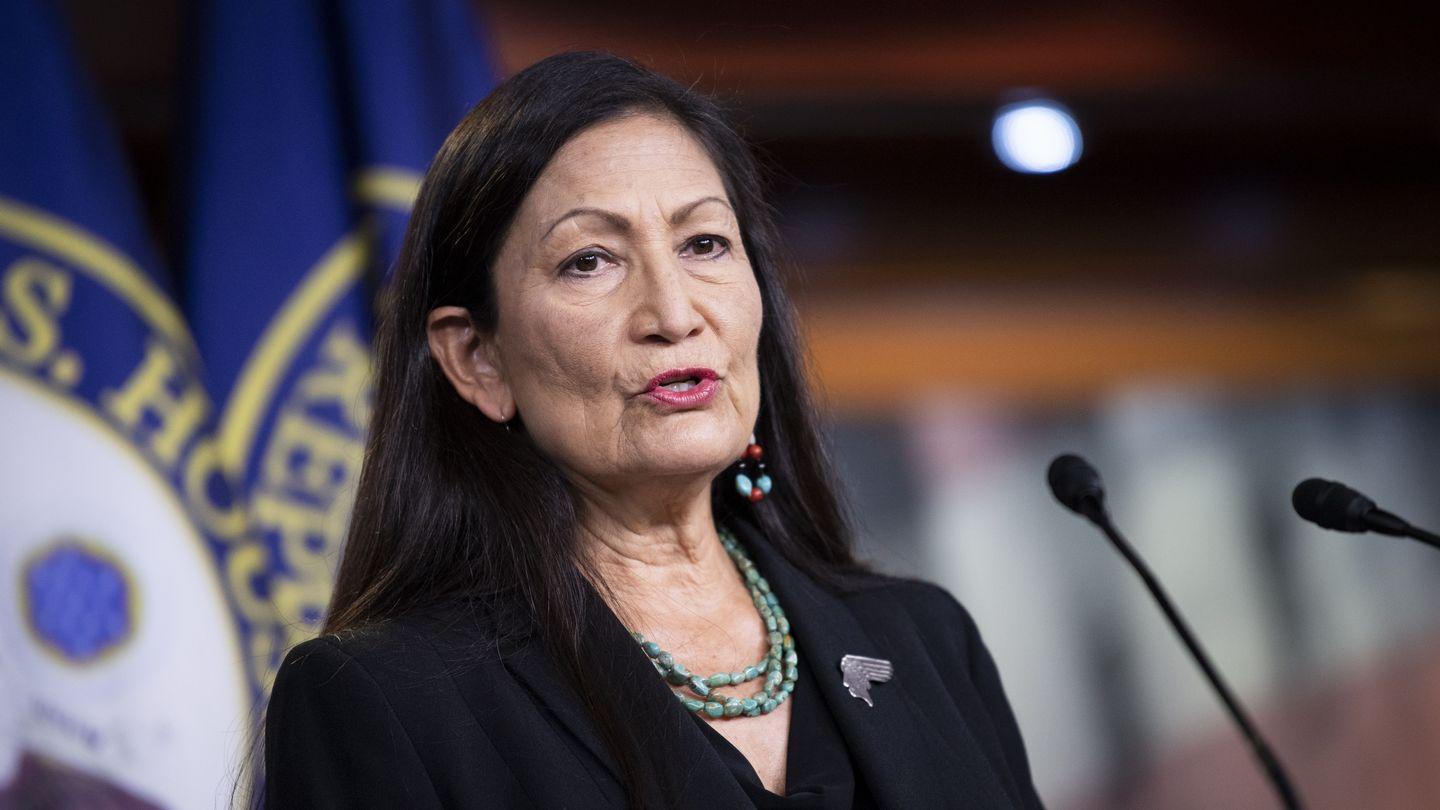 President-elect Joe Biden has selected New Mexico Representative Deb Haaland to head the Department of the Interior in his administration, outlets are reporting, a historic move that would see Haaland as the first Indigenous American appointed to the position of a cabinet secretary in the United States.

If her nomination is confirmed by the Senate, Haaland, a first-term member of the House of Representatives and member of Pueblo of Laguna, would lead the department that “conserves and manages the nation’s natural resources and cultural heritage for the benefit and enjoyment of the American people, provides scientific and other information about natural resources and natural hazards to address societal challenges and create opportunities for the American people, and honors the nation’s trust responsibilities or special commitments to American Indians, Alaska Natives, and affiliated island communities to help them prosper,” according to its website.

In other words, Haaland would be heading up the department in charge of decisions that affect the U.S.’s nearly 2 million Indigenous people, in addition to over 500 acres of public lands — about one-fifth of the total land in the country.

The interior secretary also oversees the Bureau of Indian Affairs, a federal agency that acts as “a partner with tribes to help them achieve their goals for self-determination while also maintaining its responsibilities under the Federal-Tribal trust and government-to-government relationships.” Haaland has pledged to focus on battling climate change and help transform the interior department into one that invests in renewable energy, as the Washington Post reports. Haaland has been vice chair of the House Committee on Natural Resources, as well.

Biden’s nomination of Haaland is one of several historic and pro-environment picks, after years of regressive policies implemented by the Trump administration. To head the Environmental Protection Agency, he named North Carolina environmental regulator Michael S Regan, who would become the first Black man to hold the office. “It would be an honor to move the Biden-Harris climate agenda forward, help repair the government to government relationship with Tribes that the Trump Administration has ruined, and serve as the first Native American cabinet secretary in our nation’s history, Haaland said in a statement, per The New York Times.

Indigenous voter turnout helped Biden land victories in key battleground states like Arizona and Wisconsin, and Haaland’s confirmation would be a milestone for representation and visibility in American politics, as Protect the Sacred Now’s Allie Young recently told MTV News.

“We don’t often see ourselves reflected in the mainstream, in these high, powerful positions,” Young, a Navajo Nation activist, said. “It’d be really incredible just to have someone like her up there who looks like me. I’m a firm believer in the fact that you can’t be what you can’t see.”