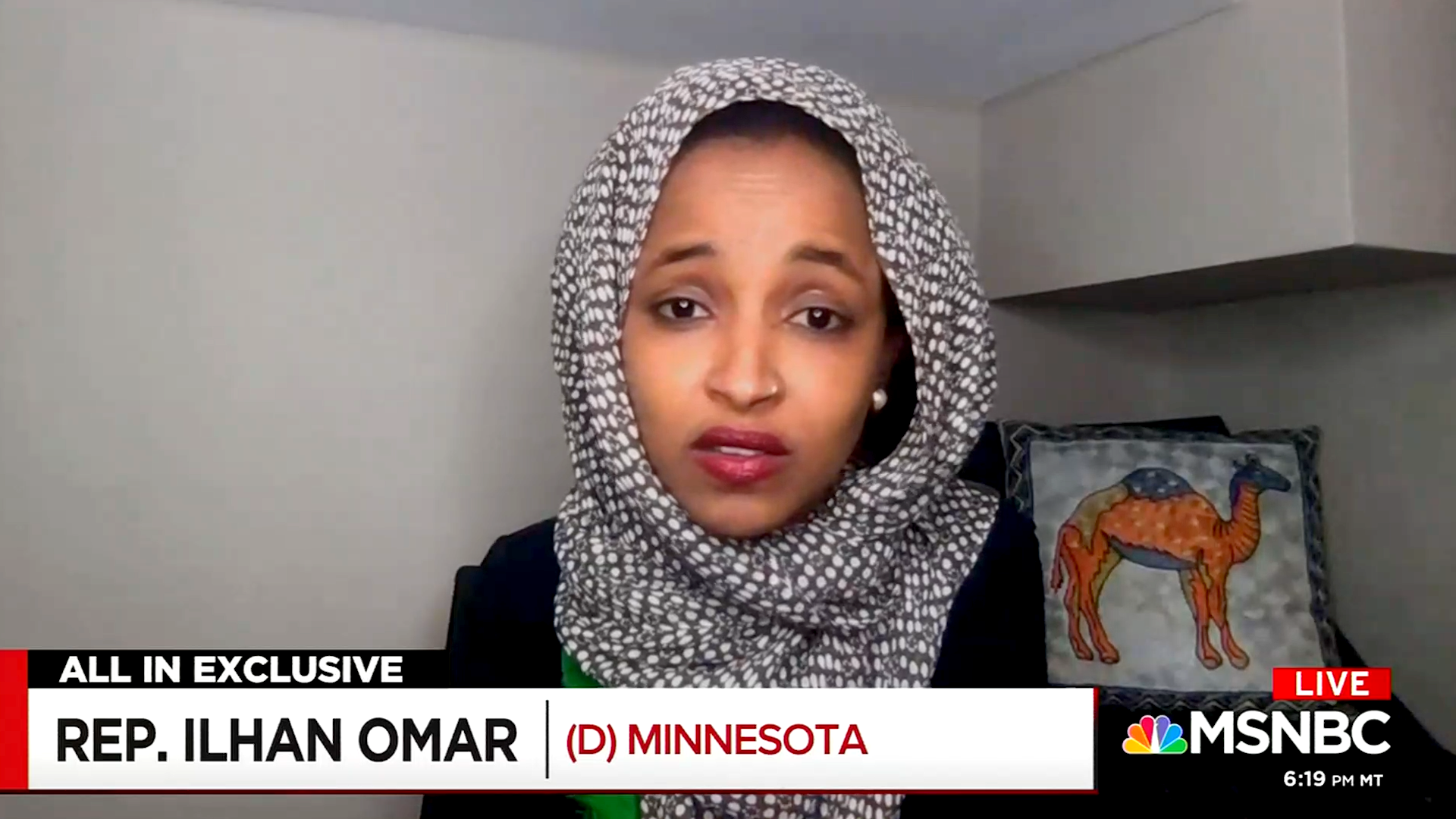 Representative Ilhan Omar (D-MN) joined All In With Chris Hayes Wednesday where she weighed in on the current state of the Republican Party and its base after past statements made by Rep. Marjorie Taylor Greene recently emerged. In the past, Greene has said that a plane didn’t fly into the Pentagon on 9/11, made inflammatory statements about school shootings, advocated the execution of Democrats like Nancy Pelosi and said she believes the 2018 California wildfires were started by a secret Jewish space laser. House Democrats have called for disciplinary action against Greene, but House Minority Leader Kevin McCarthy has declined to go ahead with any such action. Meanwhile, Greene has used the recent attention as a fundraising opportunity.

“The Republicans truly have lost their way. Their party is destroyed. Their base now is conspiracy theorists. It’s cowards, it’s opportunists, it’s grifters and sadly they’re becoming the looney tunes,” Omar said. “These are people who we can’t take serious [sic]. They’re not here to do the people’s business. They are here to just be obstructionists and make a mockery of not just our government, but our country.”

In a closed-door meeting among the Republican caucus on Wednesday, Green reportedly said she doesn’t believe any of what she’s previously stated. She also reportedly received a standing ovation by some House Republicans after speaking at the meeting. Omar believes that rather than celebrating Greene, it would behoove the Republican Party to hold her accountable.

“They can decide not to turn the key over, the key of their party over to this conspiracy theorist, white supremacist, violent and dangerous member of congress,” Omar said. “They can hold her accountable.”

Greene’s past comments have garnered criticism from some prominent Republicans like Senate Minority Leader Mitch McConnell, who called her a “cancer for the Republican Party,” and Karl Rove, who said that green is “a problem for our party.” But given that some Republican voters feel comfortable displaying racist and antisemitic symbolism in public with no fear of rebuke, Omar believes the condemnation is just scratching the surface and wondered if GOP leadership will do what it takes to rid the party of such ideology.

“It is going to be a long road because these are the children that are born out of a white supremacist movement that is taking over the base of the Republican Party,” Omar said. “And we have to wait and see if they are willing to do the hard work of dealing with this awful, toxic, really deadly, white supremacist, fascist America that they have unearthed.”

All In With Chris Hayes airs weeknights at 8 p.m. on MSNBC.