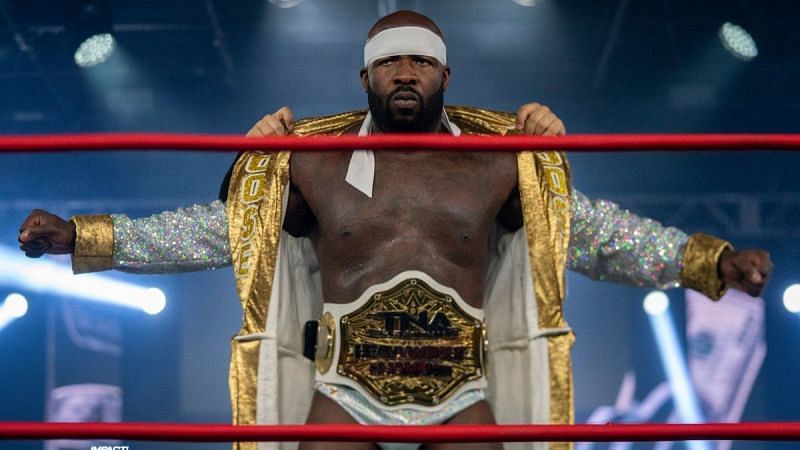 Back at IMPACT Wrestling Hard To Kill, EVP Don Callis stated that Moose still had two years on his contract with the company. There are now reports coming out that say this isn’t exactly the case.

According to Sean Ross Sapp of Fightful Select, Moose’s contract with IMPACT Wrestling will expire sometime in June. It will leave him free and clear to explore other offers from companies like AEW and WWE.

As for the comments from Callis at Hard To Kill, it was done as part of the storyline they are currently trying to tell. In no way was it supposed to be taken as a confirmation that Moose had signed a new deal with IMPACT recently.

Will Moose sign a new deal with IMPACT, or will he go elsewhere?

Fightful went on to confirm that Moose isn’t the only IMPACT Wrestling star who’s contract is expiring soon. They report that a “steady stream” will be expiring throughout the first half of the year.

With IMPACT finally gaining momentum for themselves over the last couple of months, they must do what they can to retain their stars to keep them from going elsewhere. Locking Moose down to a new long-term contract would be a good start.

Moose, who wasn’t even supposed to be in the main event at Hard To Kill, came out of that match looking like a bigger star than he has in a very long time.

The time is now for the company to capitalize on his momentum, push him into the main event title picture, and put pen to paper on a new contract as soon as humanly possible.

If Moose does end up departing IMPACT, there should be no shortage of interest in the big man from other companies in the United States. Where will Moose call home by the end of 2021? We’ll find out soon enough.