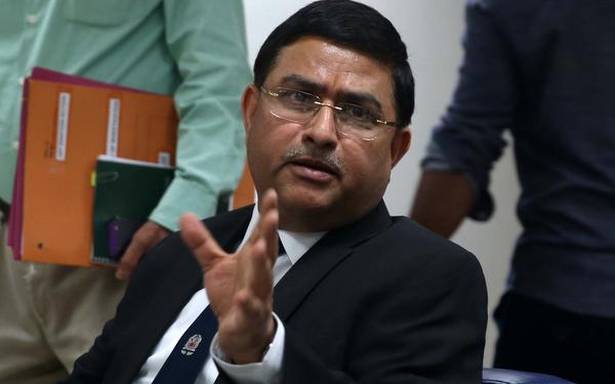 BSF Director-General Rakesh Asthana said BSF has apprehended 3,204 persons this year for illegally entering India from Bangladesh and 60 of them, whose nationalities were established, were handed over to BGB.

The perception of large-scale immigration of Bangladeshi nationals into India is not based on facts, the frontier forces of the two countries have said, while deciding to ramp up patrolling to check cross-border crimes.

The Border Security Force (BSF) and Border Guards Bangladesh (BGB) also decided to facilitate the erection of a single-row fence in “priority patches” of the 4,096 km border.

“There are no reports of any infiltration to India from Bangladesh and there is no reason really for Bangladeshis to cross the border, unless it is for treatment or other purposes, with valid documents,” BGB Director-General Shafeenul Islam said on Friday at the conclusion of the 51st DG-level border coordination conference between the two forces in Guwahati. The conference had started on December 22.

A factor behind Bangladeshi people not entering India illegally was the GDP growth rate in Bangladesh. Mr. Islam downplayed the issue of National Register of Citizens (NRC) in Assam and the theories that a majority of the 19.06 lakh people excluded from the citizens’ list were Bangladeshis.

“The NRC does not concern us. It is an Indian issue,” he said.

His BSF counterpart, Rakesh Asthana, said there was no truth in allegations of large-scale ingress of people from Bangladesh into India.

“We do apprehend people who try to enter illegally and we caught 3,204 such people this year. We sent back those who were established as Bangladeshi nationals, while legal actions are being taken against criminals,” he said.

Illegal movement of people was not a one-way traffic, Mr Asthana said. “Both BSF and BGB have been making efforts to check exfiltration from their respective countries,” he said. The infiltration of Rohingya refugees had been a major issue of late.

Among the decisions taken by the two forces was intensification of joint night vigil at vulnerable stretches to prevent criminal activities such as smuggling of cattle and narcotic substances, besides human-trafficking.

Other decisions included the construction of a single-row fence in priority patches and coordinated actions to curb fence-breach cases.

The next DG-level conference will be held in Bangladesh capital Dhaka in April 2021.