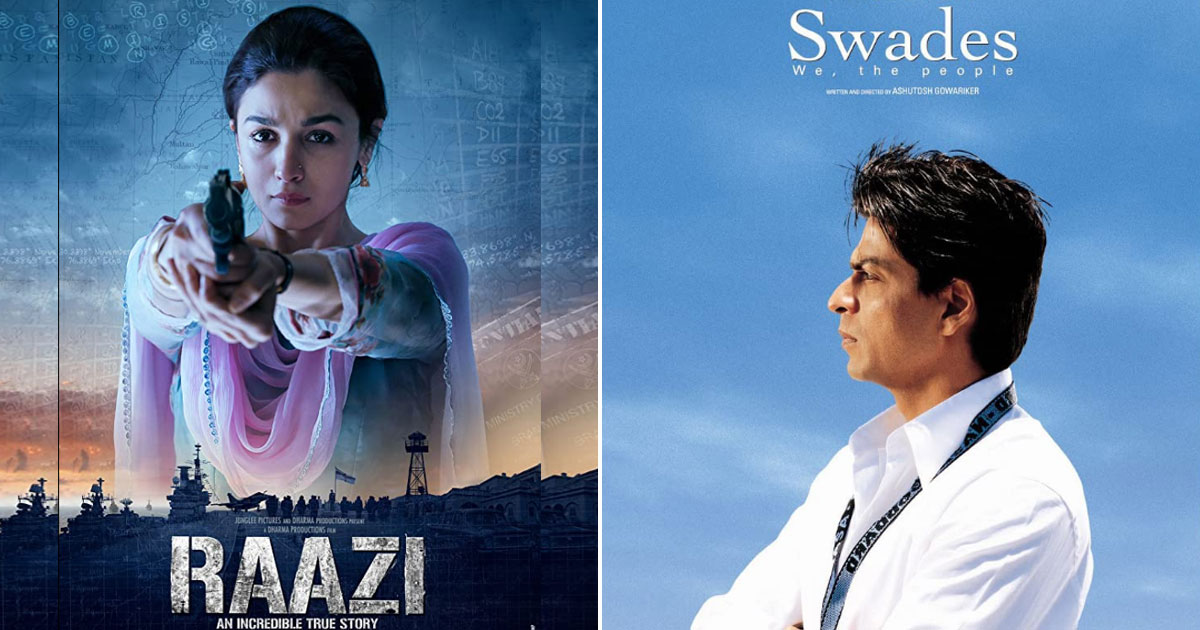 Sehmat Khan (played by Alia Bhatt) becomes a RAW agent and marries Iqbal Syed, who belongs to a military family in Pakistan. Her task as an agent was to pass on important information from Pakistan to India prior to the Indo-Pakistan War in 1971. The character fetched Alia Bhatt Filmfare Award for best actress.

Major Kuldip Singh Chandpuri (played by Sunny Deol) was a strict leader who encouraged his soldiers to fight till their last breath. The film’s song Ke Ghar Kab Aaoge can instantly evoke feelings of patriotism and one’s love for the nation even after 22 years now.

Tara Singh, also played by Sunny Deol, who falls in love with a Muslim girl, Sakeena (Amisha Patel), belonging to an aristocratic family in Pakistan. He fights against all odds for the love of his life. The entire film is set in the time of the 1947 communal riots.

Mohan Bhargava (played by Shah Rukh Khan) a NASA scientist comes back to India to meet his childhood nanny, Kaveriamma, and wanted to take her back to the USA to give her a ‘better life’. however, as spends more time in India, he rediscovers his country and morally compelled to help farmers in his village. He then also decides to settle down in his village and help out his countrymen.

Major Vihaan Singh Shergill (played by Vicky Kaushal), who is in the Indian Army, requests an early retirement so that he be close with his mother, who is suffering from Stage VI Alzheimer’s. But he was offered a desk job at New Delhi, which he takes up. However, in a series of events forces him to lead the Uri attack.

Must Read: Exclusive! Satish Kaushik On Scam 1992 Success: “Getting A Lot Of Offers From Everywhere”