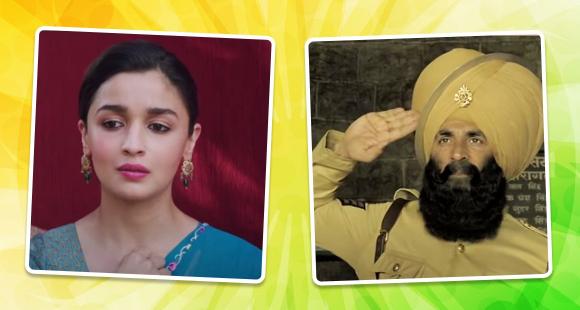 Today, on the occasion of 72nd Republic Day, we bring you some of the best Hindi songs that will instill patriotic spirit in you. Take a look

India is celebrating its 72nd Republic Day today and the entire world is gripped in the patriotic spirit. People all over India are celebrating it with great fervor and zeal. The day is celebrated as the Constitution of India came into effect in 1950. On this day, the Delhi Republic Day parade at Rajpath honours the Indian military forces and India’s cultural diversity. To note, at Rajpath, in the national capital, magnificent parades by regiments of the Indian Army, Navy, Air Force, Police, and paramilitary forces are witnessed. The celebration usually ends with numerous air shows and flypasts by the Indian Forces.

As the entire world is celebrating Republic Day today, so do our Bollywood celebrities. Several Bollywood celebrities have taken to their respective social media handles to wish their fans on the occasion. Also, Hindi films invoke the feeling of patriotism and pride in people. Some of them are Border, The Legend of Bhagat Singh, Rang De Basanti, Karma, Kesari and Lagaan. It goes without saying that be it any festival or occasion, it remains incomplete without Bollywood songs and so does the Republic Day.

To mark the occasion, we have compiled some of the best songs that will swell up the chest of every Indian with pride.  Check it out below.

The song is from Akshay Kumar and Parineeti Chopra’s film Kesari. Composed by Arko Pravo Mukherjee, the song has been written by Manoj Muntashir and is sung by singer B Praak.

Sung by Arijit Singh and Sunidhi Chauhan, the song is composed by Shankar Ehsaan Loy and lyrics have been penned by legend poet Gulzar. This patriotic song is featured on Alia Bhatt.

This popular song has been composed by A R Rahman. The lyrics of the same are penned down by Sameer and Sonu Nigam has crooned the song.

This is the title track of the 1997 studio album, Vande Mataram by music maestro AR Rahman. Even after so many years, the song is one of the most popular tracks for the occasion like Republic Day.

This evergreen patriotic song is from the 1986 film Karma that featured an array of stars Dilip Kumar, Nutan, Jackie Shroff, Anil Kapoor, Naseeruddin Shah and Sridevi. It is sung by Mohammad Aziz and Kavita Krishnamurthy and has been composed by Laxmikant-Pyarelal.