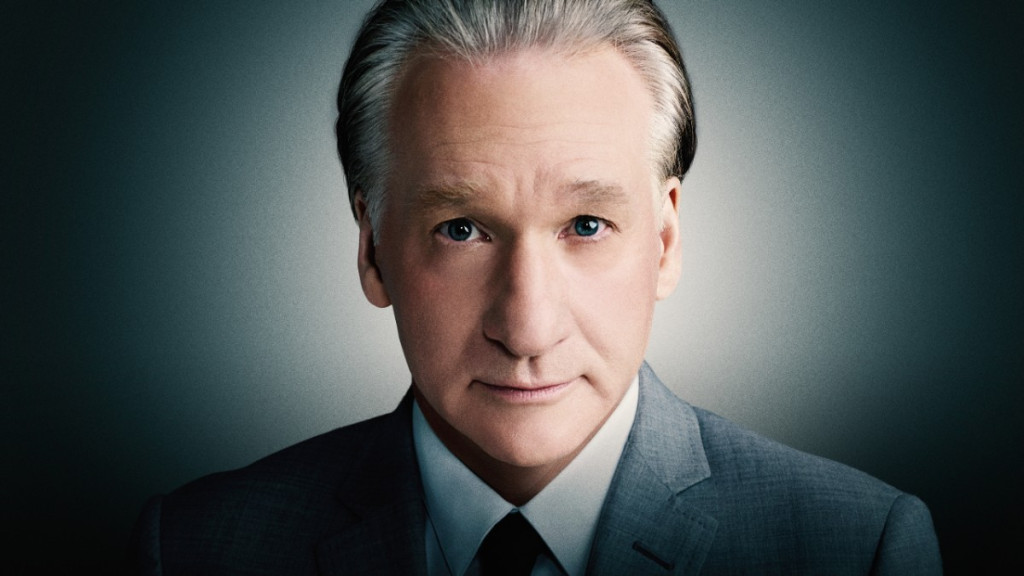 As Valentines Day approaches, “There’s nothing to get you revved up for romance like a solid week of bloody insurrection videos,” said Bill Maher Friday, as the former president’s impeachment trial may wrap tomorrow. (As if Valentines Day in lockdown isn’t already hard enough, said the host of HBO’s Real Time With Bill Maher — “Let me get that refrigerator door for you.”)
But pre-Senate vote, he tamped down hopeful Dems and anti-Trump conservatives crossing their fingers for a conviction after so much distressing footage of the Capitol assault shown during the trial, reminding them that Republicans “don’t do epiphany.” A conviction is considered extremely unlikely, requiring 17 Republicans to vote with 50 Democrats. “They never come around,” Maher said. “This is the problem with Democrats. Always hoping. It’s the Charlie Brown with the football thing.”

His special guest Rep. Adam Kinzinger (R-IL) may be an exception. The former U.S. Air Force pilot recently launched the Country First PAC to move the Republican Party away from Trump’s influence and was one of 10 House Republicans who voted to impeach the former POTUS after the Jan. 6 insurrection.

“We need a Republican party that isn’t crazy,” Kinzinger said, acknowledging that it’s a herculean task. “I may not succeed. I am at peace with trying. Someone has got to do something.”

“If I could go back now, I would vote for Joe Biden in a heartbeat,” he said.

In-studio guest Steve Schmidt, Lincoln Project founder and MSNBC contributor, defended the group’s efficacy in the campaign against Trump — he lost after all — and money spent as Maher grilled him about the group’s finances — which have come under fire. But the host declined to ask about a scandal brewing over the past month. Lincoln Project co-founder John Weaver is said to have sent unsolicited sexual emails to multiple young men, including a 14-year old. Schmidt, who has said he and the rest of the group’s leadership were not aware of the allegation, himself resigned from the board earlier Friday before Real Time aired.

Schmidt tweeted that he had resigned to make room for a female board member as a first step to reforming the group’s leadership. “It’s time to step back from the front – to get healthy mentally, physically and spiritually. I look forward to being on Real Time with Bill Maher tonight on HBO and then to taking some much needed time off.”