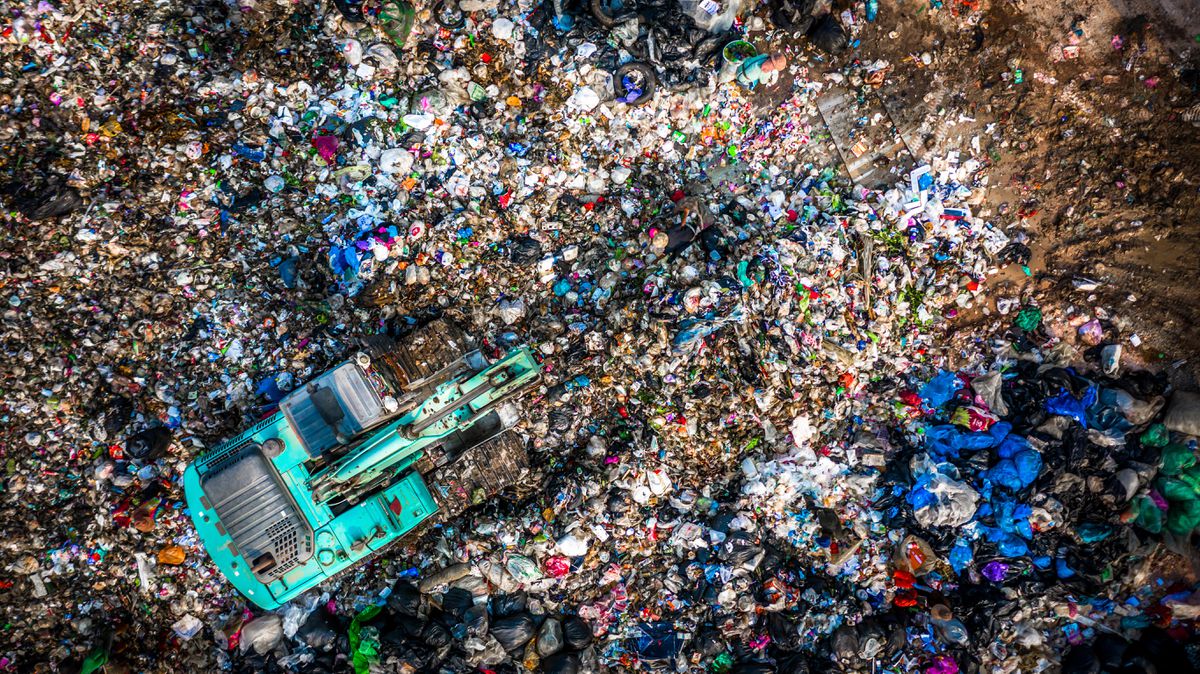 First off, the robots can help sort the plastic that’s set aside for recycling. Second, the chemicals can help break down the plastics into valuable raw materials. The University of Buffalo in New York has been awarded $2 million from the National Science Foundation to make it happen.

The four-year grant from the foundation’s Emerging Frontiers in Research and Innovation program was announced in late 2020 and researchers are now building a robotic system that will “learn” to sort plastic.

They hope to have a prototype by October 2021, says Paschalis Alexandridis, University of Buffalo distinguished professor in the Department of Chemical and Biological Engineering, who is leading the effort.

The robotic system now under development.

“We will use a regular camera mounted on the sorting system to identify the plastic object it is seeing, and use that information to look up a database that tells us what type of plastic was used in manufacturing that item,” Alexandridis says.

Then they’ll build a new multimodal eye-safe sensor to better detect the type of plastic.

“The sensor will utilize thermal and acoustic signals to classify in real-time types of plastics using modern machine learning methods informed by a comprehensive database of signatures of different types of plastics …” he adds. A prototype for that customer center is likely in 2022 or 2023.

The technology is aimed at material recovery facilities, or MRFs, or places that plastic goes after you put it at the curb for recycling or into one of those bins in a public place. Professor Alexandridis notes that finding labor for waste sorting is not easy. Automation can help fill that gap and allow smaller MRFs to operate around the clock with minimal staff.

University of Buffalo staff note in a news release that plastic recycling efforts in the United States have been muddled since 2017, when China curtailed plastic waste importing with its “National Sword” policy.

As for the chemical component, Buffalo researchers say they’re investigating “environmentally responsible solvents and new chemistries” to help break down plastics and make them easier to reuse, aka chemical recycling. The approach has low greenhouse gas emissions compared to other recycling methods.

Alexandridis explains that “not everything with the word ‘chemical’ is bad for the environment.”

“There is a very large portion of plastic waste that cannot be separated by mechanical means: objects made of different types of plastics that are ‘glued’ together (most packaging films fall in this category).

“This is where our solvent-based methodology is appropriate: the separation is done at a molecular level, and not by hand, as in mechanical sorting. Those polymer molecules that break during our process, we plan to up-cycle them by turning them into functional materials. With some novel chemistry we will ‘turn lemons into lemonade.’”

And so the two thrusts of the National Science Foundation-funded project are based on sensors, artificial intelligence and robotics. along with separations, chemistry and materials science.

Alexandridis adds that his team includes expertise in environmental engineering, economics and commercialization.

“Our aim at the end of the four-year project is to have developed and protected technology that is ready to move from the lab to a pilot scale/demonstration scale; and also, hopefully, to have secured additional funding in order to demonstrate our technology in a practical setting.”