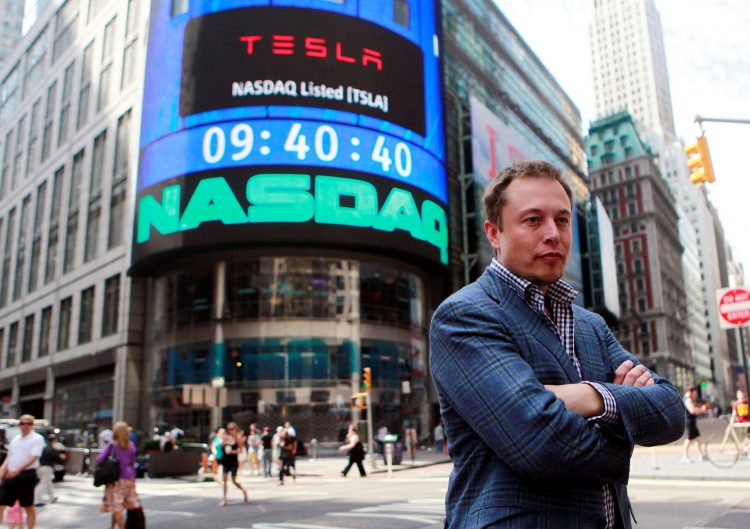 CEO of Tesla Motors Elon Musk poses during a television interview after his company’s initial public offering at the NASDAQ market in New York, June 29, 2010.

LONDON —Tesla stock is too expensive and in bubble territory compared with its performance, according to Vitali Kalesnik, partner and head of research in Europe at Research Affiliates.

“While Tesla is a great company, Tesla stock has very strong signs of being overpriced,” Kalesnik told CNBC’s “Squawk Box Europe” on Tuesday, hot on the heels of a report that Apple is once again planning to produce its own electric car with self-driving technology.

Tesla’s share price skidded nearly 6.5% on Monday. In Tuesday’s premarket, it was trading at $653.25, up 0.5%. Its current market value is $616 billion, which is more than the nine largest automakers combined.

Kalesnik believes Tesla’s share price is too high given its sales, car production numbers and other fundamentals. “When we’re looking at the types of assumptions that we need to justify these valuations, one would need very, very aggressive assumptions,” he said.

Tesla’s margins are “largely on par” with the rest of the industry and Kalesnik said that means “Tesla’s current valuation is in the bubble territory.”

Tesla’s share price has increased by over 650% in 2020 with several key events helping to lift the company’s stock. In May, Tesla started production at its California Gigafactory following a pandemic-related shutdown and legal battle with the state. In July, Tesla posted its fourth straight quarter of profit and beat delivery estimates. Shares also got a boost at the end of the summer when Tesla announced its first ever stock split.

Tesla shares soared to a record high after the electric car maker announced it was debuting on the S&P 500, a stock market index that measures the performance of 500 large companies listed on stock exchanges in the U.S.

“When it’s included into the S&P 500, investors have to buy it at a very high price, and that is likely to produce pretty bad consequences to the investors,” said Kalesnik.

On its S&P debut day, Tesla shares tumbled Monday from a record high in the previous session.

Optimism for Tesla stock was tempered after Reuters reported Apple is planning to start producing an electric passenger vehicle by 2024. New technology in the Apple car could greatly reduce the cost of battery production and extend its range, Reuters reported. Apple declined to comment.

While an Apple car could be several years away, other companies are already producing significant numbers of EVs. But Kalesnik believes investors don’t fully appreciate that there is competition in the EV market.

“Tesla does have some advantages in the EV market and many of its competitors admit it,” Kalesnik said. “Having said that, its competitors have significantly larger cap expending. They are putting [together] very aggressive, multibillion dollar plans to enter into the market. Volkswagen is already producing. Toyota has serious plans, and recently it came out with its advances in the solid-state battery, which is supposed to revolutionize the EV industry.”

Despite his concerns, Kalesnik said he would not recommend shorting Tesla’s stock. “The bull market for Tesla can outlast your capital and your appetite for the shorts,” he said. “But given the volatility, you can burn very significantly.”