Home General Residents of nursing homes could receive vaccine by the end of December, official says.

Residents of nursing homes could receive vaccine by the end of December, official says. 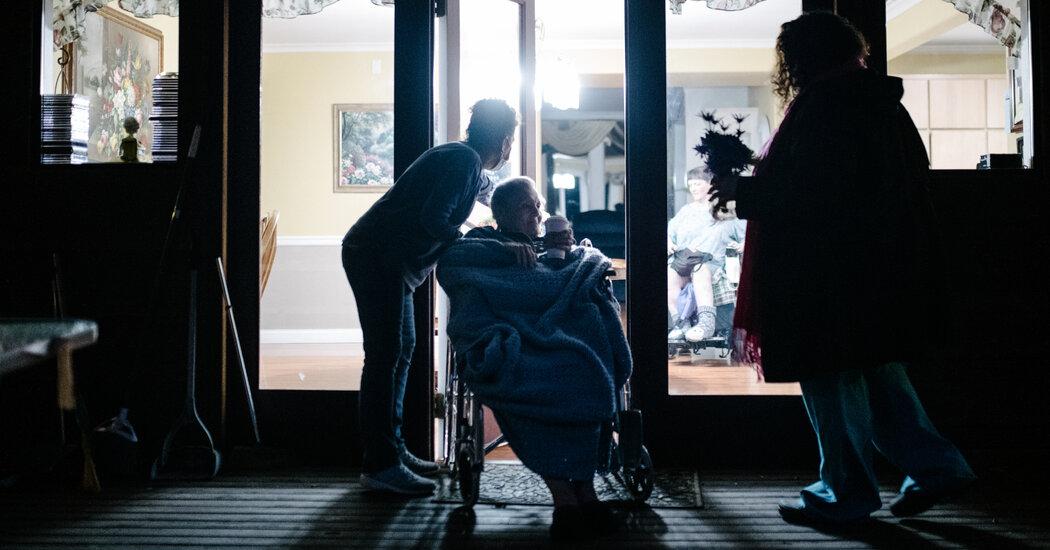 Hewing to a startlingly ambitious timetable for rollout of the first coronavirus vaccine, Dr. Moncef Slaoui, the chief science adviser of Operation Warp Speed, said on Sunday that residents of long-term care facilities, who in some states account for about 40 percent of deaths from the coronavirus, will receive the first round of vaccinations by mid-January, perhaps even by the end of December.

The timing assumes that the Food and Drug Administration authorizes the vaccine, made by Pfizer, this week or shortly thereafter. An advisory committee to the agency will meet on Thursday to review the data on safety and efficacy.

If the agency authorizes the vaccine, distribution could begin as soon as the end of this week, Dr. Slaoui added. “By end of the month of January, we should already see quite a significant decrease in mortality in the elderly population,” he said on CNN’s “State of the Union.”

Barring unexpected problems with manufacturing the vaccine, most Americans at high risk from coronavirus infection should be vaccinated by mid-March, and the rest of the population by May or June, he added.

President-elect Joseph R. Biden Jr. sounded a considerably more skeptical note on Friday, saying that there was “no detailed plan that we’ve seen, anyway, as to how you get the vaccine out of a container, into an injection syringe, into somebody’s arm.”

Dr. Slaoui said his team expected to meet Mr. Biden’s advisers this week and brief them on details of the plan for the vaccines’ distribution.

Britain has already approved the Pfizer vaccine and expects to begin immunizing its population this week. Like the F.D.A., European regulators are still examining data on the vaccine’s safety and effectiveness.

A second vaccine, made by Moderna, also has been submitted to the F.D.A. for emergency authorization.

Dr. Slaoui was optimistic about long-term protection from the vaccine. The elderly or people with compromised immune systems might need a booster in three to five years, he said, but for most people the vaccine should remain effective for “many, many years.”

Still, it’s unclear whether those who have been immunized may still spread the virus to others. “The answer to that very important question” should be known by mid-February, he said.

Up to 15 percent of those receiving the shots experience “significant, not overwhelming” pain at the injection site, which usually disappears in a day or two, Dr. Slaoui told CBS’s “Face the Nation,” also on Sunday.

Vaccines have not yet been tested in children under 12, but Dr. Slaoui said that clinical trials in adolescents and toddlers might produce results by next fall.

Operation Warp Speed was expected to have 100 million doses of the Pfizer vaccine by December, a number that has since been slashed by more than half.

Although the clinical trials were completed faster than expected because of the high level of virus transmission in the United States, manufacturing problems scaled down the expected number of available doses to 40 million.

Dr. Slaoui warned of possible further delays. “This is not an engineering problem. These are biological problems, they’re extremely complex,” he said. “There will be small glitches.”