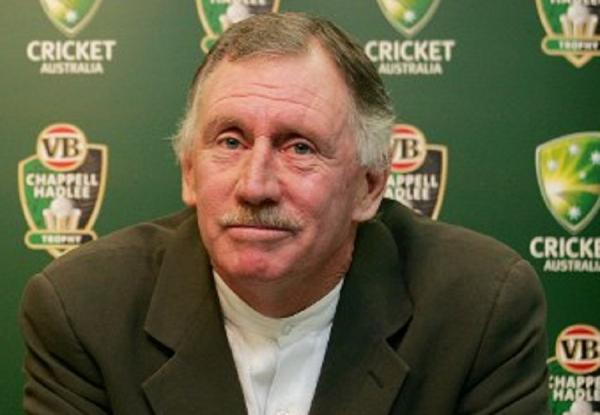 Ian Chappell reckons India’s “exhilarating victory” against Australia, coupled with the return of some key players like Virat Kohli, Ishant Sharma and Hardik Pandya make them favourites in the Test series against England.

Former Australia captain Ian Chappell reckons India will start as favourites in the Test series against England owing to a quality pace attack with plenty of depth and a top-order that is more consistent than the visitors.

Ian Chappell: India Would Be Bolstered By Return Of Virat Kohli And Ravichandran Ashwin, Hardik Pandya And Ishant Sharma’s Addition

“What should also bolster the home team is the addition of captain Virat Kohli to a strong batting line-up and their incredible recent triumph in Australia. India will start as favourites after an exhilarating victory over Australia, overcoming all obstacles. When you add the name Virat Kohli to the batting order, the team suddenly assumes a bulletproof cloak,” Chappell wrote in his column for ESPNcricinfo.

“In also adding the names R Ashwin, Hardik Pandya and Ishant Sharma to the list of available players, India take on an unbeatable appearance.”

Ian Chappell: India Have Formidable Batting Top 3 Order Well Ahead Of England While There Isn’t Much Difference In Bowling

Ian Chappell feels India’s formidable top order in Shubman Gill who performed excellently in his debut Australia series, a fit-again Rohit Sharma and rock-solid No. 3 batsman Cheteshwar Pujara may tip the scales in favour of the home team, despite England’s 2-0 sweep of Sri Lanka recently.

“The availability of a premium player in Ben Stokes who, like (Hardik) Pandya, provides all-round ability and selection flexibility, albeit at a higher level than the Indian, is a big plus. And Jofra Archer adds substantially to the quality of an already strong pace attack.”

“However it’s the top of the England order, where another returning player, Rory Burns, will reside, that the scales tip in India’s favour. India’s top three feature an impressive Shubman Gill, a talented but flawed Rohit Sharma and the indomitable Cheteshwar Pujara, which places them well ahead of England’s top order, ” says Ian Chappell.

He says it will add a lot of pressure on Joe Root if the opening duo of Dom Silbey and Rory Burns fails.

“Dom Sibley possesses the grit and determination required for success at the highest level but there are questions about his technique. If both players fail the challenges England will be in trouble unless Joe Root continues to score at his current freakish level. Zak Crawley, like his Indian counterpart Gill, is talented and has great potential. Nevertheless his failure to contribute in Sri Lanka raises concerns that need to be put to rest quickly and there’s no better place or time to do that than in India.”

He also spoke about the bowling attack of both the teams, saying there is not much difference in that department. However, India have improved much as shown in Australia where despite injuries to several pacers, the others showed what bench strength is capable of. England will have Jofra Archer to complement veteran James Anderson and Stuart Broad.

“The presence of Archer, along with the skill and experience of stalwarts Jimmy Anderson and Stuart Broad, would normally provide England with an advantage in the pace department, ” says Ian Chappell.

Even the middle order of both teams is equally strong, according to Ian Chappell as for India Ajinkya Rahane scored a ton in Melbourne while Rishabh Pant hit 97 and unbeaten 89 at Sydney and at Brisbane to become a hero of series win. Hardik Pandya’s addition strengthens and lends balance while England are equipped with likes of Ben Stokes and Jos Buttler who are destructive, to say the least.

“Ajinkya Rahane, Rishabh Pant and the possible addition of Pandya have India well placed to take full advantage of any good start. England are similarly placed with Stokes and Jos Buttler as their lethal weapons. However Buttler’s departure after just one Test and the possible return of Ravindra Jadeja to the Indian line-up would swing the scales further in favour of the home team.”

Ravindra Jadeja who played only 2 Tests averaging 85 with bat and 15 with a ball in Test series against Australia suffered an injury and required surgery for the dislocated thumb which ruled him out of first 2 Tests. He may return for last 2 Tests in Ahmedabad which would give India advantage. The possible return of Ollie Pope for England would add some dependability to their middle order.