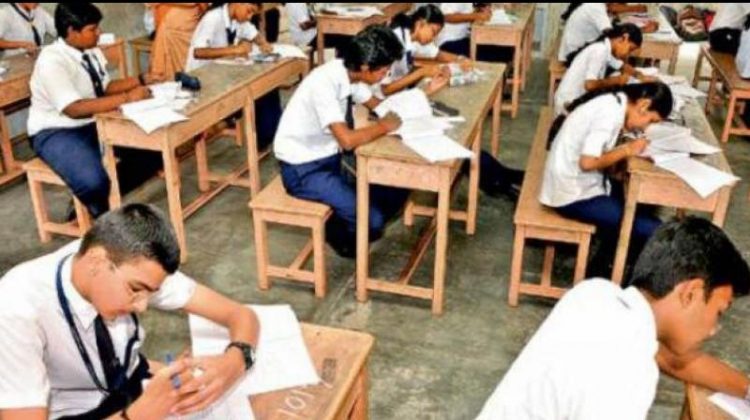 Vijayawada: The year 2020 was boon for government schools across all in 13 districts in the State as they were able to get a vibrant new-look. There was a near-complete revamp of schools with all necessary infrastructure and ambience put in place and making them on par or even better than private institutions.

In the first phase, 15,715 government schools were refurbished with all basic amenities like fans, blackboards, water purifiers, cupboards and other infrastructure under Mana Badi Nadu-Nedu. Further, converting anganwadis into English medium pre-primary 1 and 2 will strengthen government education segment. Rolling out welfare schemes has been part of the quest for a better tomorrow to the people and their children.

YS Jagan Mohan Reddy, during his walkathon, saw first-hand the sorry plight of students studying in government schools and the inability of parents to send their wards to private institutions resulting in a yawning gap in standards and outlook of students vis-à-vis schools they go to.

Bringing in a new order, the Chief Minster has initiated a slew of measures and ‘Mana Badi-Nadu Nedu’ is aimed at revamping and rebuilding government education institutions and anganwadi centres.

For instance, the 82-year-old primary government school at Kolavennu in Kankipadu mandal was totally neglected for decades. Now it has been transformed into an iconic school under Mana Badi-Nadu Nedu programme and is drawing the attention of parents, who are keen on enrolling their children.

In the first phase, 15,715 government schools were renovated and they bear the appearance of corporate schools. The remaining 31,073 will be taken up for revamp in the second and third phases and schools will be decked up by March 2022. Anganwadi centres doubling up as pre-primary 1 and 2 will also get a facelift.

Two parents D Syam and T Sudarshan said that corona had thrown life asunder by creating a huge financial crisis. They said that they were worried about the expenditure they had to incur on their children due to corona impact but modernization of government schools has come as a ray of hope and now they were enthusiastic about sending their wards to a government school as they were assured of quality education free of cost.

Minister for education, Audimulapu Suresh said that the government is providing amenities and modern equipment in the State schools that are on par with private schools. He said that all government schools would be converted into ultra-modern centres of excellence once they are through with the three phases of Nadu-Nedu.