Home EntertainmentBollywood REVEALED: The REAL reason why Hera Pheri 3 was not made and why it was put on the backburner : Bollywood News – Bollywood Hungama

REVEALED: The REAL reason why Hera Pheri 3 was not made and why it was put on the backburner : Bollywood News – Bollywood Hungama 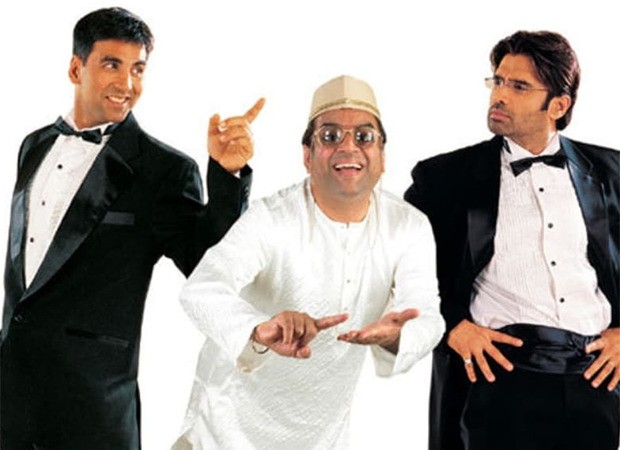 20 years ago, when Hera Pheri released, it wasn’t a big commercial success in cinemas. But over the years, it achieved massive popularity. Hence, it was no surprise that its sequel Phir Hera Pheri took a bumper opening and worked well not just in theatres, but also on TV. Since a couple of years, it has once again caught people’s attention thanks to the memes. Its dialogues and situations easily slip into any kind of event or situation and hence new memes of the film are made on a daily basis, which is a record of sorts! 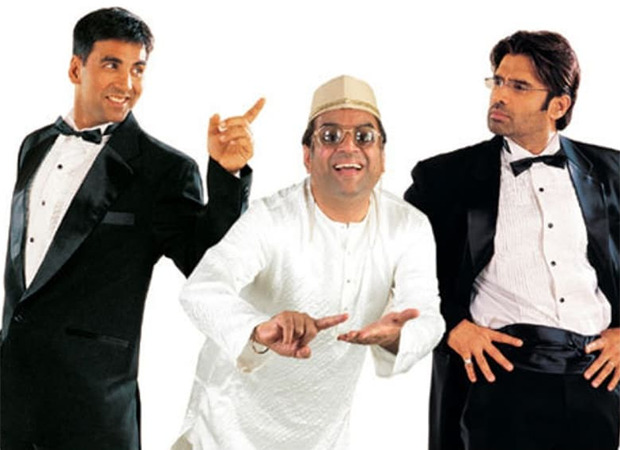 The third part of this franchise seems like a great idea and there have been talks about it since years. In fact, in 2015, producer Firoz Nadiadwala had begun shooting for Hera Pheri 3 but without its two lead actors, Akshay Kumar and Suniel Shetty. Instead, John Abraham and Abhishek Bachchan had stepped in along with Neha Sharma while the third lead, Paresh Rawal, was retained for part 3 as well. Due to financial problems, it got shelved during the shooting stage itself.

Bollywood Hungama has now learnt that an attempt was made some time back to revive the franchise. According to a source, “Producer Firoz Nadiadwala spoke to Akshay Kumar for Hera Pheri 3. Akshay decided to come on board but he had two conditions. One, he wanted Dream Girl (2019) director Raaj Shaandilyaa to direct the film. He felt that Raaj knew how to handle a masala comic caper, and that this was evident with his first film. Secondly, Akshay asked for 70% profit sharing.” 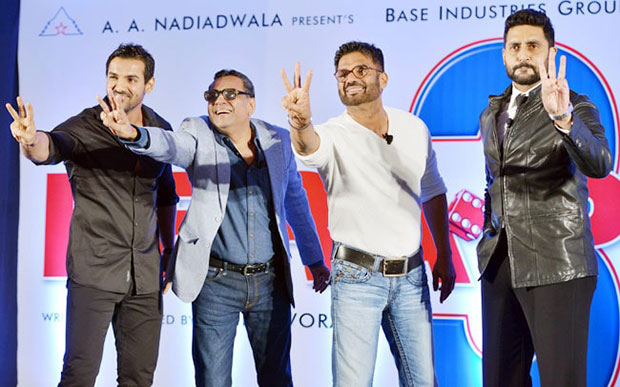 The source adds, “Firoz Nadiadwala, however, refused, due to the second condition. Raaj Shaandilyaa also humbly refused as he knew that Hera Pheri was an iconic franchise and he thought he would not be able to do justice to it.”

Even 2 years back, the project was revived and at that point, veteran filmmaker Indra Kumar was supposed to helm the sequel. But it didn’t materialize. We attempted to reach out to Indra Kumar and his partner Ashok Thakeria but they were unavailable for comment.

When contacted, Raaj Shaandilyaa admitted that he was offered the film. He says, “Yes I was approached for Hera Pheri 3. But the dates were clashing with my next directorial venture and there were few other reasons. Hence, I couldn’t do it.” He also adds, “I had worked with Firoz sir earlier in Welcome Back as a dialogue writer and hence I know him well.”

A trade source meanwhile states, “Hera Pheri 3 is probably the most awaited sequel and the popularity of the series and its fan following is more than any other film franchises. If Hera Pheri 3 is indeed made with the original cast and released on say Diwali or Eid, it can easily fetch an opening of Rs. 40 crore plus, or even Rs. 50 crore plus! But it needs an able director. Raaj would have been a good choice. We hope it gets made some day.”

Hera Pheri, starring Akshay Kumar, Suniel Shetty and Paresh Rawal was directed by Priyadarshan and was a story of a landlord and his two paying guests who get a chance to get rich when the granddaughter of a famous businessman gets kidnapped and the kidnapper mistakenly calls them for ransom. The sequel was directed by Neeraj Vora, also one of the writers of the original. In this film, the trio have become rich but their greed of having more money brings them back on the streets, leading to madness.

Hera Pheri 3 was also initially supposed to be directed by Neeraj Vora. He however suffered a stroke in 2016 and passed away on December 14, 2017. For almost a year, it was Firoz Nadiadwala who took care of him and converted a room in his Juhu bungalow into a fully-functional ICU.

Also Read: This is what Suniel Shetty thinks about a reboot of Hera Pheri