Home TechnologyGaming Review: Cyberpunk 2077 on Xbox Series X Is a Step Forward, but Not Enough

Review: Cyberpunk 2077 on Xbox Series X Is a Step Forward, but Not Enough How does Cyberpunk 2077 perform on a next-gen console like the Xbox Series X? We already told you the game is a disaster on the PlayStation 4. On the Xbox One X, it’s — unsurprisingly, given it’s a half-gen upgrade — a step forward, but it still falls short of what you’d expect. If you’re among the 160-million-plus current-gen console owners who were hoping to enjoy The Witcher 3 developer CD Projekt Red’s latest title at launch, you’ve essentially been left hanging right now. But we also tried out the game on the Xbox Series X and were able to compare the experiences.

There is currently no native version of Cyberpunk 2077 for next-gen consoles (that’s PS5 and Series X). That will only be available — as a free upgrade for those who bought it on PS4 or Xbox One — sometime in 2021, CD Projekt Red has stated. For now, Cyberpunk 2077 runs on both PlayStation 5 and the Xbox Series consoles thanks to backward compatibility support.

The Xbox Series X has an extra Cyberpunk 2077 feature that no other console does. In the game’s settings section on Microsoft’s most powerful console, you’ll find a “Video” tab, one that is not available on other consoles, only on PC. There, you can choose between two modes: “Performance” or “Quality”. Though CD Projekt Red doesn’t state the differences, going by other games that also offer this, it’s fair to assume that one prioritises frame rate (60fps / unlocked) and the other focuses on resolution. Digital Foundry’s technical analysis of Cyberpunk 2077 confirms as much.

This is curious because Cyberpunk 2077 is currently not “Optimised for Xbox Series X|S”. That means when you play the game on Xbox Series X, you’re essentially getting the Xbox One X version — but it looks better because it has more raw power and some cool hardware tricks. The “Video” tab is not available on the Xbox One X, though this was part of the promise when these half-gen upgrades were launched. And many games (for example, Forza Horizon 4 and Star Wars Jedi: Fallen Order) have delivered on said promise, letting Xbox One X owners pick between performance or quality.

The game looks and performs much better on the Xbox Series X. In the “Performance” mode, Cyberpunk 2077 gameplay is smooth and feels like it’s hovering around 60fps. And on the “Quality” mode, Cyberpunk 2077 finally feels like a modern game and not a relic from the full-HD era. I’m not wholly impressed with the graphics — there are a lot of assets but detail can be lacking, I felt — and it’s not something that wows me, as I’d expect a next-gen game to. But it’s worth remembering that Cyberpunk 2077 isn’t a next-gen game, this is just backward compatibility. If you’re lucky enough to get your hands on an Xbox Series X, this is how you should play Cyberpunk 2077.

Of course, it’s not without issues. Apart from the muddled and flat textures I spoke of, there are some aliasing or pop-in troubles with Cyberpunk 2077 graphics on Xbox Series X. This was most clear in the case of the pedestrian crossings, with the edges of yellow stripes seemingly moving as I panned the in-game camera. And of course, this is nothing to say of the many visual bugs that plague every version of Cyberpunk 2077. Just as with my experience on the PlayStation 4, I ran into floating guns and was unable to pick up loot, no matter how much I changed my position. The latter is at times brought about by enemy bodies pilling on top of each other. Except the bodies merge into one another on Cyberpunk 2077. 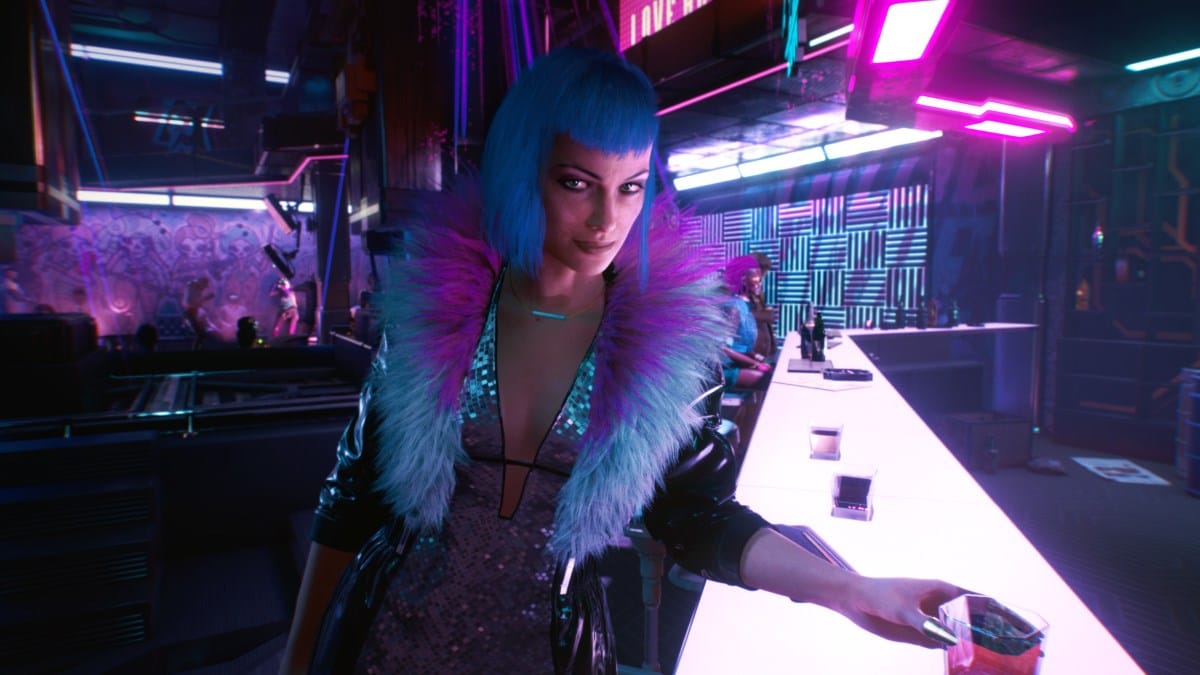 CD Projekt Red has admitted that it “ignored” PS4 and Xbox One versions and that it was “too focused” on PC and next-gen. It clearly needed more time for the game to be ready for the world’s most popular consoles, and it has said as much. But my experience with Cyberpunk 2077 on the Xbox One X and Xbox Series X shows that there is no ideal way to play the game on consoles right now. Yes, it’s much better than what PS4 and Xbox One owners have to put up with. For them, it feels like a case of GTA IV’s PC port, except in reverse, because consoles are the problem here.

But with next-gen consoles still hard to get — the PS5 hasn’t even launched in India — and PC builds powerful enough to run the game at 4K also facing availability issues for parts (not to mention high costs), it doesn’t seem like most people will be able to play an acceptable version of Cyberpunk 2077 for some time.