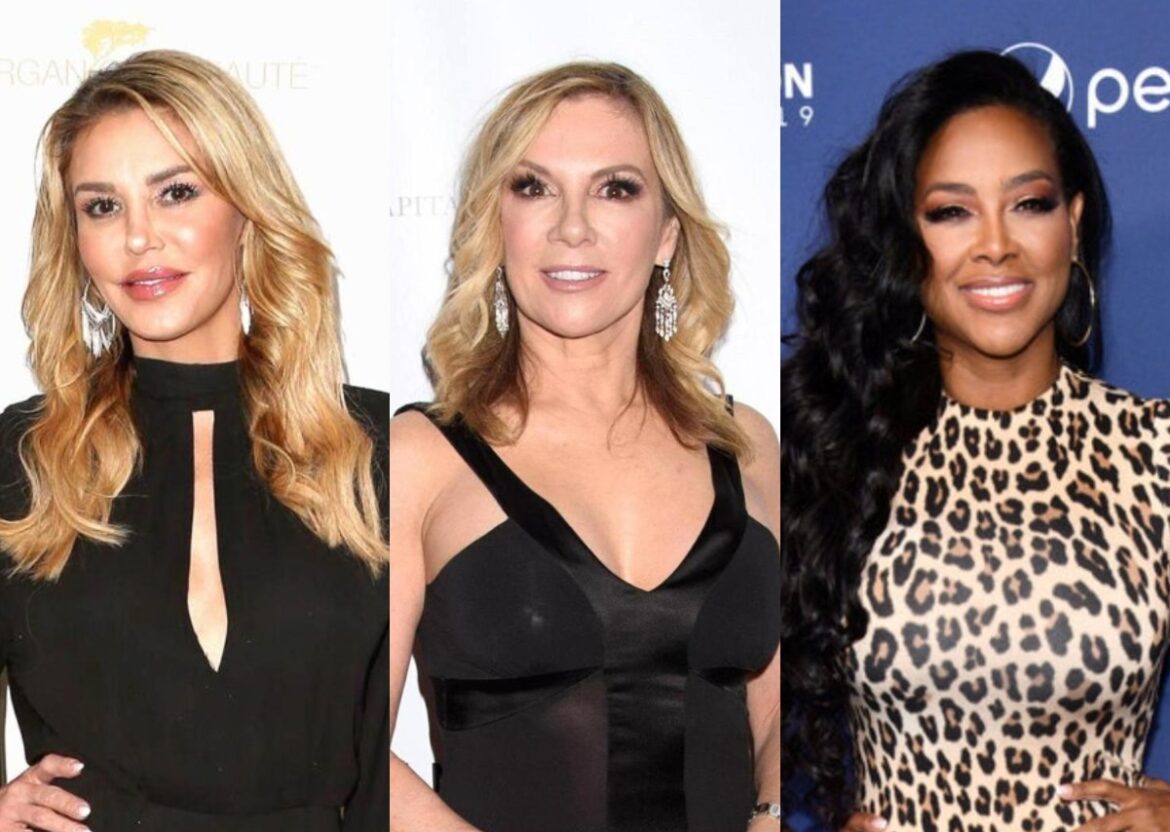 Brandi Glanville opened up about a mortifying experience with Ramona Singer during an appearance on Anne Heche and Heather Duffy Boylston‘s podcast on Thursday.

Years after longtime friend Kristen Taekman convinced her to take her Real Housewives of New York City co-star to dinner in Los Angeles, the Real Housewives of Beverly Hills alum looked back on the incident before slamming Kenya Moore as the “devil” and offering an update on her relationship with ex-husband Eddie Cibrian and his wife, Leann Rimes.

“I had two of my girlfriends with me,” Brandi recalled on Better Together. “One of them is a big producer. But who cares? You don’t treat people poorly.”

According to Brandi, Ramona was not only rude to her friends but also their waiter.

“This woman came in. She was so rude to my two friends who literally own f*cking Hollywood and the waiter, I was mortified,” she revealed. “We went to Soho House because she’d never been there, and we literally pretended to leave in a cab and went back after she left.”

“She was the worst human being I’ve ever met in my life,” Brandi continued, further slamming Ramona and other RHONY castmates as a “middle-aged menopausal gang.”

Kristen, who joined Brandi on the podcast, also targeted Ramona’s bad behavior by reacting to a TikTok video she made with her daughter, Avery Singer, in which she shaded Kristen as a “nobody.”

“That just goes to show you about her personality. That’s just the worst example to set for your daughter. ‘She’s a nobody?’ That’s downright mean and ugly,” Kristen stated, telling Ramona to “stop with the women supporting women bit because it’s bullsh*t.”

In addition to taking aim at Ramona, Brandi also threw shade at Real Housewives of Atlanta star Kenya, who she previously appeared alongside on Celebrity Apprentice.

“She is the devil! The devil. I had my first panic attack from her,” Brandi shared.

Although Brandi feuded for years with her ex and his country singer spouse, she said she is now in a much better place with the couple during Thursday’s podcast.

“It took me 10 years to be in the position where I can go have Christmas dinner with them and not be a super-c*nt and want to murder everyone. Literally a decade of fighting… I couldn’t just put it aside. I wasted a decade of my life,” she confessed.

Later on in the episode, Brandi and Kristen were asked to play a “Marry, F*ck, Kill” game with Trevor Noah, Carson Daly, and Ryan Seacrest.

“We’re not going to name names, but there’s three guys you mentioned, and each of us have had something with two of the three,” Kristen immediately said.

Then, when sharing her answer, Brandi seemingly hinted that she had been intimate with Ryan in the past.