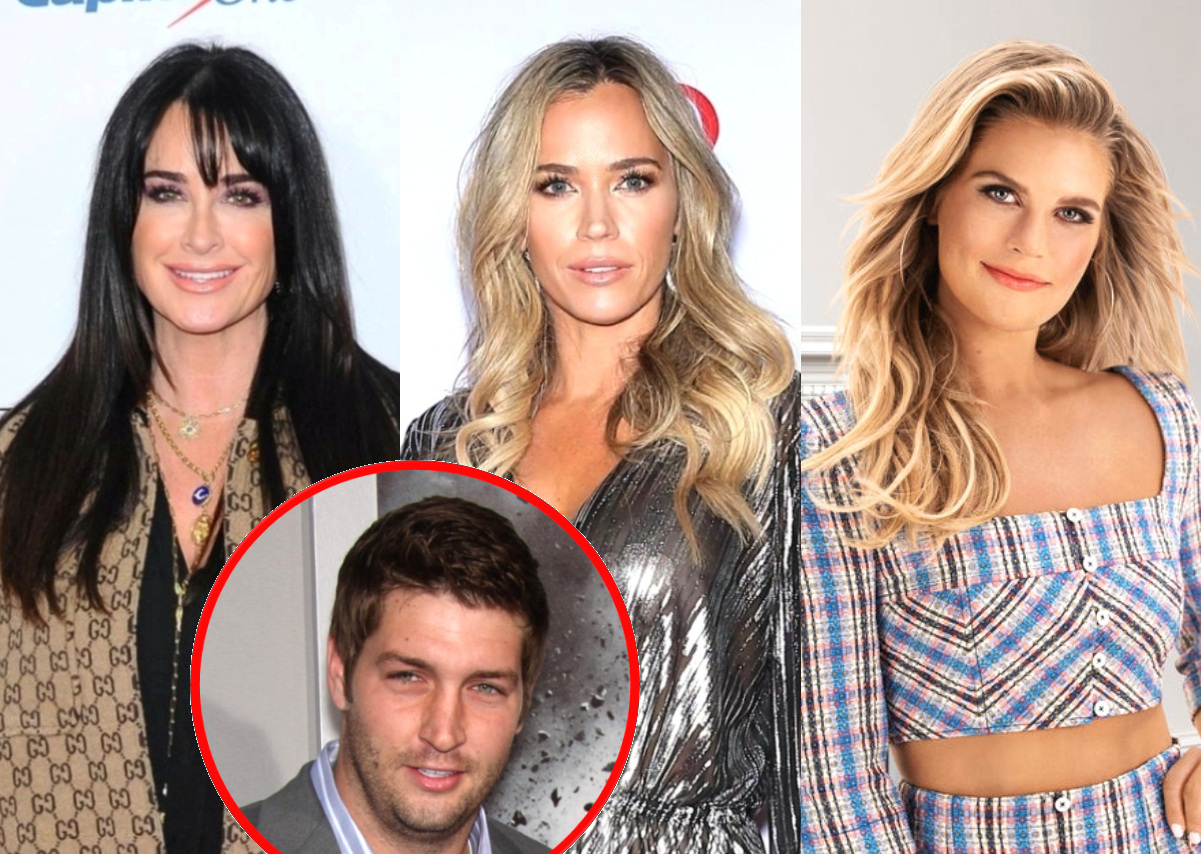 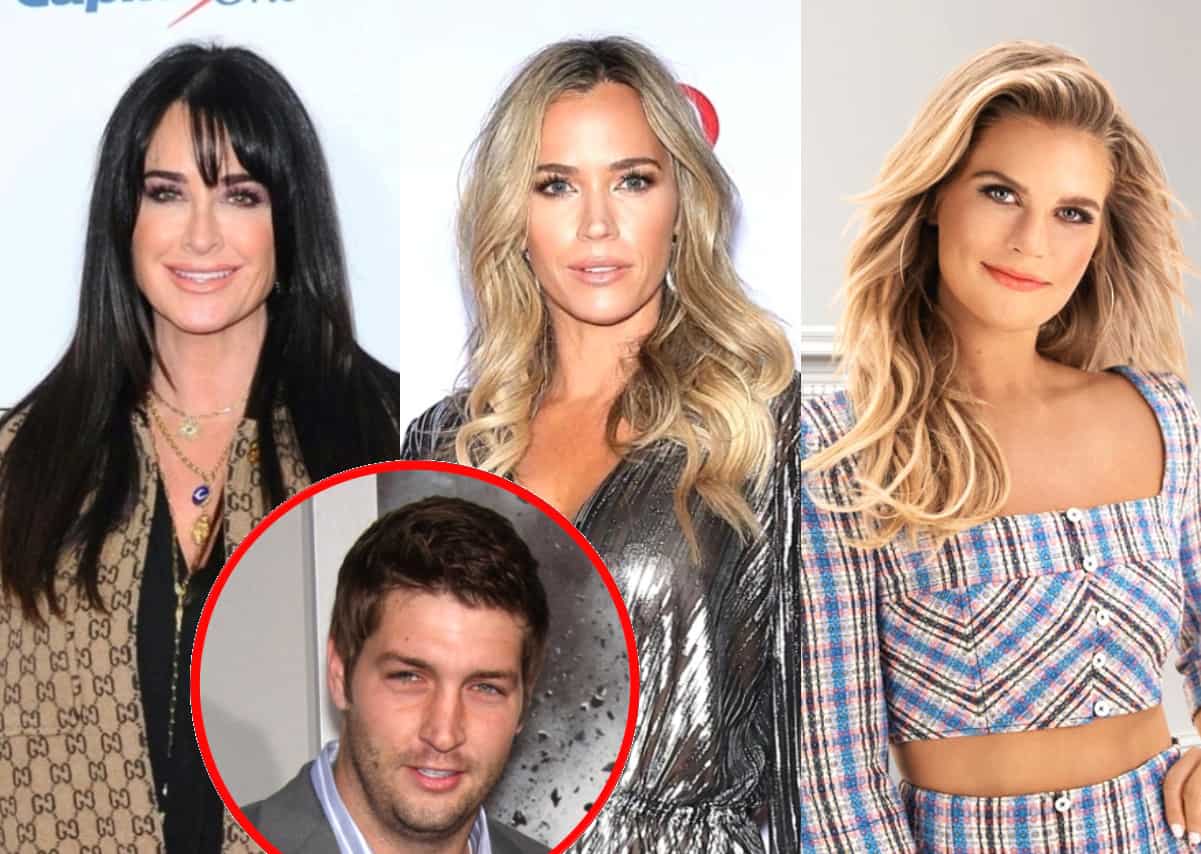 The Real Housewives of Beverly Hills cast is getting into the ongoing drama surrounding the nature of Madison LeCroy‘s drama with Jay Cutler.

After the Southern Charm star leaked a series of text messages from Jay following claims of being a liar and a user, Kyle Richards and Teddi Mellencamp weighed in on the back and forth before Madison was met with home-wrecker allegations from a friend of Kristin Cavallari, the ex-wife of the former NFL quarterback.

After Best of Bravo shared a meme about the drama with Kyle and compared it to a “roller coaster” in an Instagram DM, Kyle admitted that while she isn’t completely in the loop with what has been happening, she’s doing her best to stay up to date.

“I don’t even know all the players… I have to rely on the younger friends,” Kyle noted. 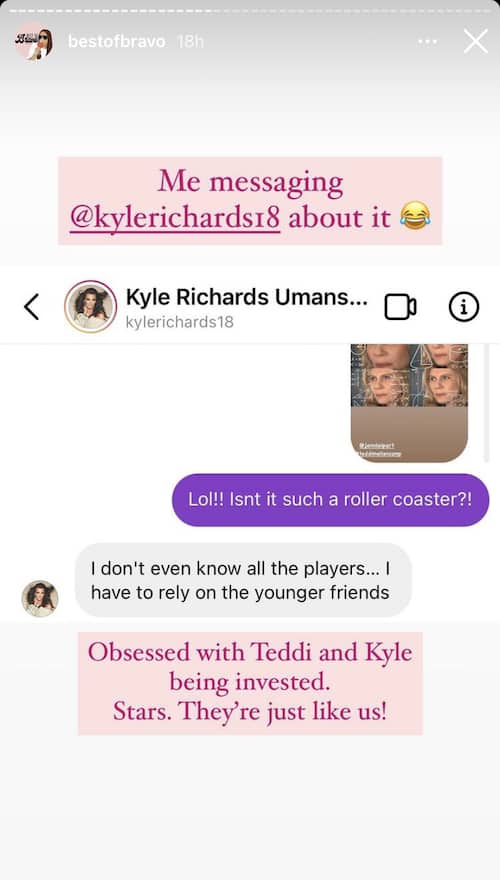 In another screenshot, Teddi was seen reacting to the drama.

“I am very invested in this story and you know how I feel about a text scandal. My guess is voice notes. They disappear after you listen to them,” Teddi wrote in a message to Best of Bravo, giving a nod to seemingly missing messages sent between Madison and Jay.

“I don’t even watch Southern Charm but I am very invested in this story,” Teddi added. 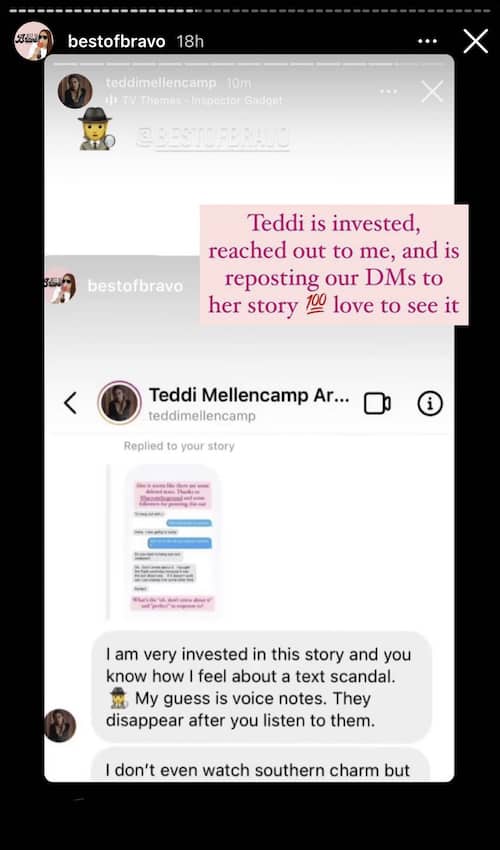 Kyle also shared a screenshot of Teddi’s comments on her Instagram Stories and included a message from Comments by Bravo.

“The RHOBH are as invested as us,” the message read. 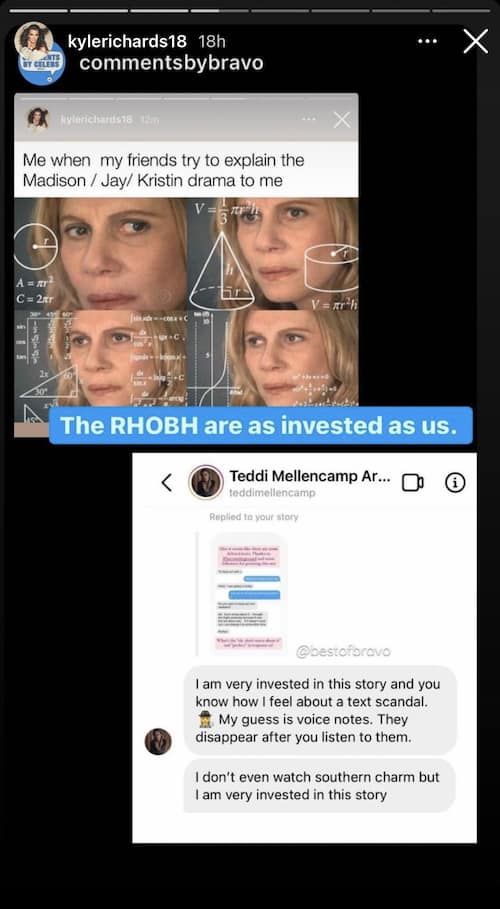 Over the weekend, Madison leaked text messages from Jay in which they made plans to meet up. She then shared additional messages exchanged between the two of them in which Madison accused Jay of pursuing her before appearing to tell him he shouldn’t have slept with her if he wasn’t interested.

Following the text message leak, Kristin’s longtime best friend, Justin Anderson, shared a message he received from an unnamed woman in which she accused Madison of breaking up her family.

“Hey Justin, the drama unfolding that involves Madison honestly has me on edge and watching to speak up. Madison is a user. She has no shame. I can’t say much because of my divorce that isn’t finalized but Madison played a role in my family breaking up. I feel for [Kristin]/Jay. I am not wanting attention here but I hope karma bites Madison in the a**. She isn’t the only one with nasty receipts,” the woman’s message read, via Comments by Bravo on Instagram.

In response, Justin said he has gotten a ton of similar messages from others. 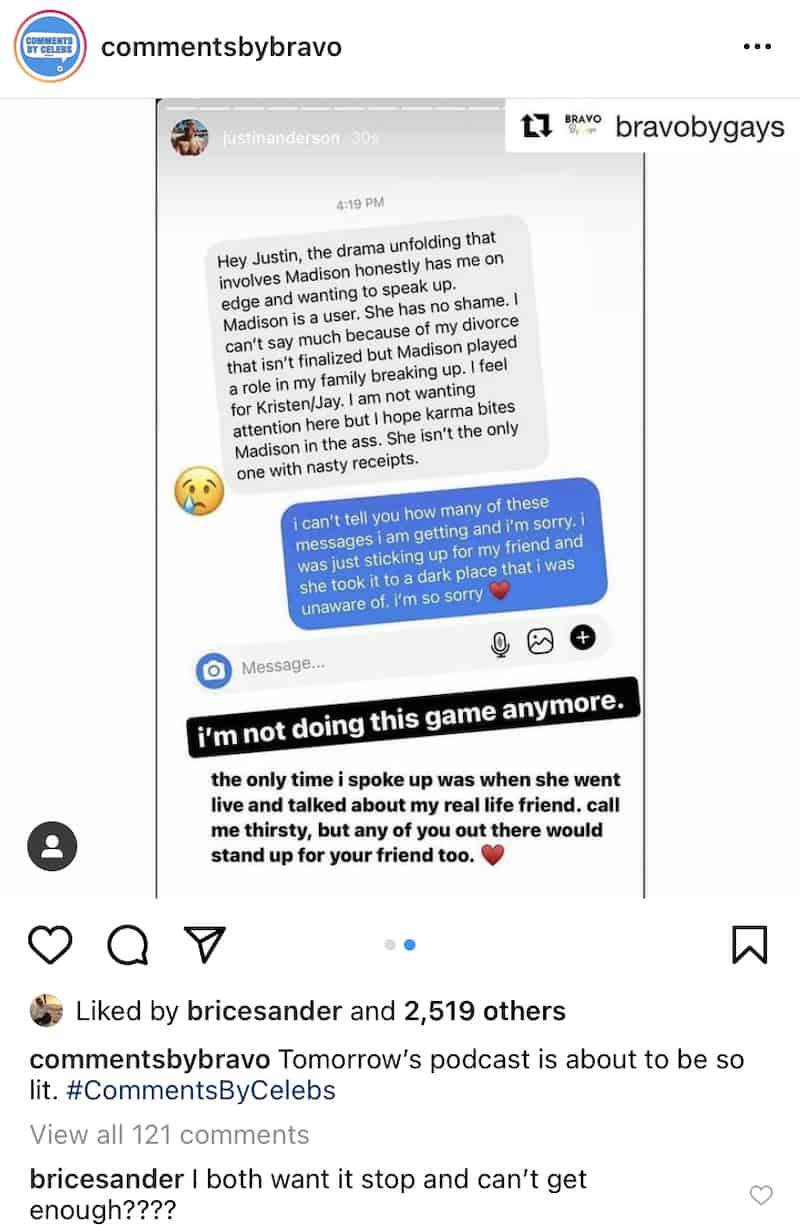