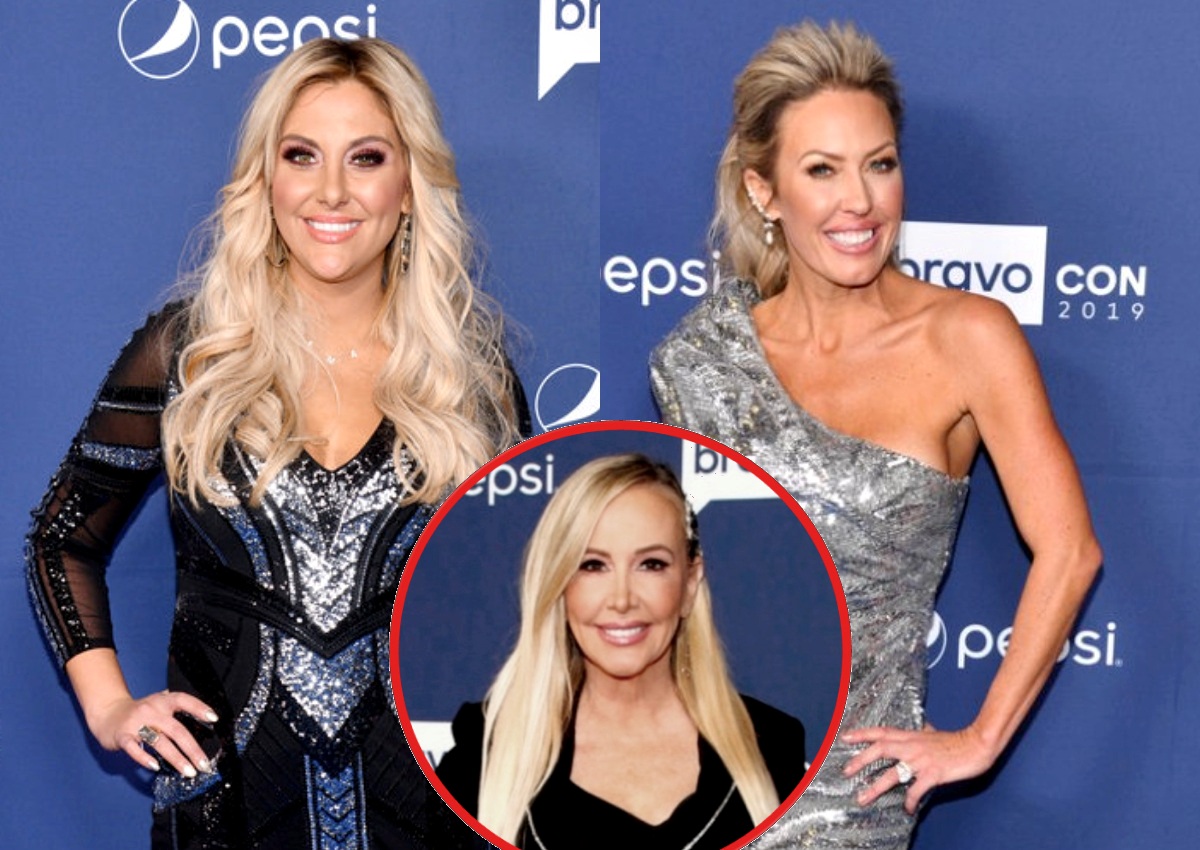 Braunwyn Windham-Burke may have recently claimed that Gina Kirschenheiter is the only Real Housewives of Orange County cast member who has supported her in the months since she came out as an alcoholic and a lesbian, but during Wednesday’s episode of Watch What Happens Live, Gina spoke out against her.

Before dishing on Kelly Dodd‘s claims of being Black and her friendship with Emily Simpson, Gina took aim at Braunwyn’s supposed activism, reacted to the shocking drug comment she made to Shannon Beador‘s daughter, and agreed with her castmates who have accused the mother-of-seven of being a narcissist.

When host Andy Cohen asked Gina how she felt about Braunwyn’s suggestion that the cast doesn’t care about racial equality or gay rights, Gina took aim at Braunwyn’s behavior.

“It seems like Braunwyn’s way of wanting to be an activist is to just try to put everyone else down for any of their efforts, rather than bring people together and educate,” Gina said. “Like, to me, she’s not an activist.”

Braunwyn was also put off by Braunwyn’s conversation with Stella Beador, during which she was accused of offering the then-14-year-old “the good stuff.”

“That’s bad. It was bad. Braunwyn doesn’t deny it. I mean, people who have alcoholism, they do really bad things. So it was just a really bad thing she did,” Gina explained.

Gina went on to admit to being confused by the revelation that Braunwyn’s friend, Shari, had allegedly wanted her to leave her husband, Sean Burke, for her, even though she’s not gay.  She also said she was not convinced that Braunwyn is not a narcissist, but rather someone with a “big ego,” as Braunwyn alleged.

“That’s something that a narcissist would say,” Gina noted.

Although Braunwyn and Sean are currently dating other people, Gina believes they will be together five years from now.

“I think if Sean doesn’t move on that they will legally [be together] because Braunwyn doesn’t want to take responsibility for herself,” she shared.

As for Kelly saying she’s Black, Gina said her RHOC co-star’s claims were “ridiculous” before revealing she believes Kelly has learned from her mistakes.

“I think it’s ridiculous. [But] I think she did process it. I think she did absorb it. And I think she is remorseful for a lot of it. But she has that foot-in-mouth syndrome. And she’s not malicious, it’s just part of who she is,” she explained.

During another part of the show, Gina reacted to the claims Braunwyn made regarding the potential alcoholism of Shannon and her boyfriend, John Janssen.

“Most of what I think she does in her life is a deflection but I do think there was some genuine concern in there somewhere,” Gina admitted. “But I also think, ‘You just came out as alcoholic. This isn’t the time to now go around telling everybody else that they’re an alcoholic.’”

Later, on the WWHL: After Show, Gina was asked if she was jealous of Kelly’s friendship with Emily.