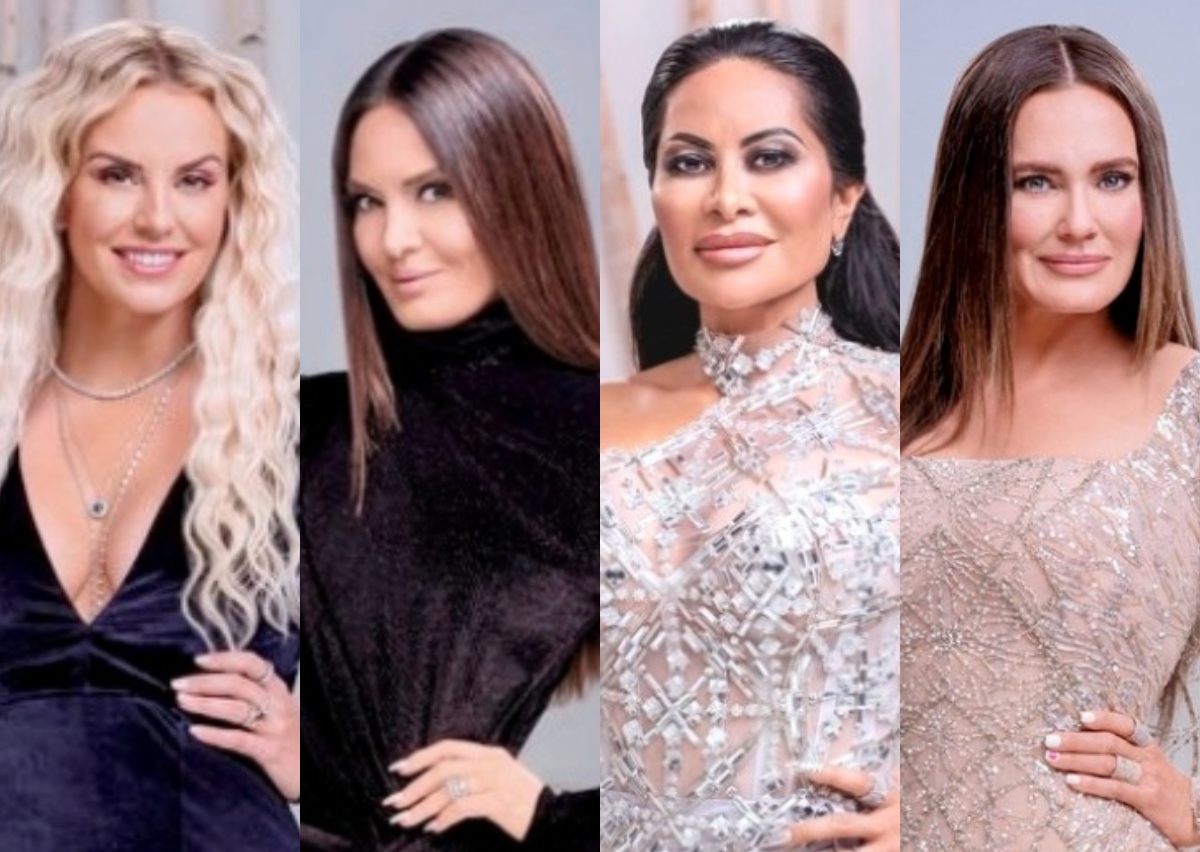 The cast of The Real Housewives of Salt Lake City was seen on the first installment of the three-part reunion on Wednesday night, and during the show, the ladies went to war not only on-screen, but also off.

After failing to present clear receipts during the reunion taping due to a faulty printer, Whitney Rose took to her Twitter page to share a couple of text messages between herself and Lisa Barlow in regard to the tequila at her vow renewal as Lisa clapped back with leaked texts of her own. Plus, Jen Shah seemingly proved that Meredith Marks had lied about when she gave her one of Brooks Marks‘ tracksuits.

“Oops, here is the original! Now, you can pass it around,” Whitney tweeted on February 10.

In Whitney’s message, a screenshot of her and Lisa discussing their plans to include Lisa’s alcohol brand was seen.

“Do you want to have VIDA there? I already have the catering and bar lined up with Culinary Crafts but just thought I’d offer since it’s being filmed,” Whitney wrote in a message to her RHOSLC castmate.

“Yes. That would be perfect. I work with Culinary a lot,” Lisa replied. 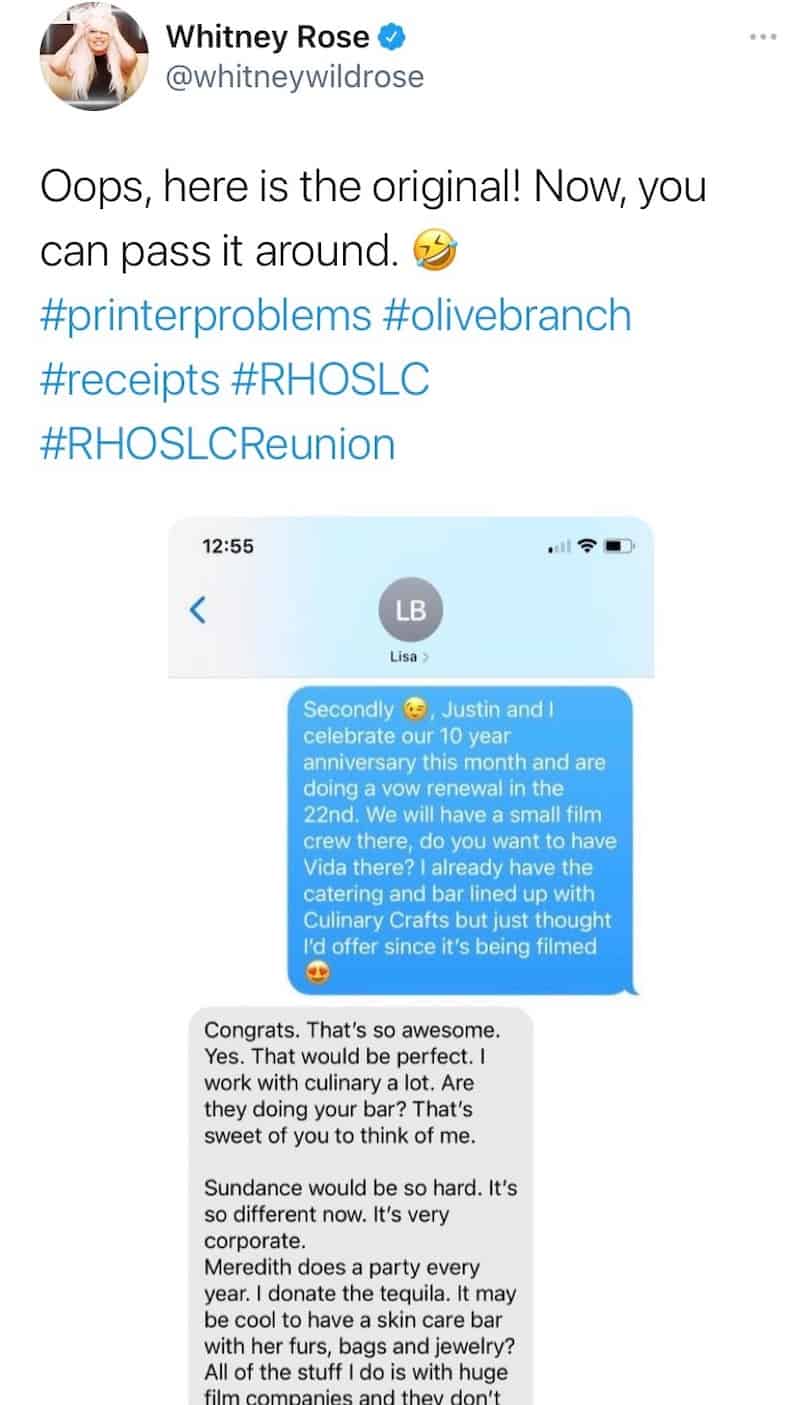 A short time later, Lisa fired back at Whitney with a tweet of her own in which she insisted that she had paid for the alcohol and more.

“Yes. I’m so mean! See for yourself. I was being nice because she asked. I paid for the tequila, ice, mixers, and delivery,” Lisa wrote as she too included a screenshot of texts.

“Emmy is getting everything you need for your special day for you ready and will send all to you by Friday!” Lisa said, adding that she was thankful to Whitney for including VIDA in her and her husband Justin’s celebration. 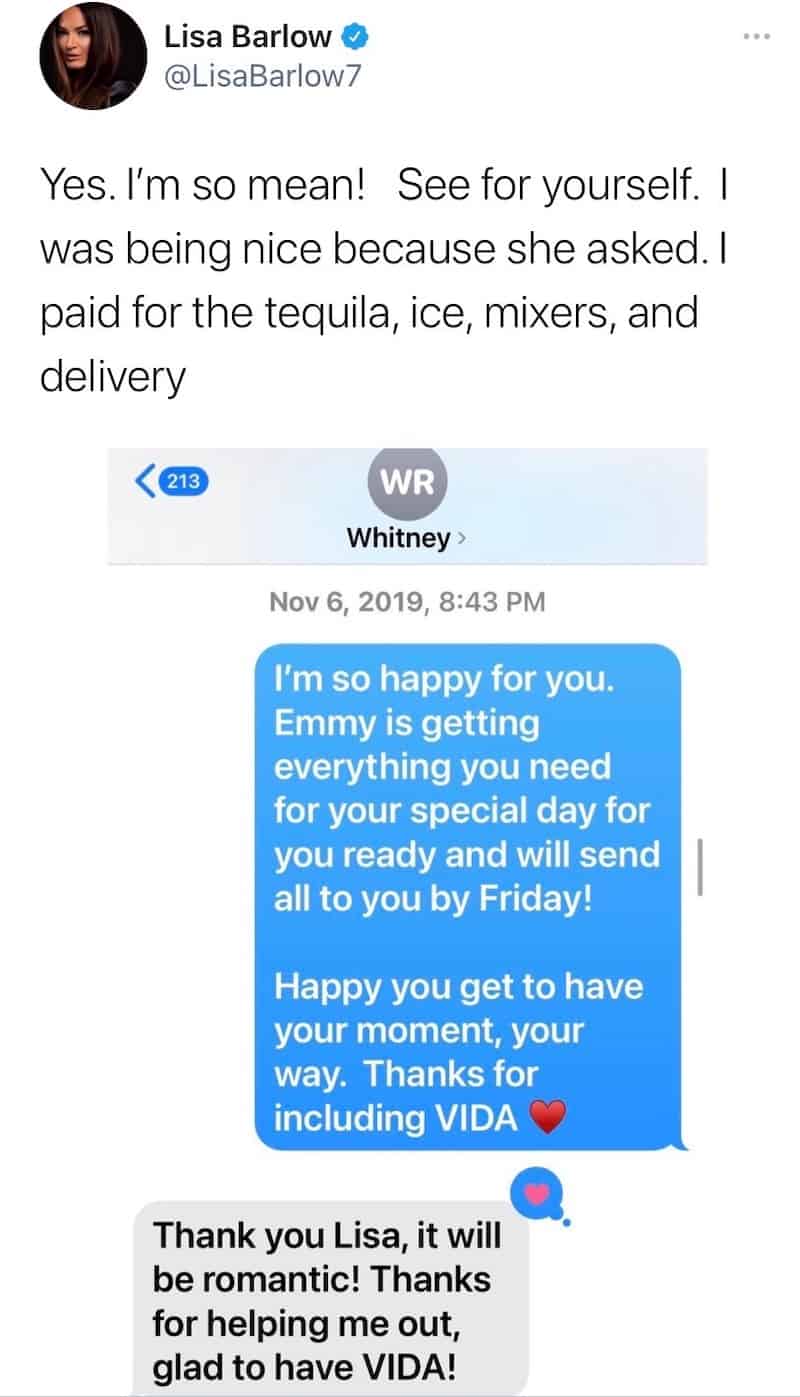 During last night’s reunion, Whitney and Lisa engaged in some back and forth over the bartender at her vow renewal ceremony, as well as just how much of his behavior was Lisa’s responsibility.

Also on Twitter, Jen posted a screenshot of a text message conversation between her and Meredith.

“She gave me the tracksuit in Dec. and the “Grindr Grindr Grindr” night was in Jan…. 2 different sleepovers!” Jen tweeted.

While Meredith claimed to have given Jen the tracksuit in January after a wild night with the ladies, Jen proved that she was actually given the suit months prior by sharing a screenshot of a post she shared on Instagram in December 2019. 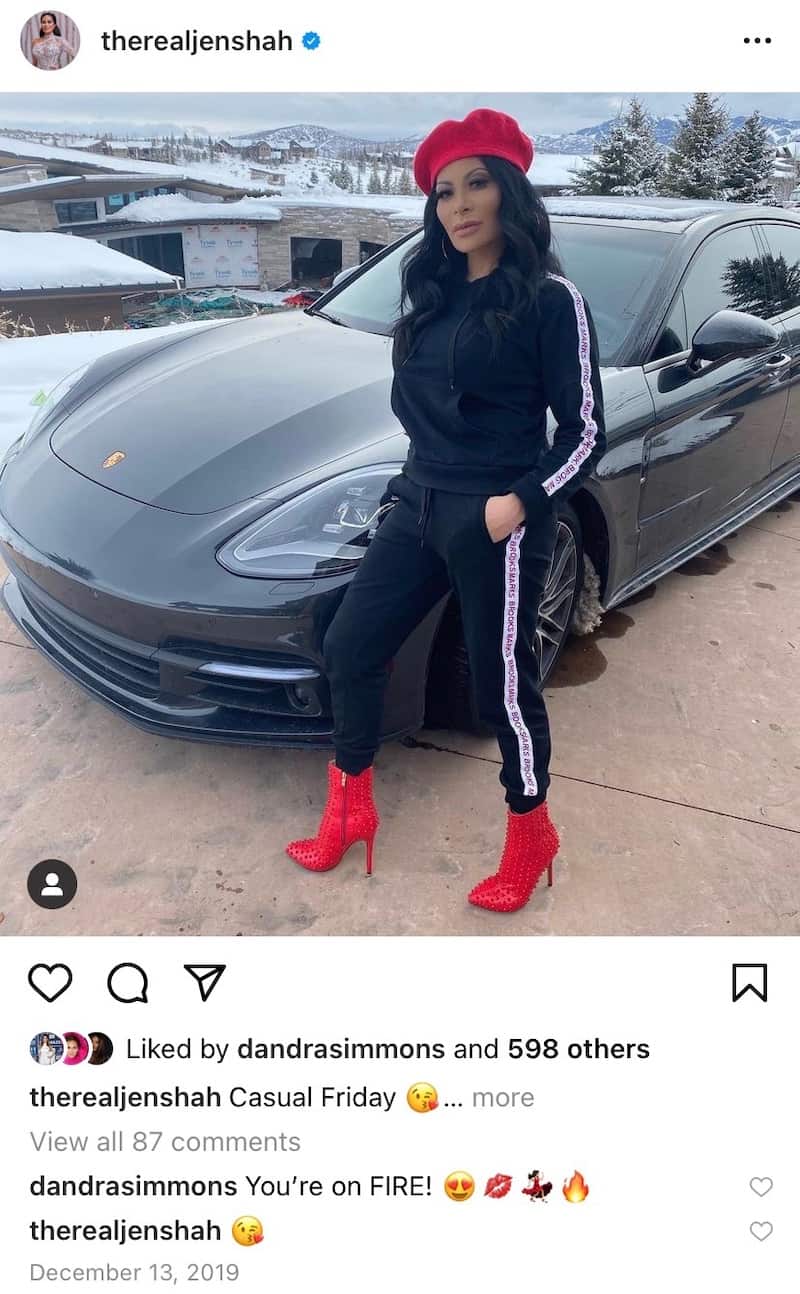 The Real Housewives of Salt Lake City season one reunion continues next Wednesday, February 17, with part two at 10/9c on Bravo.