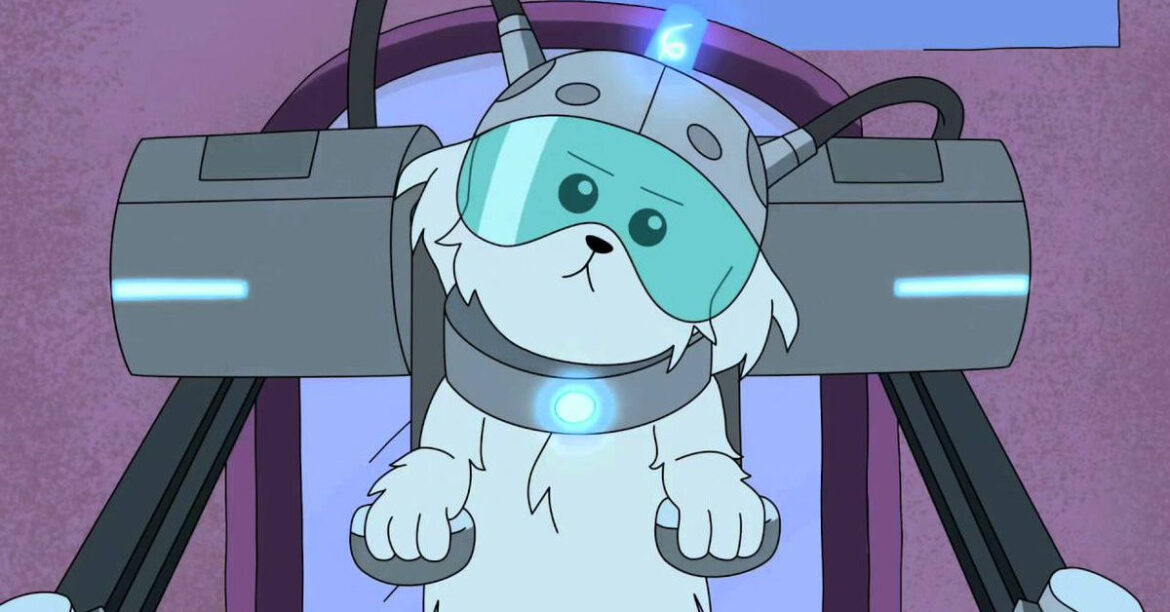 We’re putting aside our Rick and Morty and Solar Opposites coverage to share an update from Justin Roiland (Solar Opposites) regarding the health of his dog Jerry- his best friend for 13 years as well as the inspiration for Beth’s husband’s name, Snowball/Snuffles, and more. Just before the end of the year, Roiland posted the good news that Jerry had recovered from radiation treatment a malignant tumor in his nose. But on Friday, he updated Jerry’s condition- and while the nose cancer remains in remission, his health has taken another turn. “Jerry. Hanging on. Very stylized hair. Beat nose cancer, but now has bladder cancer. I believe he may continue to live for many years to come. Thousands of years. Just like us, right?”

Here’s a look at Roiland’s post from earlier today, offering a look at a very stylish Jerry- and on a personal note? Every ounce of positive, healthy vibes we can get our hands on is being sent Roiland and Jerry’s way:

First mentioned in the series pilot, Snowball/Snuffles would gain the spotlight in the second episode of the first season, “Lawnmower Dog.” When Jerry goes to Rick to create something that will teach Snuffles to bey and not pee inside the house, Rick sets up the canine with a helmet that will help him better understand humans. Of course, with this being a “Rick plan” there had to be some unintended consequences- like Snuffles learning how to amp up the helmet’s capabilities so he can continue to learn.

The next thing we know, Jerry, Beth, and Summer are chained up in the backyard and “Snowball” (because he’s so done with “Snuffles”) and his legion of brilliant canine begin their plan of world domination. Thanks to Morty (the only human who loved him unconditionally) and some skillful dream-manipulation on Rick’s part, Snowball realizes that taking over the Earth isn’t the way and leads his fellow canine to another dimension to develop their own planet. Snowball/Snuffles would appear in pictures and in flashbacks over the course of the series’ run so far, most recently in the fifth episode of the fourth season, “Never Ricking Morty.”