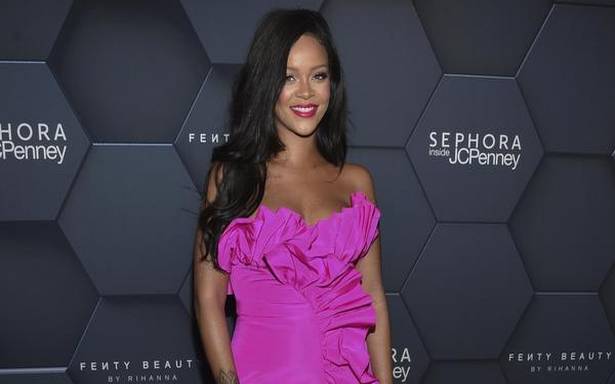 The 32-year old Rihanna is a native of the Caribbean island nation of Barbados, though she has lived in the United States since 2003

Pop icon Rihanna shone a global spotlight on the ongoing farmers protest on the borders of Delhi on Tuesday, using her influential Twitter platform to question the internet suspension that has been imposed at the protest sites around the capital and in several districts of Haryana.

“Why aren’t we talking about this?! #FarmersProtest,” she tweeted to her more than 100 million followers, linking to a CNN article headlined, ‘India cuts internet around New Delhi as protesting farmers clash with police.’ Three hours later, by midnight India time, her tweet had been liked more than two lakh times and retweeted almost one lakh times.

The Ministry of Home Affairs ordered the shutdown of internet services in the border areas of Singhu, Ghazipur and Tikri from Saturday, while the Haryana government has cut off connectivity in seven districts at least until Wednesday.

Rihanna’s tweet received many positive responses, including one from the Kisan Ekta Morcha handle, which acts as the online voice of the protesting farm unions. “Glad! Thanks @rihanna for expressing your concern towards the ongoing farmers protest. ‘Hopeful’ that the masses stand by the truth. Whole world can see but why can’t govt??” it said. Others asked why many Indian celebrities had not expressed their support for the farmers movements.

At least one Indian celeb took exception to Rihanna’s tweet. “No one is talking about it because they are not farmers they are terrorists who are trying to divide India, so that China can take over our vulnerable broken nation and make it a Chinese colony much like USA…Sit down, you fool, we are not selling our nation like you dummies,” tweeted Bollywood actress Kangana Ranaut who has been outspoken about her support of Prime Minister Narendra Modi and her disdain for the protesting farmers.

The 32-year old Rihanna is a native of the Caribbean island nation of Barbados, though she has lived in the United States since 2003. Her Twitter timeline on Tuesday also called for justice for U.S. police shooting victim Breonna Taylor, kicked off a celebration of Black History Month, and expressed prayers for Myanmar, in the wake of a military coup..