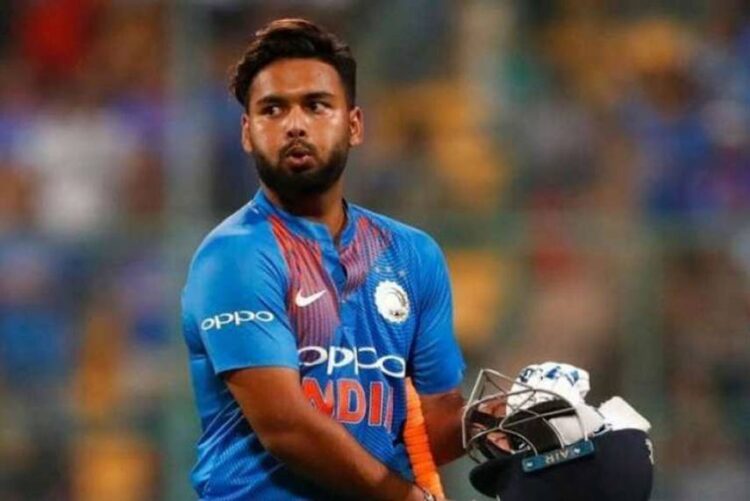 Aakash Chopra said that although wicketkeeper-batsman Rishabh Pant does not have an ODI century to his name yet, he is at the top of his game at the moment.

India wicketkeeper-batsman Rishabh Pant has been in incredible form in the last couple of months and has gone on to do well against both Australia and England.

Aakash Chopra: Rishabh Pant Is At The Top Of His Game Despite Not Scoring A Ton

In the recently concluded ODI series against England, Rishabh Pant scored 155 runs in two innings at a strike-rate of 152. He hit a quick-fire 77 off 40 balls in the second match and followed it up with a 78 off 62 in the series-decider.

Each time he came in when India needed to up their scoring rate and he delivered with the willow. He hit a total of 11 maximums which is the most by an Indian batsman in the ODI series and 8 boundaries. Former India batsman Aakash Chopra said that although every fan expects a century from Rishabh Pant every time the batsman looks set and ready to notch up a big score, he is at the top of his game at the moment, despite not having an ODI hundred.

“India promoted him in the batting order. He was coming at No.5 but was sent at No.4 today (on Sunday) so that the left-right combination could be maintained. Wickets had fallen one after the other, three of them had fallen together and you found yourself in a precarious situation from where you had to survive and get out,” said Aakash Chopra.

“He got out to a good ball, it was very full and he was probably not ready for that, Jos Buttler took a very good catch. But the destructive way he was batting, I was expecting a century, and India would have reached 370 in that case. Unfortunately, he got out. We keep waiting for a century but he is batting extremely well,” Aakash Chopra said on Star Sports.

Aakash Chopra also said that when swashbuckling keeper Rishabh Pant bats, it looks like he is taking a lot of risks, but added that that’s the way the wicketkeeper-batsman bats well.

“He plays in this fashion and will continue doing so. We all feel that he takes a bit too much risk but that is his strength and style of play and if you stick to that and despite that, if you are consistent, it means you are a special player. We say the same thing about AB de Villiers and used to say about Adam Gilchrist. We are saying the same thing about Rishabh Pant. It seems like he is taking a little chance by playing shots in the air but whenever he hits the ball in the air, the ball lands in the stands,” Aakash Chopra added.

Promoted to No.4 after his brilliant 77 in the 2nd ODI, Rishabh Pant made most of the good start provided by openers Rohit Sharma and Shikhar Dhawan to hit a brilliant 78 off just 62 balls in the 3rd ODI. This is also Rishabh Pant’s highest score in ODIs.

He also became only the third India wicket-keeper batsman to score multiple fifty-plus scores in a series against England after MS Dhoni’s 3 fifties in 2011 and Rahul Dravid’s 2 fifties in 2002. This was Rishabh Pant’s third ODI fifty and the second one against England.

Rishabh Pant and Hardik Pandya hit stroke-filled half-centuries but the Indian lower-order caved in meekly to settle for a below-par 329 against England in the third and final ODI at Pune. Rishabh Pant’s sparkling knock of 78 off 62 balls was well supported by Hardik Pandya (64 off 44 balls) but India lost their last four wickets for a mere eight runs to finish at least 30 runs short on another batting belter.

Sam Curran gave the hosts a scare with an unbeaten 95 but Virat Kohli’s men held their nerves to see out the win and take the series. Half-centuries by Shikhar Dhawan, Rishabh Pant, and Hardik Pandya had helped India set England a target of 330. The Indian innings was built on two big partnerships- the first one 103 for the opening wicket between Rohit Sharma (37) and Shikhar Dhawan and 99 for the fifth wicket between Rishabh Pant and Hardik Pandya.