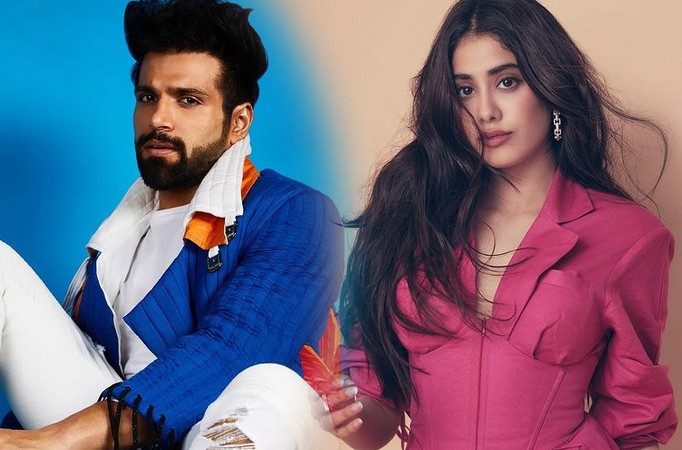 MUMBAI: Rithvik Dhanjani rose to fame with his performance in the show Pavitra Rishta and is one of the most popular actors on the small screen. With his dashing looks and cool personality, Rithvik has garnered a huge fan following.

Rithvik has been a part of several popular shows. Today, he is considered as one of the top-rated actors of the small screen.

The actor has been part of many reality shows and has made a place in the audience’s hearts.

Apart from acting, Rithvik is also a good host and has hosted shows like Super Dancer, Nach Baliye, India’s Best Dramebaaz, and India’s Next Superstars.

The actor is a very good dancer, and we have seen that talent on shows like Nach Baliye and Jhalak Dikhhla Jaa, where he was praised for his dancing skills.

Now, we came across a video where Rithvik is seen dancing to the tunes of Janhvi Kapoor along with Super Dancer chorographer Tushaar Shetty.

The two give a different twist to the song Nadiyon Paar from the movie Roohi. They do hip-hop on the song, and the steps are bang on.

The dance video will blow your mind away, as the steps are really good. Fans have applauded the performance and commented saying that it’s awesome.

Rithvik these days is taking a break from fiction shows and, in an interview, recently said that he will only take up any TV show if a script comes his way that he cannot refuse. Until then, he is happy doing non-fictional shows.

He will be seen every weekend as the host of Super Dancer 4.

(Also Read: Did Asha Negi end her relationship with Rithvik Dhanjani? Deets inside  )