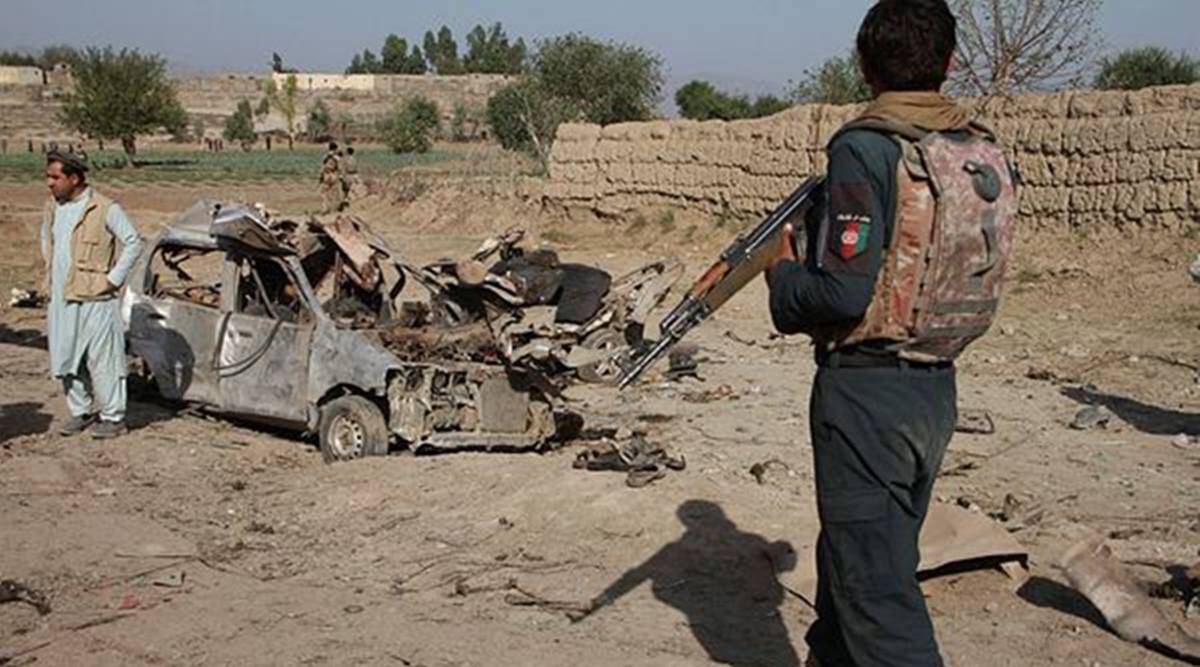 
No one has claimed responsibility for the attack yet. (Representational image/AP)

Roadside bombs exploded in central Afghanistan on Tuesday killing at least 13 civilians and a traffic policeman, officials said, even as government negotiators and the Taliban meet to try to end decades of war.

Tariq Arian, the spokesman for the Interior Ministry, said 45 people were also wounded in a late afternoon blast in Bamiyan city in Bamiyan province. Several shops and vehicles were destroyed or damaged.

Mohammad Reza Yusuofi, spokesman for the provincial police chief in Bamiyan, said there were two bombs that exploded in quick succession.

No one immediately claimed responsibility for the attack and Zabihullah Mujahid, Taliban spokesman, said the group was not involved.

The Islamic State group affiliate in Afghanistan has declared war on the country’s minority Shiite Muslims — and Bamiyan is a mostly Shiite province.

Violence and chaos have increased in Afghanistan in recent months even as government negotiators and the Taliban are meeting in Qatar to find an end to decades of relentless war. The two sides have made little progress.

Read | US troops are packing up in Afghanistan, ready or not

The IS affiliate has claimed responsibility for recent attacks in Afghanistan, including two horrific assaults on educational institutions that killed at least 50 people, most of them students.

The US blamed the IS affiliate for an attack on a maternity hospital earlier this year that killed 24 new mothers and infant babies. The hospital was located in Kabul’s Dasht-e-Barchi neighbourhood, dominated by ethnic Hazaras who are mostly Shiites.

If Tuesday’s attack in Bamiyan is claimed by the IS affiliate, it would mark a dangerous escalation and signal the group penetrated a province that has been considered a refuge from the bitter fighting elsewhere in the country.

Bamiyan’s Buddhist population was mostly destroyed in early 2001 by the Taliban, who ruled for five years until late 2001 when they were overthrown by the U.S.-led coalition. The province is also a popular tourist destination, mostly because of Band-e-Amir National Park.

“Our support and further level (of assistance) will be assessed on the basis of the authorities’ efforts against corruption,” Eriksen Soereide said in a statement, adding that satisfactory progress in the peace process is important.