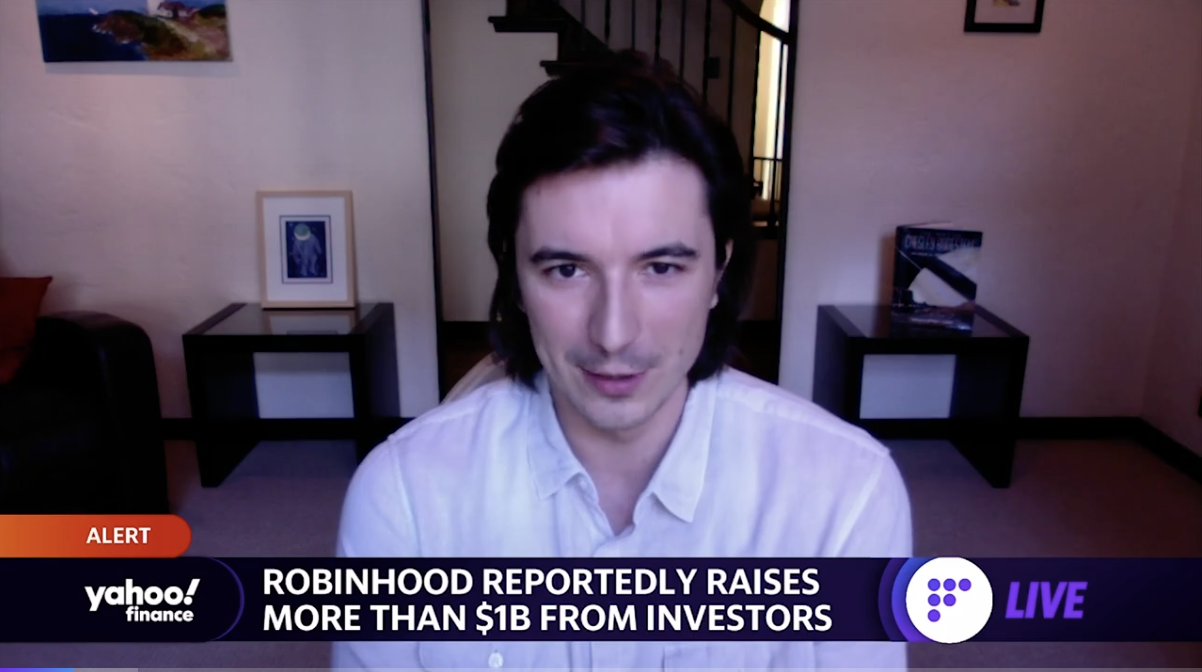 When the exponential 500% run up of GameStop’s stock this week reversed on Thursday to come crashing down after trading platforms like Robinhood blocked customers from buying shares, there was no shortage of outrage and theories as to what was behind the trading platform’s decision.

One theory in particular, alleging the decision may have stemmed from outside pressure coming from hedge funds shorting GameStop’s stock, quickly gained attention from a surprising group, including Rep. Ted Cruz, Rep. Alexandria Ocasio Cortez, Reddit, Fox News, CNN, and the Winklevoss twins.

It’s easy to see why the theory caught on so quickly, considering Robinhood, like most major brokerages, does indeed sell its users’ order flow to Citadel, a hedge fund that this week helped inject more than $2 billion dollars into another hedge fund, Melvin Capital, which saw losses from its short position against GameStop quickly pile up. But Robinhood is not unique in its Citadel connection to sell order flow (as Yahoo Finance has explained in great detail before) nor was Robinhood unique this week in suspending customer purchases of certain stocks.

Where Robinhood’s decision to suspend trading might become unique, however, stems from a closer look into the real reason CEO Vlad Tenev provided in a Yahoo Finance Live interview on Friday.

First up, Tenev didn’t beat around the bush in refuting the “conspiracy theory” that outside hedge funds like Citadel played any role in Robinhood’s thinking.

“On that conspiracy theory, I think I’ve over and over again said it’s not true,” he told Yahoo Finance. “Our decision to temporarily restrict customers from buying certain securities had nothing to do with a market maker or a market participant or anyone like that putting pressure on us or asking us to do that. It was entirely about market dynamics and clearing house deposit requirements as per regulations.”

So what are those regulations? Without going into too much detail, brokerages like Robinhood typically route trades through a clearing house, which helps streamline the trading process until customer trades, like buying GameStop shares, settle. Usually, that process takes a couple of business days to settle and the clearing house taking on that trade is required to put up collateral on behalf of the broker to help facilitate a trade forward as an intermediary. But when volatility strikes and shares move up and down over those two settling days, that process can become prohibitively expensive.

That would align with the same reason provided to Yahoo Finance from Webull, another free stock trading platform and direct competitor to Robinhood, that also briefly suspended buy orders placed by customers Thursday for GameStop, AMC, or Koss shares. Both CEOs pointed to those same clearing house regulations as the reason for suspending share purchases.

“It wasn’t our choice,” Webull CEO Anthony Denier said in an interview Thursday. “Our clearing firm gave us a call and said we’re going to have to stop allowing new opening positions in the three names: [AMC, GameStop and Koss.]”

NEW: The CEO of Webull tell us the decision to join Robinhood in restricting AMC and GameStop trades came from soaring costs to settle its users trades:

“It wasn’t our choice … this has to do with settlement mechanics in the market.”pic.twitter.com/Micz5U6SRc

In fact, the increased volatility around those stocks, including GameStop’s 300% rise this week, made it prohibitively more expensive for Apex Clearing, Webull’s clearing house of choice, to hold the liability of those shares while the trades placed by customers on Webull settled. “The cost of clearing those things have gone up by 3X overnight,” he said.

Early Thursday afternoon, while buying certain securities on Robinhood remained suspended, Webull quickly restored purchases on GameStop and AMC only after Denier said Apex instructed him that the outside clearing house had been able to secure additional funding and negotiated collateral levels with the final intermediary in the settling process, the Depository Trust & Clearing Corporation.

Where Robinhood differs from Webull, however, is that it doesn’t use an outside clearing house. Rather, as a 2018 Robinhood blog post explains, the trading platform decided to cut ties with the same clearing house Webull used, Apex Clearing, to instead build the technology in-house. The blog post celebrates the achievement, noting that its Clearing by Robinhood platform was “the only clearing system built from scratch, and on modern technology, in the last decade.”

It was an interesting move, Denier notes, considering running clearing operations tend to be extremely capital intensive and very heavily regulated due to collateral requirements. The upside, however, is that a firm stands to gain substantial revenue by adding the ability to utilize customer assets through the process and can be a big moneymaker in the brokerage business.

Indeed, Robinhood may have been the latest to build this capability, but it certainly wasn’t the first. The respective clearinghouses established by trading competitors Charles Schwab and TD Ameritrade (Charles Schwab Clearing Services and TD Ameritrade Clearing) were built years ago. Coincidentally, TD Ameritrade reported more than $200 million in revenue made off selling its equities and options order flow in the first quarter of 2020 alone, according to company filings, with $83 million coming from Citadel Securities. In the same quarter, Robinhood reported $91 million in payment for order flow revenue with $39 million coming from the hedge fund. Robinhood’s same total in the third quarter more than doubled to $190 million.

But through all of this week’s volatility, neither Schwab, nor TD Ameritrade had to restrict customer buy orders on GameStop, AMC, or Koss — a point the brokerages recently made absolutely clear when only margin requirements were proactively adjusted.

Given the fact that neither TD Ameritrade nor Charles Schwab resorted to having to suspend even basic buy orders on any security, let along the incredibly volatile movers in GameStop or AMC, it begged the question: What went wrong with Robinhood’s system? And perhaps more pointedly, if Robinhood made this decision to take on the added liability of its own clearing house, why wasn’t the possible volatility addressed before it had to raise an emergency funding round of $1 billion dollars?

“I don’t really want to get into the details of exactly what happened when,” Tenev told Yahoo Finance when pressed about the question. “I think if you look at this entire situation, it’s a novel situation. A relatively small number of stocks have gone viral on the internet and as things that go viral on social media and the internet do, there’s an exponential growth in interest.”

When pressed further about whether or not the entire situation and resulting class action lawsuit filed by its customers could have been avoided if Robinhood continued using an outside clearing house instead of opting for the prospect of added revenue, Tenev declined to entertain the thought.

“It’s hard to say the counterfactual,” he said.

That counterfactual and others will no doubt become questions in investigations that are sure to follow this week’s dramatic trading action. The U.S. Securities and Exchange Commission has already said it intends to not only look into the actions of regulated participants, but also any possible market manipulation that may have driven specific securities higher.

“The Commission will closely review actions taken by regulated entities that may disadvantage investors or otherwise unduly inhibit their ability to trade certain securities,” the SEC said in a Friday statement.

What the SEC or other regulators are able to uncover in looking into how a Reddit forum led to this week’s novel market volatility remains to be seen. For Robinhood, Tenev said he hopes those discussions continue.

“We are constantly in communication with our regulators and with lawmakers and we continue to do so. I look forward to having conversations with anyone about this because obviously I think it’s highly technical and involves settlement mechanics as you guys saw in some of your other conversations and I think Robinhood made the right decision here.”

Whether the free market and Robinhood customers now learning about what went wrong agree will soon be made clear. In the brief window where Webull still allowed GameStop and AMC share purchases Thursday while Robinhood did not, Denier said new applications spiked 2,000%.

Zack Guzman is an anchor for Yahoo Finance Live as well as a senior writer covering entrepreneurship, cannabis, startups, and breaking news at Yahoo Finance. Follow him on Twitter @zGuz.