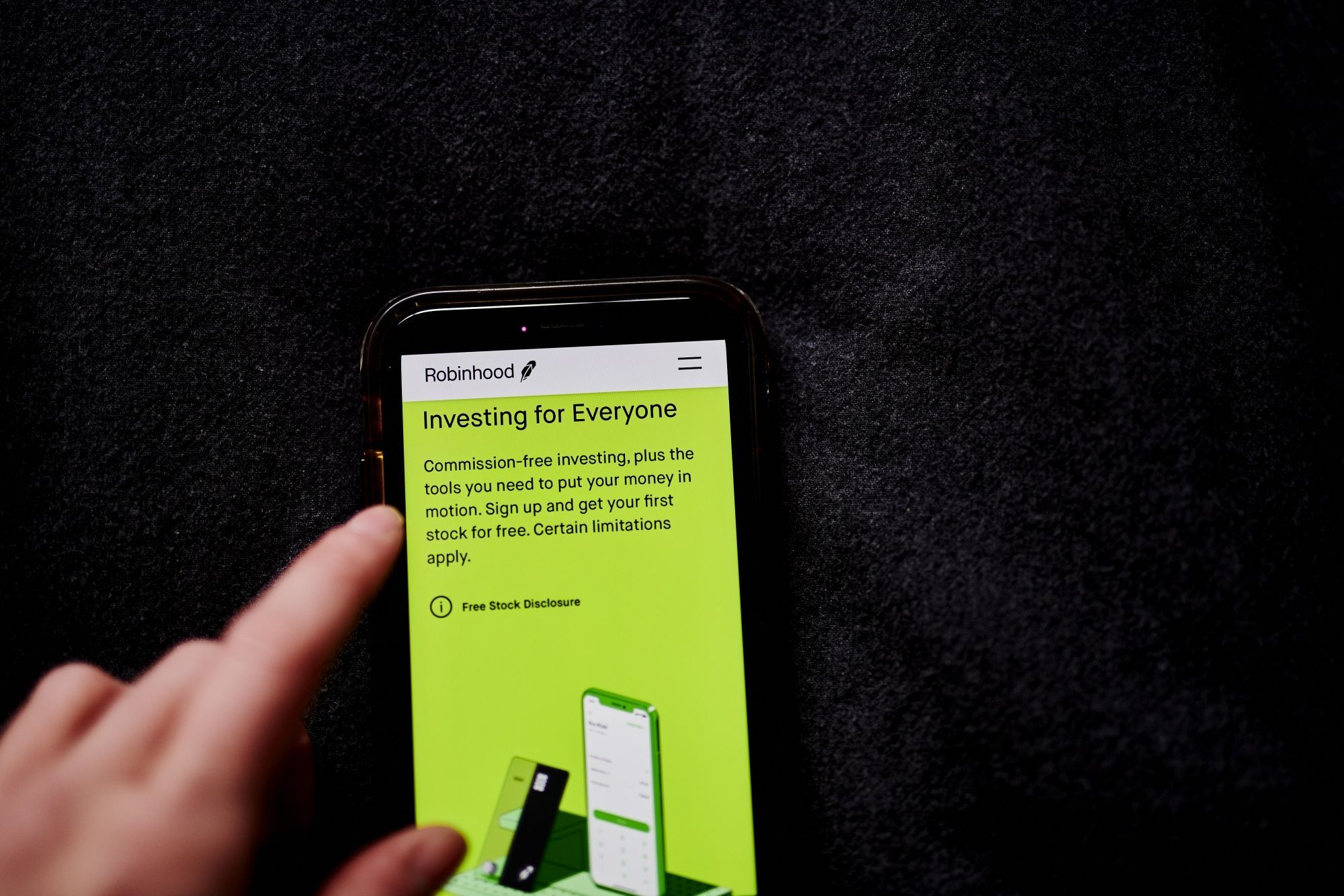 (Bloomberg) — New York markets had just fired up, and the investing world was tuning in for Thursday’s episode of the continuing drama: Legions of Robinhood Markets investors versus hedge-fund Goliaths.

But within minutes, a shock wave invisible to the outside world rattled the mechanics of Wall Street — sending Robinhood rushing for more than $1 billion of additional cash. The stock market’s central clearing hub had demanded large sums of collateral from brokerages including Robinhood that for weeks had facilitated spectacular jumps in shares such as GameStop Corp.

The Silicon Valley venture with the wildly popular no-fee trading app came to a crossroads. It reined in the risk to itself by banning certain trades and unwinding client bets — igniting an outcry from customers and even U.S. political leaders. By that night, word was emerging that Robinhood had raised more than $1 billion from existing investors and drawn hundreds of millions more from bank credit lines to weather the storm.

“Look, it is not negotiable for us to comply with our financial requirements and our clearinghouse deposits,” Robinhood Chief Executive Officer Vlad Tenev said in defending his firm’s decisions on Thursday in a Bloomberg Television interview. “We have to do that.”

The capital injection is “a strong sign of confidence from investors that will help us continue to further serve our customers,” a Robinhood spokesperson later said in an emailed statement. The money will allow the firm to “continue to invest in record growth.”

When the history of this month’s stock mania is written, it may be a story of how retail traders set out from Reddit message boards to challenge Wall Street’s status quo — and ended up battering their beloved brokerage too.

For weeks, Robinhood, with a mission “to democratize finance for all,” has been their trading platform of choice as they inflicted billions of dollars of losses on hedge funds by sending stocks that those firms had shorted into the stratosphere — a sort-of populist crusade into the staid world of finance.

The question is whether such critics will dig into the industry’s inner workings, where pressure mounted on Robinhood and other firms to limit certain trades. That would put a rare spotlight on arcane parts of the market designed to prevent catastrophe, such as the Depository Trust & Clearing Corp.

One key consideration for brokers, particularly around high-flying and volatile stocks like GameStop, is in the money they must put up with the DTCC while waiting a few days for stock transactions to settle. Those outlays, which behave like margin in a brokerage account, can create a cash crunch on volatile days, say when GameStop falls from $483 to $112 like it did at one point during Thursday’s session.

“It’s not really Robinhood doing nefarious stuff,” said Bloomberg Intelligence analyst Larry Tabb. “It’s the DTCC saying ‘This stuff is just too risky. We don’t trust that these guys have the cash to be able to withstand settling these things two days from now, because in two days, who knows what the price could be, it could be zero.’”

The trouble on Thursday began around 10 a.m., when after days of turbulence, the DTCC demanded significantly more collateral from member brokers, according to two people familiar with the matter.

A spokesman for the DTCC wouldn’t specify how much it required from specific firms but said that by the end of the day industrywide collateral requirements jumped to $33.5 billion, up from $26 billion.

Brokerage executives rushed to figure out how to come up with the funds. Robinhood’s reaction drew the most public attention, but the firm wasn’t alone in limiting trading of stocks such as GameStop and AMC Entertainment Holdings Inc.

Thomas Peterffy, the billionaire chairman of Greenwich, Connecticut-based Interactive Brokers, told Bloomberg TV the restrictions were prompted by concerns “about the integrity of the marketplace and the system.”

E*Trade stressed that its measures were a highly unusual. “We take actions like this seriously, and only initiate them in rare circumstances,” said spokesman Thayer Fox, adding that he expected normal trading to resume Friday.

Robinhood said after markets closed that it plans to allow “limited buys” to resume in affected securities. It also tried to assuage customer concerns with an email that evening: “This was a temporary decision made to best continue serving you, and was not an easy one to make.”

The firm has tapped at least several hundred million dollars from its bank credit lines, a person with knowledge of the situation said. The company’s lenders include JPMorgan Chase & Co. and Goldman Sachs Group Inc., according to data compiled by Bloomberg. Representatives for Robinhood and those banks declined to comment.

One question is whether frustrated customers will forgive what some see as a betrayal in their campaign against Wall Street’s financial elite.

Douglas Bray, a software developer from Connecticut who’s been using Robinhood for about five years, said he plans to withdraw about $100,000 after the trading restrictions.

“I’m disappointed I could not keep my money in GME like any institutional investor could,” said Bray, 32, referring to GameStop’s ticker. “Hedge funds are on the brink of a massive short squeeze and appear to be calling in all the cavalry. So brokers are now ‘protecting’ customers as a facade so that they can appease their institutional backers. The entire community is outraged.”

Other brokerages may hope to capitalize on the moment.

Webull, which has expanded during the pandemic, saw new accounts soar 16-fold over the seven-day average, according to CEO Anthony Denier. Its app ranked as the second-most-popular free iPhone app in the U.S. on Thursday, up from No. 60 a day earlier, according to SensorTower, which gathers data on mobile apps. (Robinhood was still No. 1.)

Denier didn’t want to comment on the reason for the jump. Earlier Thursday, Webull also restricted trading on shares including GameStop and AMC, but then reversed its decision.

Robinhood has been expected for months to hold an initial public offering this year. Late Thursday, people with knowledge of those preparations said the plan is to press ahead sometime in the first half of 2021, despite the controversy and draw-down on credit lines.

But it remains to be seen what the lasting impact is from Robinhood’s association with the retail trading revolt — and now any strains in the firm’s relationship with the rebels behind it.

“The restrictions in trading today only worsened the situation,” Douglas Boneparth, who competes with Robinhood for customers as president of the wealth-management firm Bona Fide Wealth, said Thursday. “Many will ignore the fact that Robinhood faced increased costs that created an unsustainable business environment.”

Robinhood Raises $1 Billion in Dash for Cash After Trader Revolt

X
Visitors rave about Japan’s famous bamboo forest. Here’s what it rea…BusinessRecognize the photograph above? It adorns walls, computer screens and websites for psychiatrists and financial planners.It's also on shower curtains, …
close