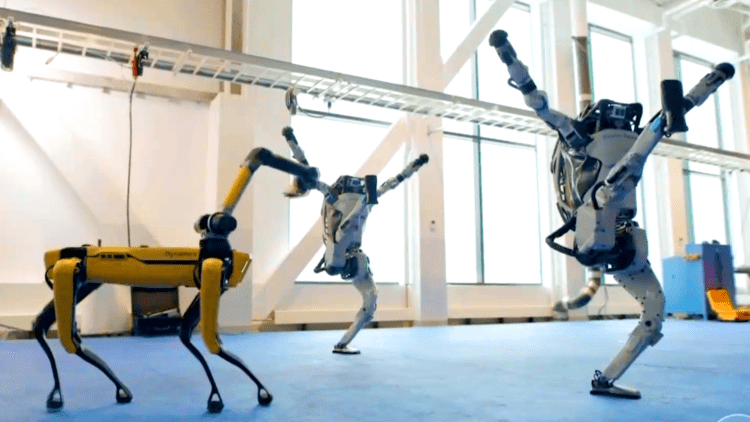 On 60 Minutes Sunday, Anderson Cooper got a behind-the-scenes look at Boston Dynamics where he got a chance to meet the next generation of robots, and as it turns out, some of them got rhythm. Boston Dynamics regularly releases videos of increasingly advanced robots that inspire fear in some and fascination in others. Even the robots dancing was met with a mixed response.

As fun as the dancing robots are, Boston Dynamics founder Marc Raibert explained that there is a reason for it besides fun. But he also admitted that he finds it fun.

“What’s the point in proving that the robot can do the Mashed Potato?” Cooper asked. “This process of, you know, doing new things with the robots lets you generate new tools,” Raibert replied, “new approaches, new understanding of the problem. That takes you forward, but, man, isn’t it just fun?”

But not all robots were built with the dexterity to do the Mashed Potato. Besides the dancing robots, 60 Minutes viewers were also treated to a robot blooper reel of robots doing the robot equivalent of a face-plant.

Watch this heartbreaking goodbye on American Idol: ‘I wanted to hear a yes’: