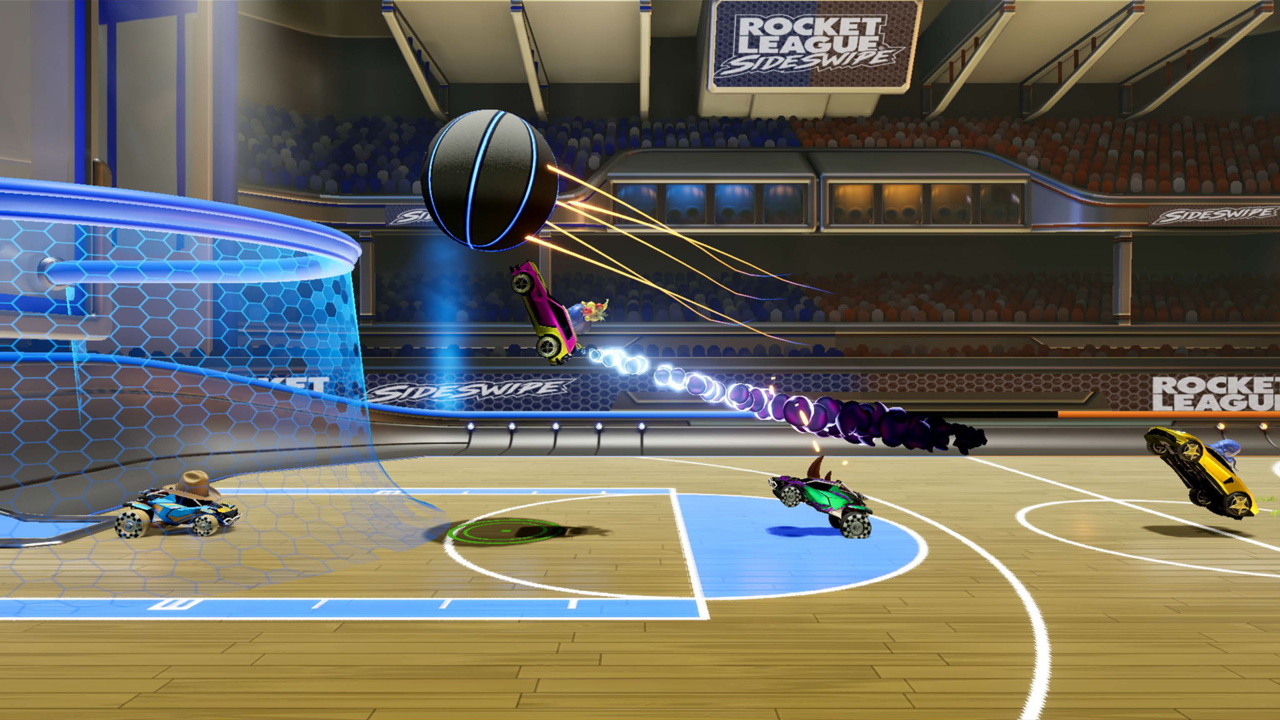 is coming to iOS and Android. Psyonix is building from the ground up for mobile devices. You’ll be able to play in solo games or team up with a friend for two vs. two matches, which last two minutes each.

The perspective is switching to a 2D, side-on view. Rocket League Sideswipe has touch controls that Psyonix says are easy to pick up. There’ll be advanced control mechanics for budding car soccer pros to get to grips with as well.

As in the original game, there’ll be a ranking system for competitive modes. You’ll have a ton of car customization options too.

Psyonix is hoping to release the free-to-play Rocket League Sideswipe later this year. Players in Australia and New Zealand can get an early hands-on starting today though an Android regional alpha test. You can find that on the Google Play Store. There’ll be betas in other regions in the coming months.