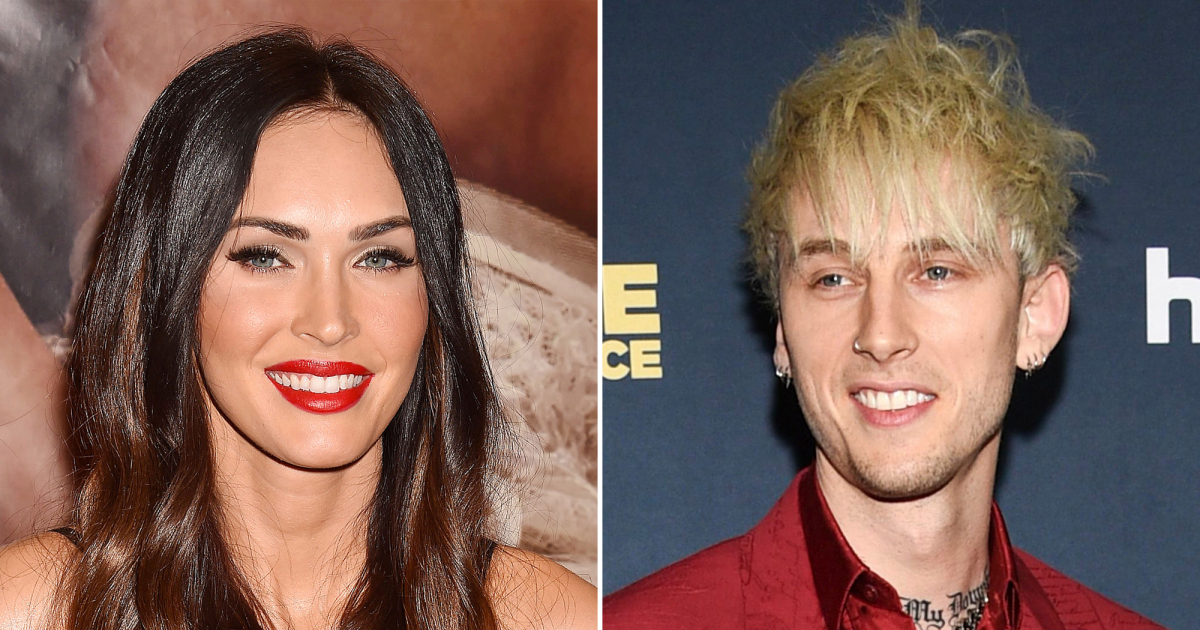 A pending engagement or coincidence? Megan Fox and Machine Gun Kelly‘s romance appears to be heating up, because both of them are sporting new rings.

MGK, 30, and Megan, 34, noticeably flashed a peek at their rings in New York on Thursday, January 28, while preparing to head into the Saturday Night Live studio in photos obtained by Daily Mail.

The Transformers actress opted for a playful ensemble, wearing a pink cheetah-print cardigan and a floral cat-ear headband as well as tattered black jeans and matching boots. MGK, 30, dressed in a black puffer jacket and pants for their outing in the Big Apple.

Fans are now left wondering if the lyricist (real name: Colson Baker) got down on one knee to pop the question … or even if the couple secretly got married. Sparks are clearly still flying between the performer and box office bombshell after they first made headlines for their blossoming romance in June 2020. The news came one month after her estranged husband, Brian Austin Green, announced they broke up following nearly 10 years of marriage.

Brian, 47, previously broke his silence on the couple in a May 2020 episode of his “… With Brian Austin Green” podcast. “I trust her judgment,” the 90210 star said, letting listeners know he doesn’t wish for any post-split animosity. “I don’t want people to think her or he are villains or I was a victim in any way.”

“It sucks when life changes and something that you’re used to, that you’ve been doing for 15 years, you try and not get rid of but you change,” he added. “I really don’t want Megan and I to be at odds … she’s been my best friend for 15 years and I don’t want to lose that.”

Megan and MGK first grew close while filming Midnight in the Switchgrass in March 2020. Since then, the star has appeared as the love interest in his “Bloody Valentine” music video and she also got a collarbone tattoo reading “el pistolero,” which is Spanish for “the gunman,” one of the musician’s nicknames.