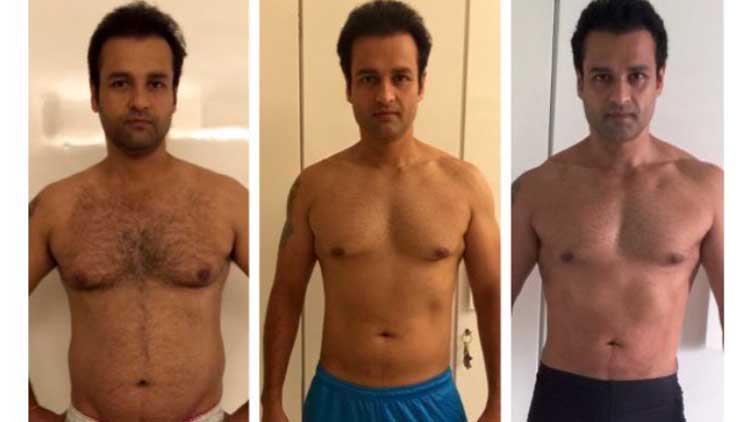 Actor Rohit Roy has undergone a massive physical transformation. He took to Social Media to share a collage of shirtless photos taken at different times. Sharing the same image on Twitter, Rohit told his fans that there are no “shortcuts” or “magic pills” for “transformations”. It happens only with “time” and consistent efforts.

Fans were stunned by Rohit’s transformation, with many asking for his diet and workout routine. “Take a bow master…!! More power to you, stay motivated and inspire millions,” one wrote, replying to his tweet. “Amazing bro. You are again like a fine wine,” another wrote. “Always thought you were Hollywood material,” a third wrote.

Minutes after the post went viral, the actor received a lot of love and support from his friends from the industry. Actors Sanjay Kapoor and Suniel Shetty showered the comments section with thumbs up and folded hands emojis. Actors Sayantani Ghosh, Mohit Malik and Simone Singh also appreciated the post. R Madhavan took to his Instagram Story to give a shout out to Rohit. He also added a little note that stated that he was impressed by his “brilliant” physical transformation. He added that the star is another name for “motivation”.

Many fans of Rohit asked for his diet and workout routine. While one wrote that his body transformation has inspired a lot of people, another commented that he is “like a fine wine” who gets better as he grows old.

Rohit is known for television shows such as Des Mein Niklla Hoga Chand, Milan and Swabhimaan. He has also acted in films such as Shootout at Lokhandwala, Fashion, Apartment and Kaabil.

Earlier this year, Rohit was seen in the gangster drama Mumbai Saga, directed by Sanjay Gupta. The film, which also starred Emraan Hashmi, John Abraham and Kajal Aggarwal, got a compromised theatrical release amid the Covid-19 pandemic.

Bigg Boss Samyuktha shows her six-pack midriff, fans are shocked by her transformation –...

Check out Erica Fernandes’ THEN and NOW picture; her transformation will shock you!

‘The Batman’ Robert Pattinson Doing It All! From Sandbag Routines To Running 5-10 Kms,...