Rolling along with Sameer Ali Khan 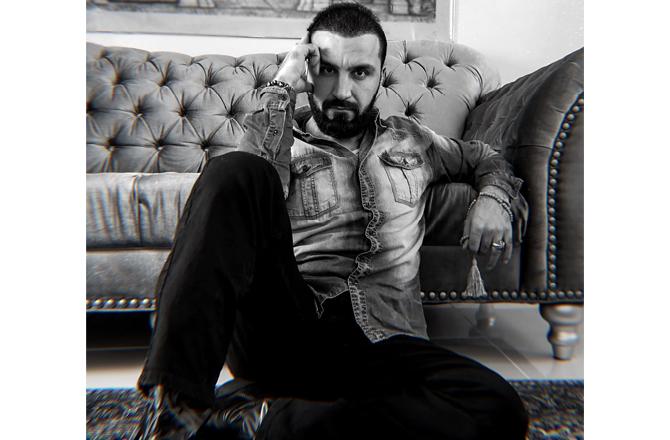 While the world has essentially come to a standstill due to Covid 19, Action Star Sameer Ali Khan is busy honing his acting skills on more substantial pieces of dramatic work. Khan, who has shined in Bollywood spectacles like Airlift, Happy New Year, and Krrish 3, says he loves a good challenge.

“I feel very lucky as I got the opportunity to work with stars that I have grown up watching on screen”, says Khan. “I learned from the work ethic of legends Hrithik Roshan, Shahrukh Khan, and Akshay Kuma; they’re unstoppable!” As an Afghan immigrant and Bollywood outsider, I knew challenges, rejections, and failure were part of the business. The crazy thing is, I loved that journey! I learned from the pros to just keep going. I learned to look forward to overcoming challenges. You just have to keep moving.”

Over coming challenges is what brought Khan from his home in Kabul, Afghanistan to Bollywood to Hollywood. He credits his forward momentum to pivotal people, such as his agent Purvi Lavingia, who’ve made sure Khan was offered the kind of roles which furthered his career. Roles such as the brooding drug king-pin, Azam Ghol, in Barry Levinson’s, Rock the Kasbah. Khan reflected; “It was a dream-come-true to act under the guidance of legendary Director Barry Levinson. For me it was a definite career high. At the time I was thinking, how can it get better than this?”

Khan is determined to find out how much better it can get. Even though movie theaters around the world are currently blacked out due to the Corona Virus restrictions, Khan is busy showing off his television chops as top villain Al Hazred in the series Seal Team. Khan loves playing good and bad guys; especially when the character he gets to play is Afghan. He adamantly asserts that Afghanistan shouldn’t be underestimated when it comes to art, music and cinema. ” I love to bring positive attention to Afghanistan and its culture. Decades of war and yet there still remains a pulse. Afghanistan has life and beauty in its culture and people. It lives and still breathes and I want people to know there’s much to the country than the hardship it’s endured all these years”.

While Khan still an action star at heart, he’s currently seeking to test his mettle on weightier and more substantial Hollywood roles. “I have been a part of some big projects; getting the privilige to act alongside such stars as Bill Murray, Bruce Wills, Kate Hudson, Casey Affleck and Danny Mcbride. I want to entertain my audience and keep delving into what Hollywood has to offer and hopefully find a new niche where I can explore and evolve as an actor as well. The thought of growing as an actor is what keeps me going.”