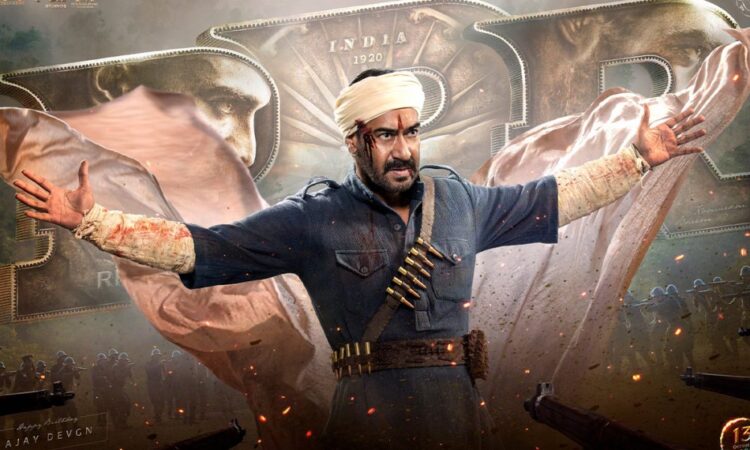 As we keep getting closer to the release date, makers of the awaited pan-Indian film RRR keep dropping delightful surprises for their fans. They recently revealed Bollywood star Ajay Devgn’s first look who is all set to debut in the south with this film.  It was done on the occasion of his birthday!

The official Twitter handle of the RRR movie shared the look and mentioned, “Empowering his people is his defining characteristic. His strength lies in his emotion. Presenting the poweRRRful avatar of @ajaydevgn in #RRRMovie.”

Ajay Devgn also shared the look on his own account while thanking SS Rajamouli, the director of the movie. His post said, “Load. Aim. Shoot. Thank you @ssrajamouli
for envisioning me in such an exciting and powerful character.”

RRR is starring Jr. NTR and Ram Charan in lead roles. Actress Alia Bhatt is also set to make her south debut in this film. The film is going to be a fictionalised telling of freedom fighters from India’s pre-independence era. It is headed for a Dussehra 2021 release i.e. 13 October 2021.