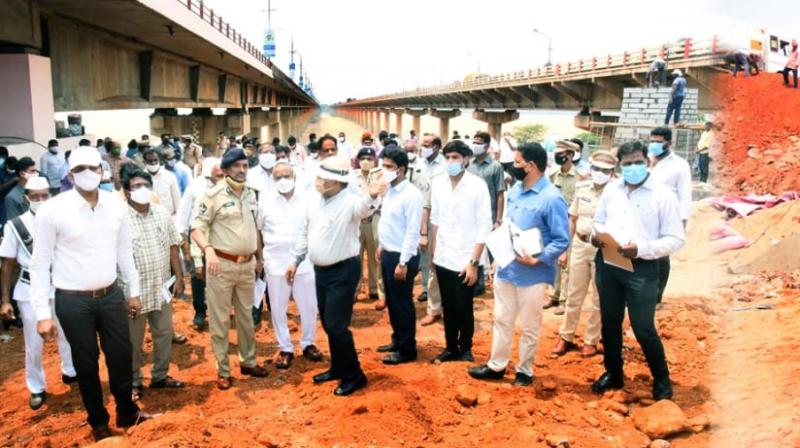 VIJAYAWADA: Chief Minister Y.S. Jagan Mohan Reddy will lay the foundation stone for the construction of a 1.5-km retaining wall at Krishna Lanka in the city on Wednesday, March 31. The estimated cost of the retaining wall is Rs.125 crore.

Endowments minister Vellampalli Srinivas, along with officials, on Monday inspected the site from where work on the retaining wall is to start. Speaking on the occasion, he said the retaining wall will help solve the long-pending problem of inundation along the Krishna River banks in Vijayawada city.

Srinivas accused the earlier TDP regime of inordinately delaying construction of retaining wall. He vowed that YSRC government will complete this project whatever the odds.

Vijayawada Central MLA Malladi Vishnu said the Chief Minister is keen on solving all development issues pending within the city, including the retaining wall to control floods.

Krishna district collector Md. Imtiaz said the upcoming retaining wall, once completed, will benefit nearly 3,000 families from impact of floods in the city.