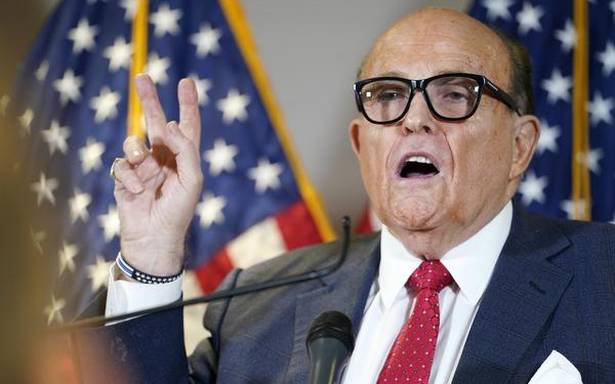 “@RudyGiuliani, by far the greatest mayor in the history of NYC, and who has been working tirelessly exposing the most corrupt election (by far!) in the history of the USA, has tested positive for the China Virus,” Mr Trump said, using a term for COVID-19 that has drawn backlash.

Mr Giuliani, 76, did not immediately respond to a request for comment.

The former New York mayor has been spearheading Trump’s floundering effort to overturn his Nov. 3 election loss to Democratic President-elect Joe Biden through a flurry of lawsuits.

That work has taken Mr Giuliani to various U.S. states like Michigan and Arizona where he has been urging state lawmakers to stop certification of Mr Biden’s win.