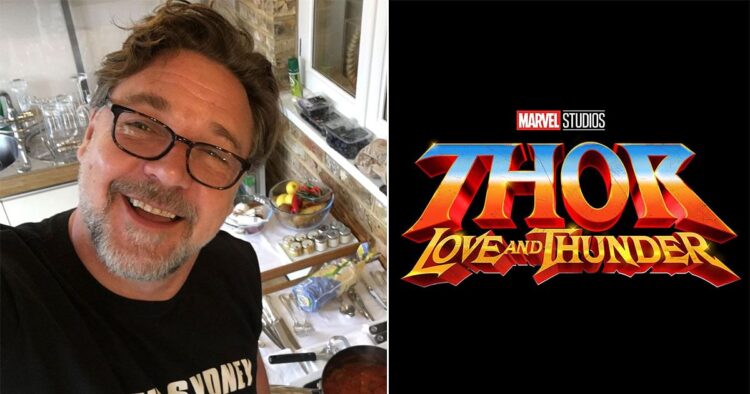 Australian actor Russell Crowe has joined the cast of “Thor: Love And Thunder”, the fourth instalment in the Thor franchise of films.

The series stars Chris Hemsworth as Thor along with actress Natalie Portman plays Jane Foster. British actor Christian Bale will be playing the villain in the new film.

Russell Crowe’s role is being kept under wraps and the makers hoped to surprise fans with a fun cameo when the film was released, according to a report in Deadline. However, photos of Crowe hanging out with the cast as they shot in Australia were out on the Internet recently.

According to the report, insiders suggest that Russell Crowe is one of many surprises to come in the film, with Matt Damon also confirmed to reprise his cameo from “Thor: Ragnarok“. Actress Melissa McCarthy was spotted shooting with the cast as Fake Hela.

Must Read: Sharon Osbourne Is Reportedly Getting $10 Million To Walk Away From ‘The Talk’