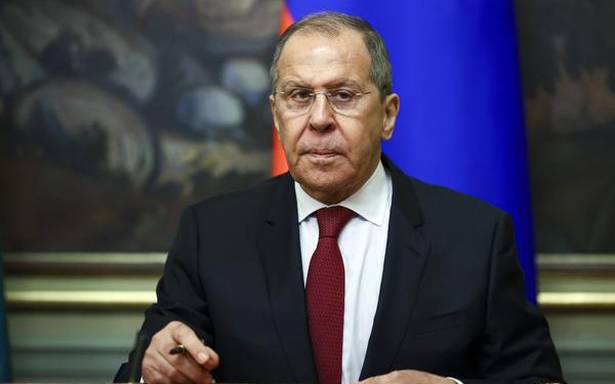 Russian Foreign Minister Sergey Lavrov will pay a two-day visit to India during April 5-6, said Maria Zakharova, spokesperson of the Foreign Ministry, in Moscow. Mr. Lavrov is scheduled to interact with External Affairs Minister S. Jaishankar and hold talks on the ongoing peace process in Afghanistan. He will be accompanied by Moscow’s Special Envoy on Afghanistan Zamir Kabulov.

The visit indicates intensifying diplomatic conversation among the stakeholders in Afghanistan as the May 1 deadline for U.S. withdrawal from the war-torn country nears. The U.S. government under President Joe Biden is yet to spell out a clear strategy on the timeline for withdrawal framed by President Donald Trump’s administration.

The visit is being interpreted as Russia’s attempt to brief India on the latest developments in the Afghan peace process where the Taliban and the government of Afghanistan are in discussion about resolving differences. Moscow hosted a summit on March 18 which left out India. The summit, in which the U.S., Russia, China and Pakistan participated, urged the Taliban and the government of President Ghani to accelerate peace talks.

The visit acquires significance as Mr. Lavrov and Mr. Kabulov are scheduled to fly to Islamabad from Delhi to hold a round of negotiations with Pakistan. Pakistan has traditionally argued to exclude or limit India’s involvement in the Afghan peace process.

At the 9th Ministerial Conference of Heart of Asia – Istanbul Process on Afghanistan in Dushanbe, Mr. Jaishankar this week urged for a “double peace” formula. He said Afghanistan will have to have both peace inside and outside its borders. Interestingly, U.S. Special Presidential Envoy for Climate John Kerry will be in Delhi at the same time as Mr Lavrov.

The two sides are also likely to discuss vaccine-related cooperation to combat the pandemic.